FreeSync: All you need to know about AMD's ultimate image tearing solution • HWzone

The new and spoken technology of AMD Which promises to allow you to have a smooth and complete gaming experience without sacrificing performance here, and we are here to explain to you how and how you can enjoy it

What is between G-sync To-FreeSync, And how these technologies should help us get rid of VSync once and for all? Here is a brief overview of those who find these concepts vague.

What is the whole thing about Sync?

Anyone who ever enters the game's graphics options screen has probably encountered the VSync option, a shortcut to Vertical Synchronization. This is intended to solve a visual problem of "rips" in the image, which can be more or less severe, depending on the game, and is more pronounced when moving sideways. These tears are created as a result of the lack of synchronization between the fixed image refresh rate of the screen and the usually-changing frame rate of the game.

Veteran solutions like Double and Triple Buffering allow games to work on the next frame construction without waiting for a screen to update the image in the current frame found in the display memory. This allows for more efficient utilization of graphical processing and animation faster and smoother. But even with Triple Buffering, the screen feed still has information from two successive frames (or more), which looks like the image has been broken where one frame information is exchanged for the frame frame after that - hence the famous rips.

Here comes the VSync picture. Enabling this option causes the game to wait, after creating a new frame, for the next refresh of the display (which occurs on most flat screens approximately 60 times per second), to ensure that this refresh does not catch it in the middle of the frame update, resulting in image tearing in most cases. Great - and we could go on and forget about the whole phenomenon, if VSync wasn't a solution that creates no less serious phenomena than the original problem it was intended to answer. This happens because VSync puts wait times into the graphics processor work cycle, resulting in varying degrees of hardware, slowing the frame rate per second and delaying the display response to player instructions or, simply, a less flowing and less accurate gaming experience. On screens with a higher image refresh rate, such as 120 Hz, the problem is less severe but may still be felt.

What to do? Instead of adjusting the graphics processor's processing rate to the screen refresh rate, adjust the screen refresh rate to the frame rate per second that the game engine generates at any moment. This is possible because today's screens, unlike the old cathode ray screens, do not need to refresh a picture every few milliseconds so that it does not fade away; they can afford to wait for a sign from the graphics card and update the picture just as soon as it has finished preparing a new frame. Screening the screen with graphics hardware is the essence of G-Sync and FreeSync, two competing solutions that come, respectively, from notebooks NVIDIA and-AMD.

G-Sync against FreeSync: The War of Synchronicity

G-Sync, which came first on the market, is based on an NVIDIA hardware component integrated with compatible screens, Scaler that controls their image refresh rate in the range of 30 and 144 refreshments per second. The technology has been convincingly demonstrated, however The screens that support it Starting last year are still likely to be expensive, and to enjoy it you will need a card of NVIDIA Which belongs to the series 600 and above.

On the other hand, AMD's FreeSync is based on existing technology, Adaptive Sync (not to be confused with Adaptive VSync, an enhanced VSync type that is integrated with NVIDIA's driver and can automatically turn the option off and on according to the game's frame rate). Adaptive Sync has been part of DisplayPort 1.2a, the modern interface for connecting video and monitor sources, and VGA and DVI for several years. However, not every display that supports DisplayPort 1.2a will also support AMD's specific FreeSync application, so here we are limited In the selection of monitors.

On the other hand,AMD Does not manufacture and sell its own dedicated scaler and display manufacturers are free to choose from the variety of Adaptive Sync components available on the market, FreeSync monitors, which have only started arriving in recent months, are expected to be cheaper on average than G-Sync monitors. Here, too, you will need a recent card AMD To use technology: Anything from the HD 7000 series or higher supports theFreeSync For the secondary purpose of saving energy (lowering the screen refresh rate when no frequent visual update is needed), but to take advantage of the technology for gaming purposes you will need R7 260 or R9 285 / 290 / 295 cards.

Both solutions work in slightly different forms, however Early performance tests They did not find any notable differences in quality, compatibility, or speed, and it can be said that both technologies deliver identical results in 99 percent. The most significant difference is how they behave when the game frame rate goes up or down from the screen's refresh rate range: when this happens, G-SYNC It behaves as if the game works under VSync, with familiar consequences, while FreeSync Selects to disable synchronization, and may suffer from image misruptions.

Beyond your preference If you withdraw back to the VSync solution in extreme cases where the game exceeds the refresh rate available to the screen, the deciding factors between the two alternatives are the display price and the graphics processor you want to put on your computer; If you've already chosen one for the next year or two, you do not have freedom of choice anyway,NVIDIA (And Intel) are not currently planning to update their drivers to support the monitors FreeSync.

Not optimal to demonstrate it through YouTube video, but here 's a technical demo of AMD Which demonstrates the animation quality changes with and without FreeSync:

The first FreeSync supporters' screens came to the market recently. Four of these are already available for purchase and another seven are expected to join them in the near future. Among the retailers and stores you will find the largest model announced to date to support AMD technology, LG's 34 "ultra-wide screen called 34UM67-P. The impressive surface of this IPS panel monitor is not fully supported by high pixel density (its separation is 2560 on 1080), and its ability to utilize the FreeSync Fully damaged slightly due to limited refresh rate range (48 to 75 Hz), but its build quality and image are considered good for the price - 650 dollars. His little brother, the 29UM67-P, is similar to him besides reducing the display size to 29, "and sold for $ 450. 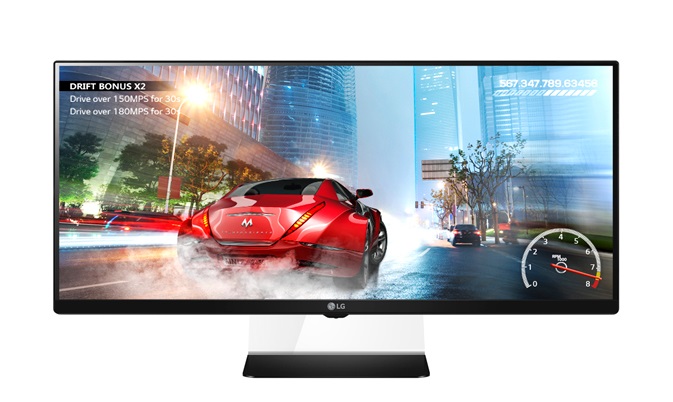 A smaller screen, based on a higher quality TN panel, another monitor that is already available is theBenQ XL2730Z"27" screen at 2560 resolution on 1440, which is expected to have an advantage in response and contrast, but supports less viewing angles. Since it works at refresh rates between 40 and 144 Hz, the BenQ will continue to be in sync with your graphics card The game rate dropped below 48 or exceeded 75 frames per second (you will still need a serious graphics card to maintain the rate of above 40 prime / second at the natural resolution of the screen.) Its official price is 800 dollars, but it can be found at 700 , In 650 and even At 600 dollars. 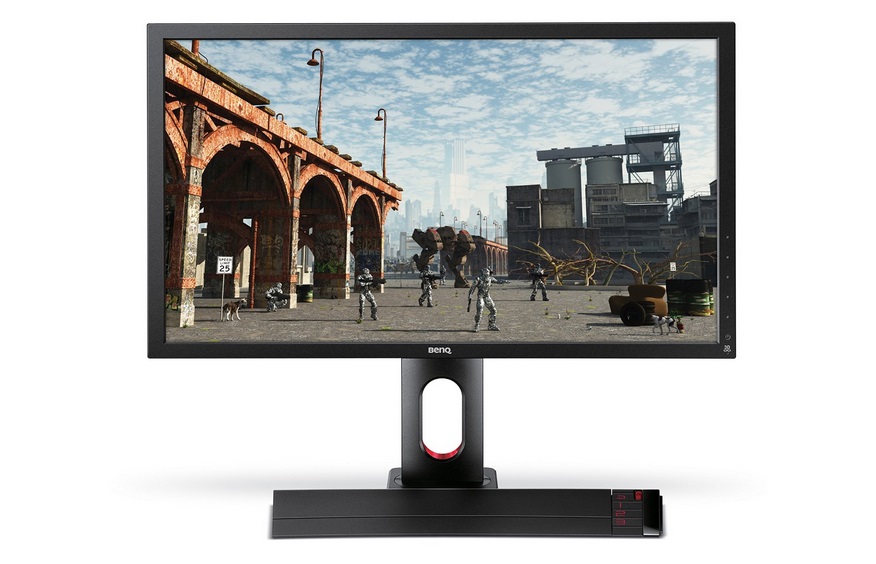 Acer also has a TNS-based FreeSync panel based on WQHD resolution (or 2560 on 1440 pixels) and a refresh rate of 40-144 Hz,XG270HU. The quality of the image is slightly less, according to reviews, than the BenQ XL2730Z, with more color distortions at sharp viewing angles, but the expense is easier, with an official price of 500 dollars.

Five of the FreeSync screens that are supposed to land on summer shelves will come fromSamsung, In sizes between 23.6 "and 31.5" and under two names, the UE590 and UE850. Their uniqueness will be in support of resolution 4k Of 3840 on 2160. On the other hand, their maximum refresh rate will be 60 Hz only, but if you run games at the native resolution of the monitors, perhaps a frame / second rate above 60 will expose you to the troubles of the rich. Their minimum refresh rate is based on early data on 40, so that the support of the X-4k The goddess inFreeSync You will need to perform a delicate graphic balancing task to create a gaming experience that does not often exceed the 40-60 frame / second range.