The younger brother of theTitan X is expected to land this summer, with near-identical specifications - and a seemingly lucrative price tag

We have not yet calmed down From the launch of the GeForce GTX Titan X About ten days ago, he suggested Unprecedented performance Single core cardBut also a price tag that he was very keen to recommend in the face of the alternatives), And it seems that the talk is already starting on who will continue his path.

According to recent reports, NVIDIA may repeat its steps from the Kepler generation and launch a product that will be very similar to its flagship card - but at a more attractive price. In the previous generation, it was the GTX 780 Ti launched a little less than six months after the original GTX Titan, and this time it looks like it will be the GTX 980 Ti, which will The Titan X is irrelevant Only a few months after it was launched.

So what will the GeForce GTX 980 Ti give us? It looks like this will be another model that will offer the new and larger GM200 core with full exclusion, with 3,074 CUDA units deployed to 24 SMM clusters, and alongside 192 texture units and 96 restoration export units. The GTX 980 Ti will offer half of the Titan X's memory volume, "only" 6GB of GDDR5 memory at the same effective 7GHz operating frequency (which should still be enough for the vast majority of existing uses around the world) - with the big surprise of the new model being made Be working frequencies that are about 125MHz (base and turbo) higher than those of the Titan X, and can give it Performence Are slightly better than those of the monster in 1,000 dollars.

If that's not enough, the price of the GTX 980 Ti should be significantly lower than that of the Titan X - probably $ 700, much like the GTX 780 Ti at launch, which could make it a real alternative to the GTX 980 with extra Performence Which justifies the extra price, at least for those who can afford it.

It is currently unclear whether the GeForce GTX 980 Ti will be launched this summer, or if a little later - on the face of it, the timing of the launch seems to depend mainly on the volume of Titan X sales and the launch date of rival AMD's intended models, Which would be able to give a proper fit to both GTX 980 and Titan X And we were careful NVIDIA Pull out the heavy cannon. 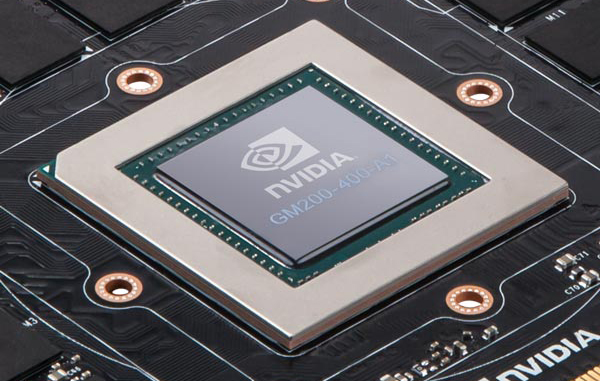 Look better than the GTX 980 Ti or prefer to focus In Radeon R9 390X? Share comments with us.