TournamentStarCraft II The largest in Israel is underway: HWzone.co.il In cooperation with the Zerling site and under the auspices of the Company Gainward The world decided to promote electronic sports in Israel a step further and organize the championship ישראל Open inStarCraft II.
We are pleased to announce the opening of the Israel Open Championship inStarCraft II של HWzone.co.il Sponsored by Gainward. Recognizing that SrarCraft II Is the title of the most prominent strategy in recent years, and out of a desire to promote the gaming community in Israel in general,StarCraft II With prizes worth thousands of shekels. The present step is but one of several initiatives taken to help the gaming community in Israel grow and thrive. to another Open several game servers For prominent headlines, the time has come to take another step forward.
Israel Open ChampionshipStarCraft II Will be held in full cooperation with The Zerling site, Which is a place meeting The hard core of the players -StarCraft In Israel. The cooperation is designed to ensure that the tournament is conducted as professionally as possible. As part of the championship, live broadcasts andVODs Of the most sought-after games by prominent broadcasters in the Israeli community.
The tournament was made possible thanks to the company Gainward Which aims to promote the gaming market in Israel and directly support gamers through award-winning tournaments. Company Gainward Is a leading manufacturer of video cards, and the tab is known for quality components, invested cooling solutions and captivating design. The prizes are a gift Gainward The following are divided into the tournament:
First prize: Gainward GTX560TI 1024MB D / DVI HDMI DDR5 Worth NIS 1250 A gift CRG, Importer Gainward To Israel. 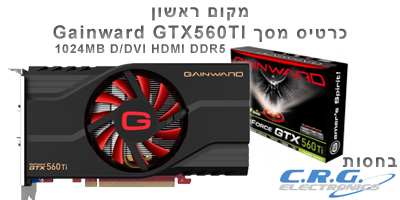 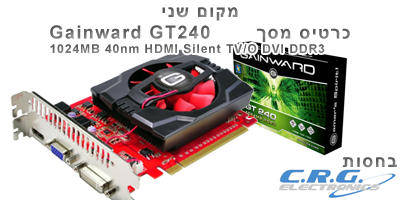 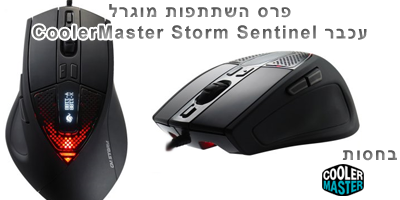