The decline of the tablet

It's a little hard to believe the state of the tablet market today. When Steve Jobs introduced the iPad a few years ago, he launched a revolution no less (or so they thought) than the iPhone began. Analysts rushed to eulogize thePC And even the netbook market, the cheap laptops that were very popular at the time, almost disappeared overnight. Run ahead for today and the situation can not be any different. God-PC Still with us here versus the countless analysts who still want to eulogize it for some reason, the ultraboks market, small but powerful computers, blooms ever before and even netbooks still hang around in stores. So what happened here? 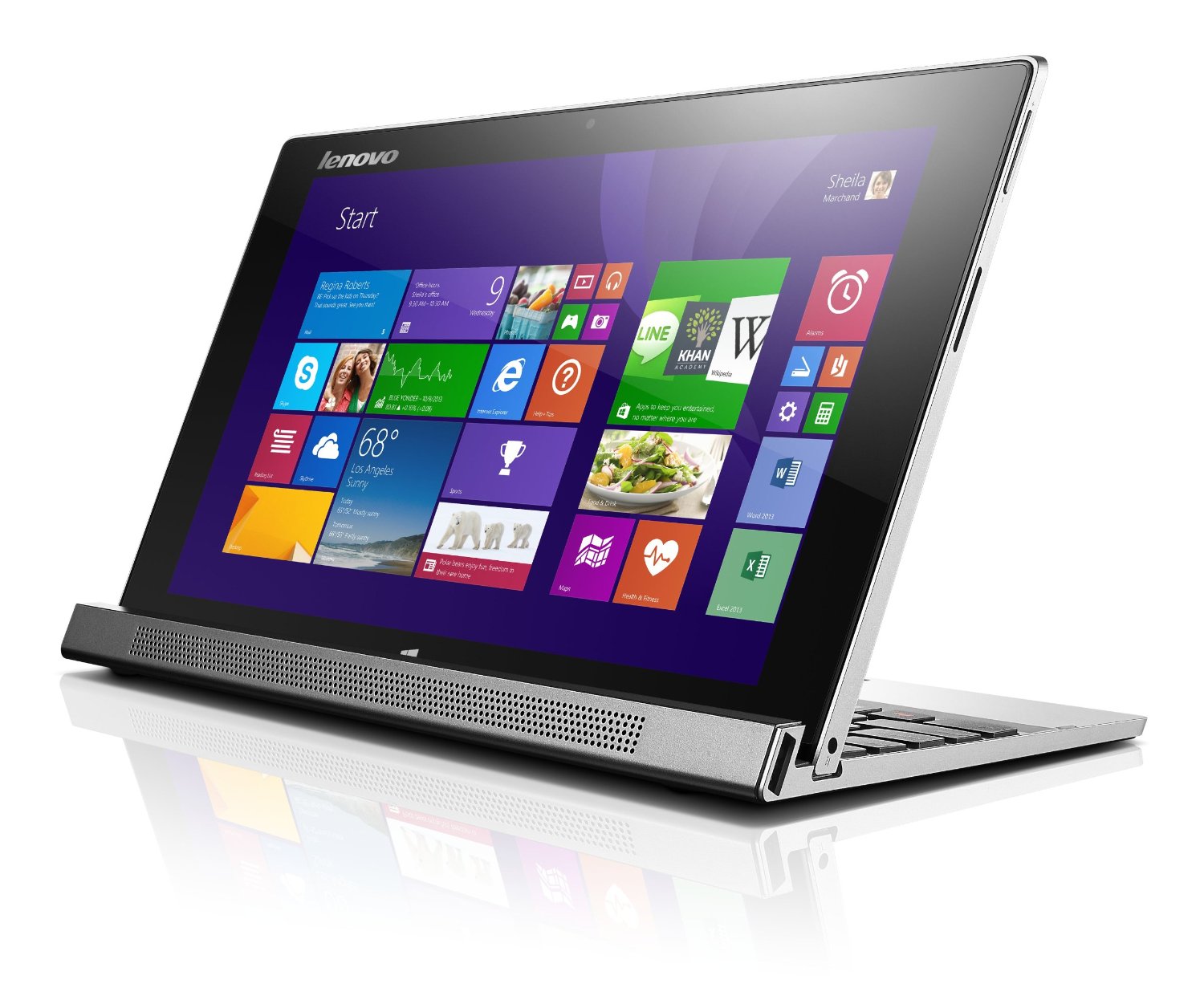 The quick answer (it's still a review of the product rather than an opinion piece) is that the rise of smartphones coupled with the increase in their average screen size has made tablets a niche market that is diminishing as smartphone penetration grows. Add to this the fact that content consumption, which is the main use of the tablet, does not require very strong hardware, and so also Tablets Purchased a few years ago still provide their owners so they do not feel the need to upgrade their tablet.

Today we will examine טאבלט From home Lenovo Chinese company, which is well known in the country especially for computer series Mobile its. So without further introduction, let's start with criticism.

I could have sworn I'd seen an apple somewhere

I have to say that I did not expect much on the design front from the tablet of a Chinese company that runs Windows and is intended for the middle market. really no. So I tell you that the design of the mix jaws will understand how much I do not exaggerate. It's one of the nicest gadgets I've ever been able to hold, not to mention one of the nicest. From the tablet itself, wrapped in brushed aluminum in the back and features the added keyboard, it is a pleasure to the eyes, at a level that I thought could be expected only from the products of Dark (Which undoubtedly had a profound effect on the design with its MacBook Air series). 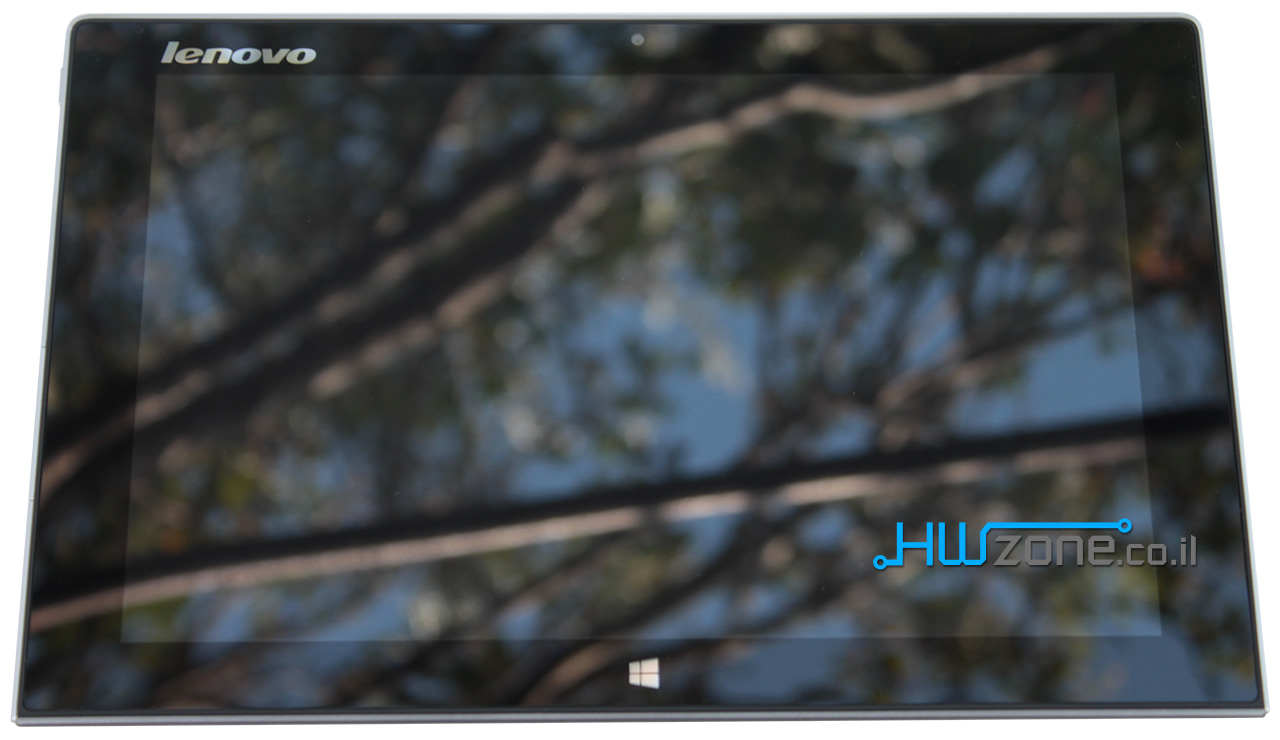 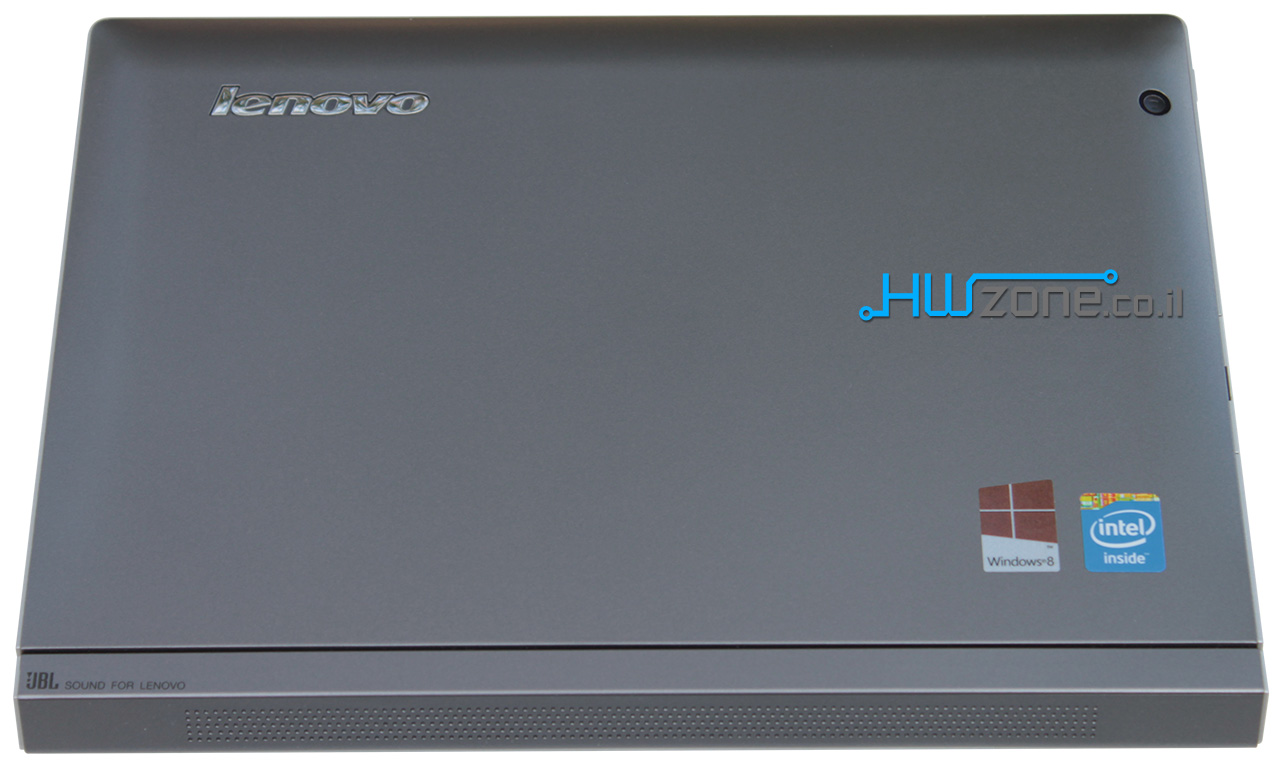 But the excellent design is not only expressed in aesthetic appearance. The assembly quality is the highest you will find when it comes to a very challenging product (the tablet connects to the keyboard in different options, more on this later). In each of the connection possibilities, the feeling was excellent and for a moment there did not seem to be a certain compromise on the quality of the assembly. His ambition is serious for Lenovo.

As befits a device designed to run Windows, the tablet comes with more than average connectors, and beyond the charging and headset connection that you would expect to find in any product, the mix also contains a micro HDMI connection and connection USB Standard size. A nice addition is the option to use a micro SIM, so there is no need to use only theWi-Fi.

Personally, I never connected to laptops because their keyboard is simply not convenient for me. But somehow Lenovo Have been able to provide the most comfortable and useful keyboard. The keys are large and spacious and the rolling surface is large and comfortable to operate. Everything you could expect from a keyboard (almost). Using the keyboard not only adds the ability to type but also two more connections USB And a small subwoofer on the front of the keyboard.

The truth is that for a long time I was not as enthusiastic about the exterior of a gadget as I was about the mix. Attention to detail is one of the highest I have seen and the uncomplicated connection of two large and integral parts to each other is performed in a respectful manner.

3 8, 10.1, and 11.6 inch screen sizes. The model is the size of the 10.1 inch that comes with a full HD screen. The screen looks great with precise colors, high resolution of course and the most impressive viewing angles, an essential feature for the device to be used as a shared viewing station. The only review I have about the screen is its reflection, which makes the tablet less or less visible.

So what is that טאבלט Hybrid in general?

As mentioned, the mix can be used in 3 different modes. As a separate tablet for everything, connected to the keyboard as a laptop configuration or connected to a keyboard with the face to the other side, in a media player configuration (you can also put the tablet face down on the keyboard and actually "close" it). Before I get into the various uses, I must note again the convenience of connecting and disassembling the tablet in each of the situations. The keyboard has a diagonal recess that allows the tablet to be connected at different angles, and the interface to the keyboard is done by a number of pogo pins at the bottom of the tablet, along with a magnet that holds the tablet in place. For different work modes, with each mode having its own pros and cons. 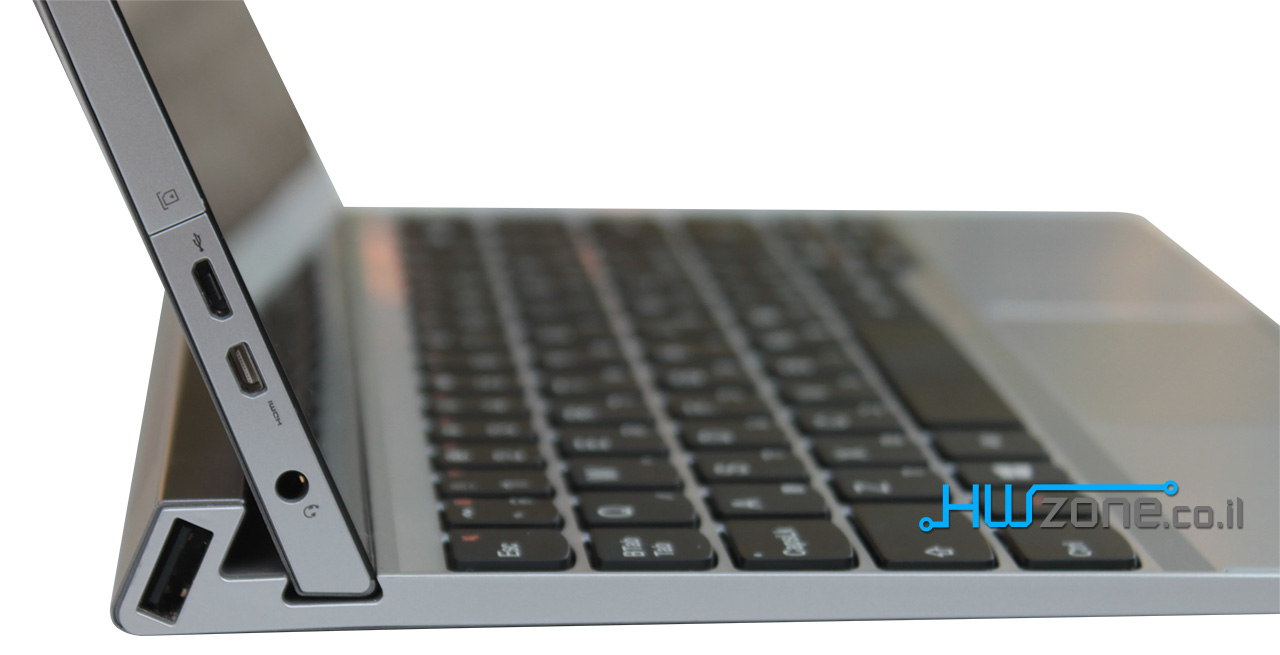 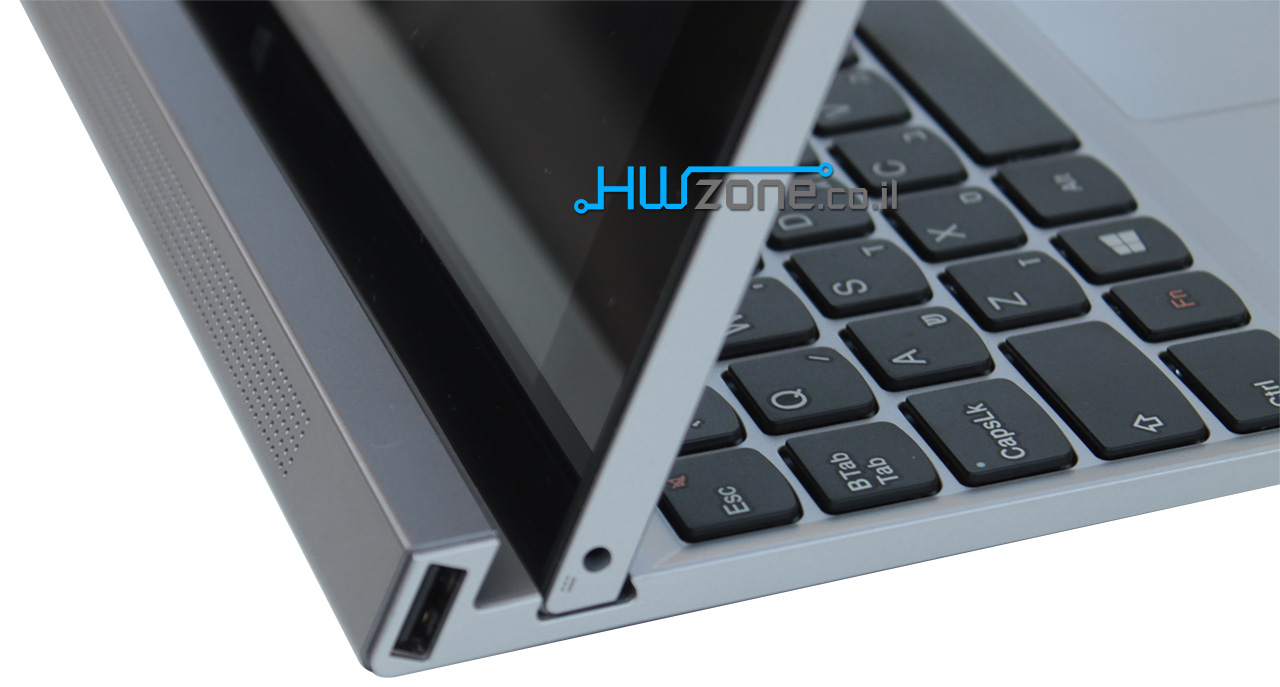 On the performance front the tablet is surprisingly good, as the Intel Atom Z3740 processor manages to carry the system quite impressively… as long as you are not trying to run too many applications at the same time. The fact that the tablet comes with only about 2GB of LPDDR3 memory certainly contributes to this fact, but in "relaxed" use the tablet as mentioned is surprising in its fast response. This is no doubt due to the improvements that Windows 8 has introduced regarding working with computers with relatively weak hardware. It is worth noting that the mix comes with a 64GB drive SSD, Which together with the option to add a micro SD card, is an excellent and satisfying basis for your content.

The volume is excellent, even when the keyboard and the small subwoofer attached to it are not used. It really is sound at excellent levels, as befits a tablet with room for large speakers. When you use the keyboard as a docking station, the attached subwoofer adds some bass dimension, but you will not expect a dramatic difference. The total sound is more than enough to sit and watch a movie. 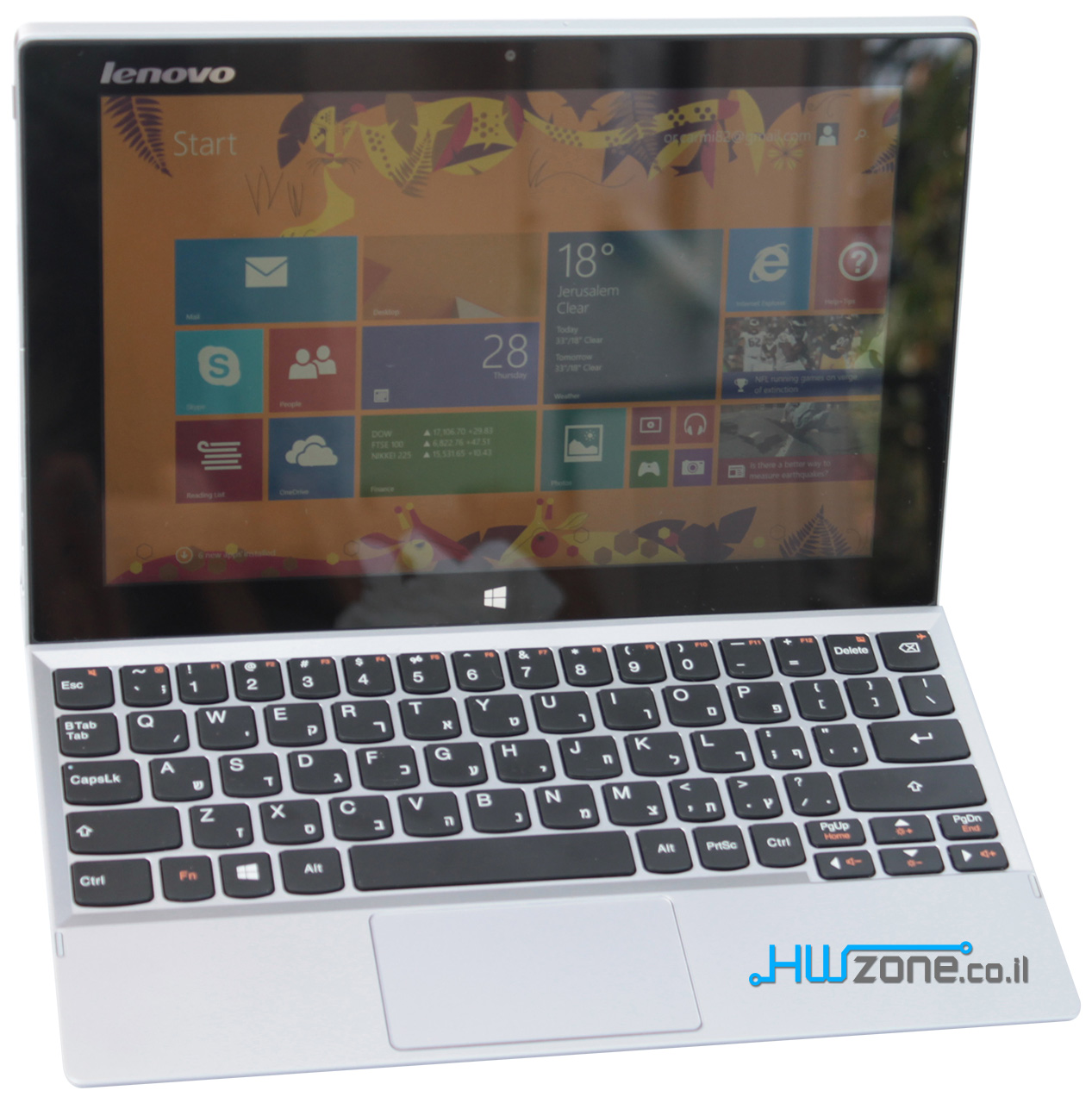 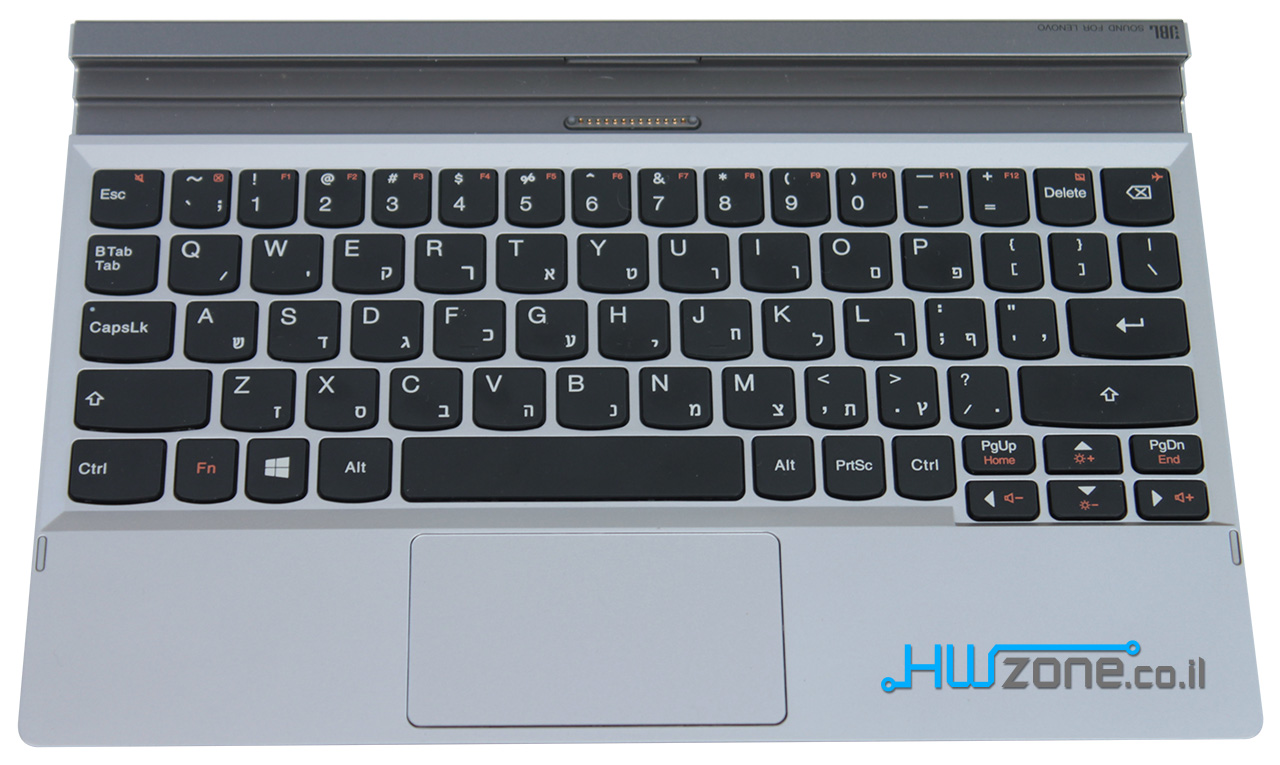 Battery life is quite affordable, but not impressive. In normal use, I spent a whole day working on the tablet and using a heavier one that included watching videos and browsing through theWi-Fi Drain the mix battery in a few hours. As stated, are not allowed, but definitely acceptable to the device at such a price.

Cool and interesting, as long as you do not think about it too much

It's hard to find bad things on the mix tablet, really. This product looks good, built in an excellent way, works very well and does not cost too much money. The performance is not in the sky but definitely matches the price level. It's even fun when the dynamic connection to the keyboard makes it interesting and entertaining to use. So why would not I recommend that anyone buy it? Because there is no real need for it. 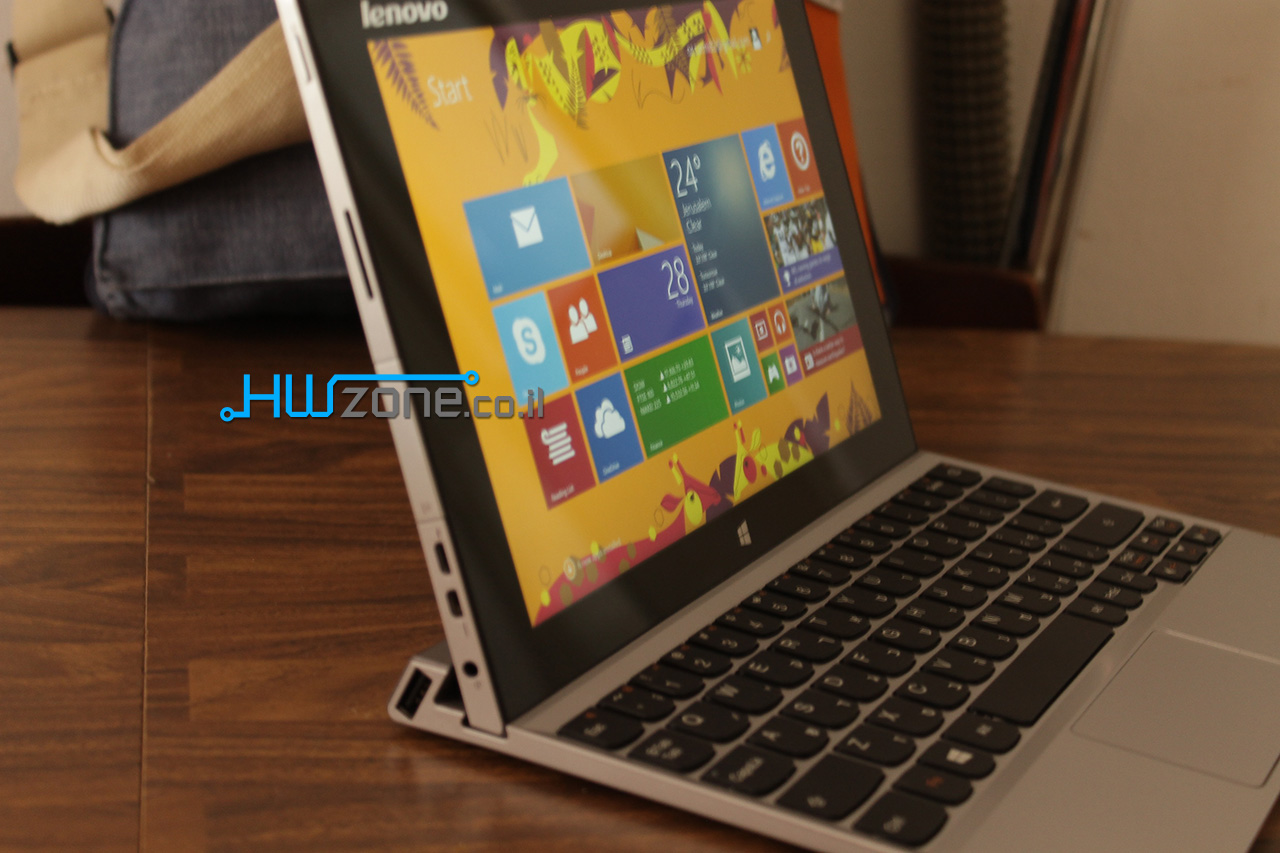 Do not get me wrong, the 2 mix can be a great gift for any gadget enthusiast. But if someone was thinking of buying a product that would meet specific needs, the 2 mix would never be the answer. Want to work on your computer? You'll invest a little more and get a more powerful Ultrabook with a little extra price. Want to enjoy only media? I would buy the Sony Z3 tablet or even IPhone Before I would buy this tablet. If I really missed using the keyboard, then I would probably buy a plugin. But it's hard for me to imagine a scenario where the answer to the question "what should I buy?" Will be Mix 2. And it's not his fault, he's just in such an imaginary category, which exists only as a means of marketing and not really as an answer to a real need. Despite all this, I missed him when I had to bring him back. really. But I wrote this review on a desktop computer and not on it, and maybe that says it all.