By mce
68 minutes reading
introduction
In recent years, the market for closed-circuit watercourses has entered the mainstream. If at first the only companies that offered closed-circuit watercourses were Antec and-Corsair Today there are a large number of companies that offer closed-circuit water cooling solutions.
Until recently, all the watercourses in the market were produced by two manufacturers who were duopol - Cool IT and-Asetek But lately we have been seeing a growing number of water cisterns that are not produced by these two companies -Nepton Of the company CoolerMaster. The C-Nepton In contrast to previous water coolers, the company uses a pump designed by CoolerMaster itself.

Today I will survey Cooling The new water of CoolerMaster sample Nepton 280L. Similar to theH110 From home Corsair , Cooling God-Nepton 280L Contains a double radiator the size of 280 millimeters in a closed circuit. 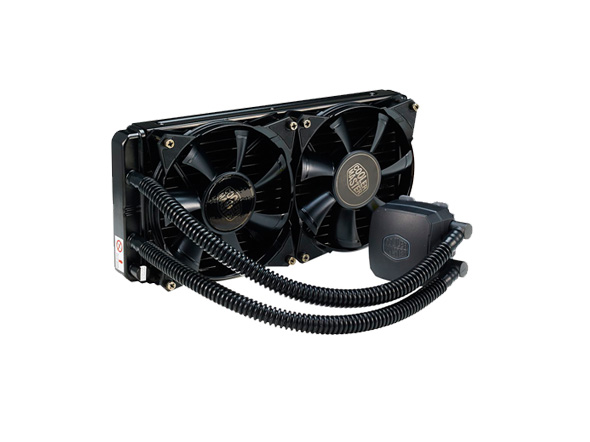 How does overall cooling performance and how relative to-H110 ?
Answers below.
ID - CoolerMaster Nepton 280L
Packaging and packaging
Cooling theNepton 280L Comes packaged in the same manner as the rest of the water chirps from within CoolerMaster. The packaging comes in black-purple colors with the image of the product and the characteristics that stand out from the front along with additional details from the back.
What's in the box?
Cooling water - that's how it works
Cooling theNepton 280L Works in the same manner as the closed water cisterns on the market.
The cooling consists of a block, a pump, a water tank, a radiator and a fan.
The block - The block sits on the processor, passes through water and is made of copper at the point of contact. Its purpose is to transfer the processor heat to the water inside it.
The pump - The pump sits above the block and is responsible for the flow of water in the refrigerator, like the heart in the human body.
The container– As its name, its function is to contain water that is not currently used and from which the pump draws water. The container is placed on the radiator.
The radiator - The radiator passes through the water to cool down. The radiator works in the same way as air coolers when the hot water in it warms the metal fins while a fan cools those fins and they in turn cool the water.
The fan- They pump air into the radiator fins and cool them
Page 1 from 3
123הבא
Tags: IntelCorsairCoolingAntecCooler Master