Spectra x360: The HP Ultrabrick Hybrid is a favorite of the new critics • HWzone

Flexible, robust, efficient but slightly heavy - the many advantages and disadvantages of the hybrid mobile fromHP Make him a heavyweight contender for the equivalent Ultrabook title of the year

A new hybrid laptop has come to market, combining the Ultrabook and tablet that he inherited from HP to its Spectre 13 x2 model last year. In the wake of the Spectre x360, a thin mixture designed by HP in collaboration with the company Microsoft Office, Come registrations and reviews, and the verdict is positive until very positive. What did she bring? HP For the new 13.3-based model "that makes it a favorite visitor?

First, unlike the 2014 model, which used it as a pure tablet required disconnecting the half that includes the screen (and most of the hardware on the device) from the half of the keyboard, the x360, as its name implies, folds all the way to close back as a thin surface (15.9 mm), with The screen outwards. Anyone who doesn't mind the size and especially the weight (1.47 kg) will be able to move the computer from standard, keyboard-based or tent-like mode for stabilized touch use to configuration טאבלט Full. 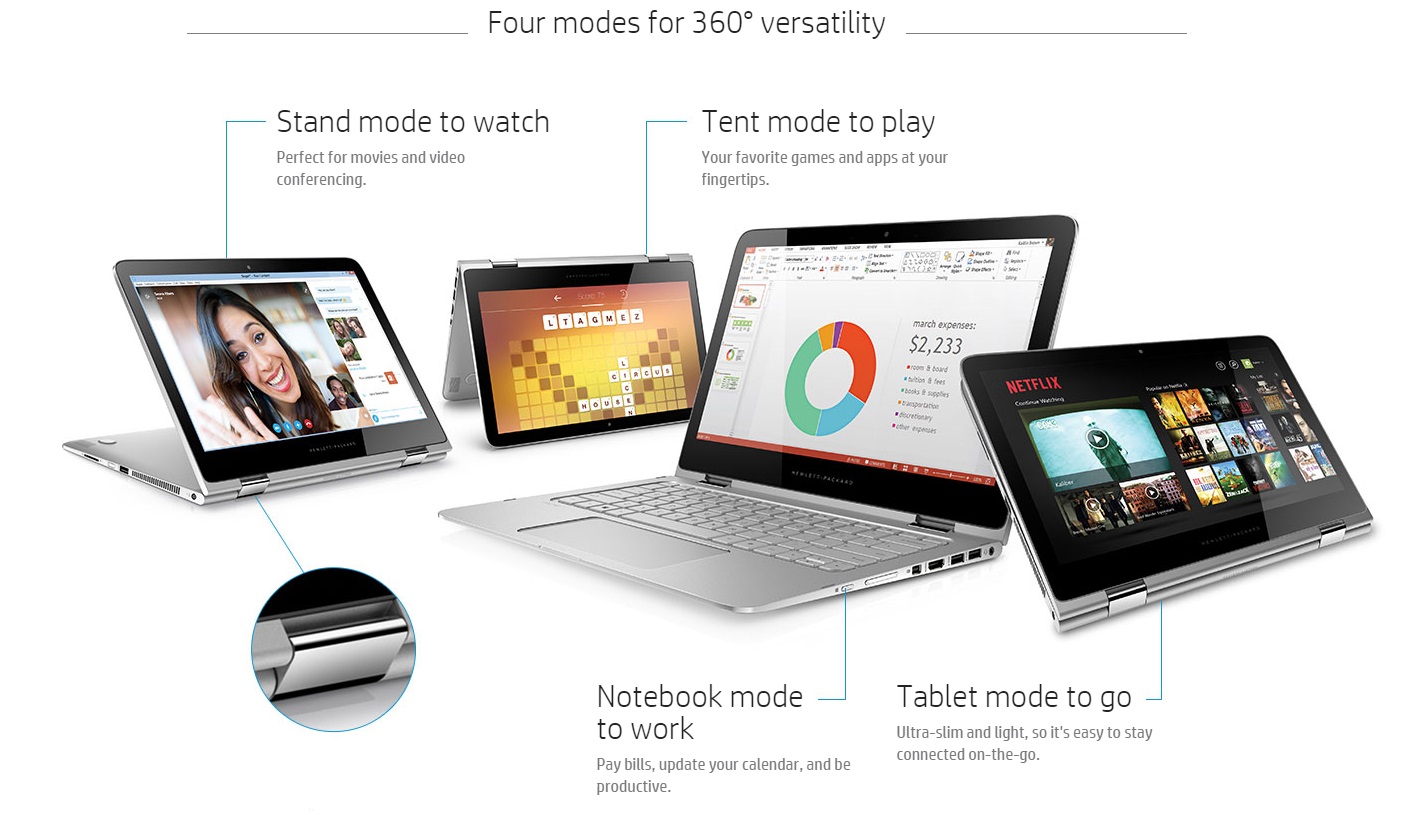 Previous models in the Specter series, like many in the sub-category, have been accused of imitating the aluminum Air bottle design. The same is true again with the new model, this time tending to xxNUMX's "inspiration" sourcesLenovo Yoga, Equipped with hinges similar to folding the computer from closed to tablet and back. As far as the copying of the competitors is concerned, it is a successful choice of the characteristics for copying.

An advantage that x360 can claim to be credited to many of its competitors is the keyboard, whose spacers are spacious and have sufficient 1.5 mm depth: The noteworthy keyboard quality of the non-hybrid Specter 13 seems to have moved to the new model fully. It is also comfortable and accurate, and for its flimsy category, x360 has quite a few openings: three USB 3.0 connections, a plug DisplayPort Mini with full-size HDMI port, integrated headphone / microphone connection, and card expansion slot memory.

The quality of the 13.3 touch screen is considered good, if not exceptional, and comes in full HD of 1920 on 1080 pixels in both cheaper variations, and in 2560 QHD on 1440 pixels in the premium variation. 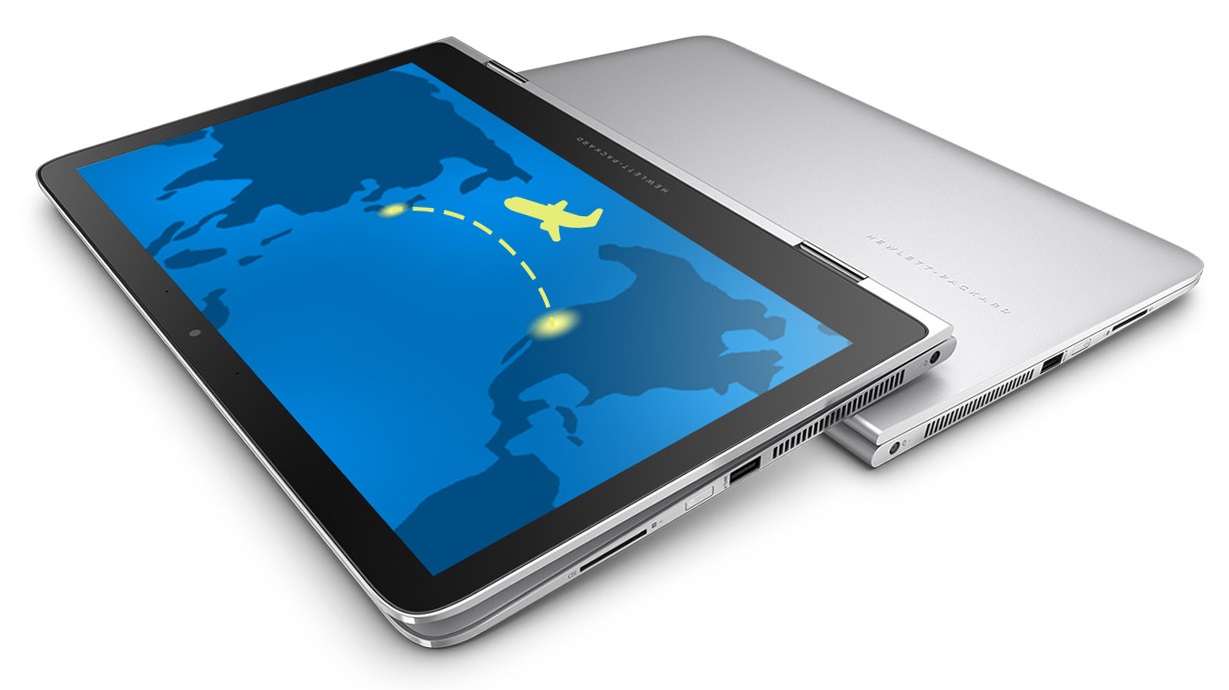 For the wheels that drive the entire system, the X360 comes equipped In the new Broadwell processors, The Intel i5-5200U in the cheaper specifications and the Intel i7-5500U in the upgraded specifications, which are paired with 4 and 8 Giga working memory and an SSD disk between 128 and 512 Giga. The results of the i5 models in performance tests, such as The Dell XPS 13 Equipped with the same processor, show a clear advantage over notebook computers equipped with legacy processors, although less general processing and more in graphics performance based on the HD core 5500.

Finally, the battery is another important point in favor of the new thinner, with a combination of 56 watts of power and an efficient energy management system that provides an effective working time of about 11.5 hours, close to 12.5 hours published by HP (For models with the Full HD screen, the model with the QHD screen is expected to survive two hours less).

After all the impressive features listed above, if x360 has an objective disadvantage other than weight (the yoga 3 Pro and the XPS 13 are less than three hundred grams lighter), it is on the model SSD drives, based on the mSATA interface and not on PCIe. This should, theoretically, limit the performance of the x360 disk relative to those of Mobile Based PCIe, but not necessarily in a way that will be evident in normal use. 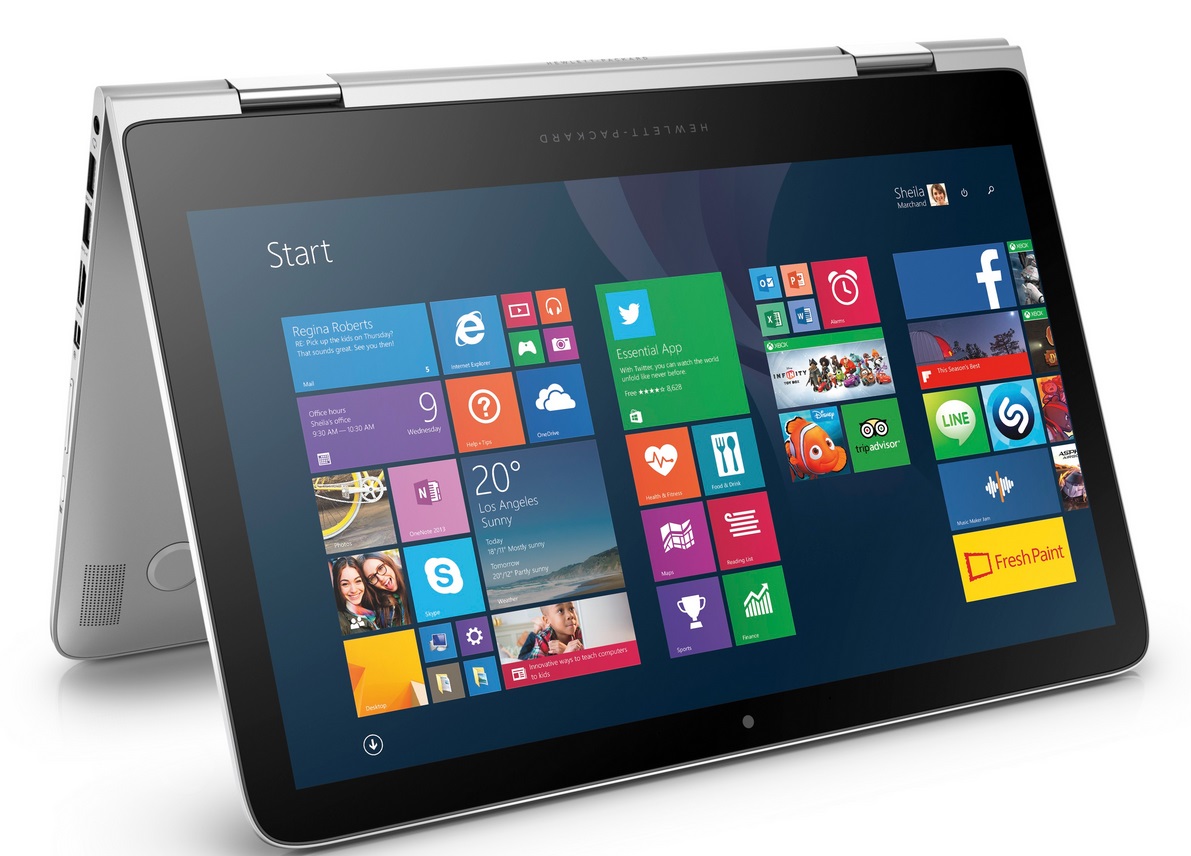 Bottom line, the new thin computer fromHP Enjoying a world of benefits - flexibility in use, combination of power and long workload before charging, excellent keyboard, design and upscale screen - some of which are bought at a higher than average weight per category. For $ 900 (i5 processor, 128 Giga disk, memory Work 4 Giga, FHD screen) to 1400 dollars (i7 processor, 512 Giga disk, memory Work 8 Giga, QHD screen), it also gives Fite a good cost-benefit to any competitor currently possible.