The USB driveSSD The new OCZ Will be the first to be based on the parent company's self-controller Toshiba, And ensures highly competitive performance for the home consumer

The days when OCZ was an independent player in the SSD market and the best friend of Manufacturer of SSD controllers (Which was also still independent in those days) SandForce is long gone - Today OCZ is a sub-brand of Toshiba Japan, And tries To regain legitimacy With a wide range of different product series designed for almost every market segment imaginable.

Now, the American manufacturer is introducing its new creation, Trion 100 - an SSD based drive TLC chips Based on cattle SSD Completely new and self - developed Toshiba Which is named Alishan, and purports to offer us a deal that will be very hard to refuse. 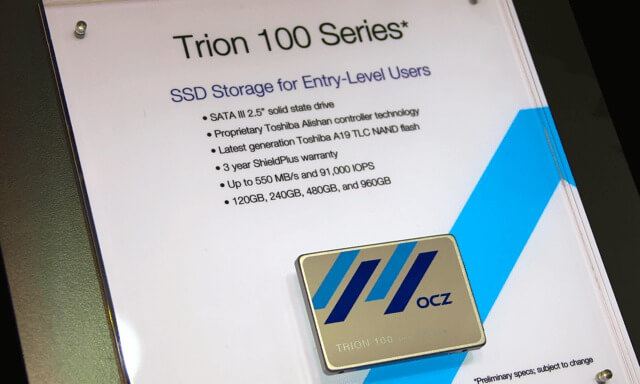 The Trion 100 will be based on TLC chips NAND In the 19 nanometer Toshiba Itself, with the old (and good?) SATA 3 connection and declared maximum performance of 550MBps in continuous operation and 91,000 IOPS in working with random files - very impressive data for a TLC drive that is also supposed to be priced at around 30 cents per gigabyte of volume storage.

The Trion 100 should be available within a few months in volumes between 120GB and 960GB, and with a three-year warranty.

Alongside the Trion 100, OCZ also presented at the Computex conference M.2 drive Named XD-JX which is based on another new, personal controller OCZ, Called JetExpress. The drive in question will initially be designed for various enterprise applications and devices, but with stated performance of up to 300,000IOPS and continuous speeds of 1.6GBps, it is not difficult to understand why we hope to see it (or any other product containing the JetExpress controller for that matter) migrate to the performance market I got home as soon as possible. 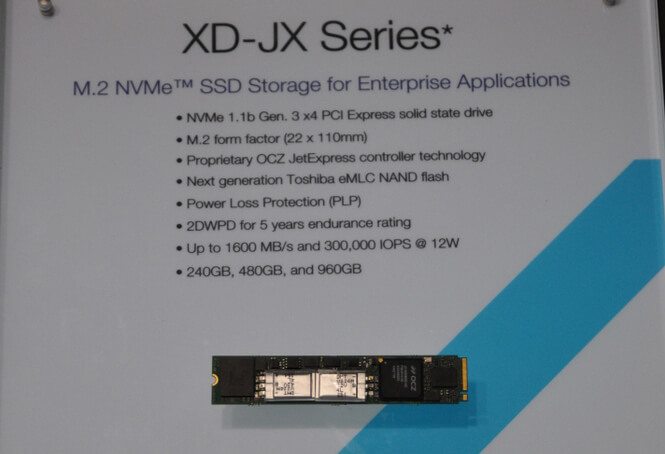 OCZ is back in business or there is not really a chance against giants such as סמסונג And Micron? Tell us what you think about the reactions.