As befits all Motherboard Advanced, the X99-Gaming G1 WiFi also includes advanced accessories on the board itself for advanced users. Next to the memory slots on the right side of the board is a power button, an LCD screen that displays numbers for monitoring faults, three buttons used to reset the BIOS, quick entry to the BIOS wrist and also points for checking voltages using a multimeter. There are also two switches, the left switch is for a single BIOS mode where no alternate BIOS will charge in case of extreme changes and the left switch is for a change to the second BIOS. There are two physical BIOS chips in the motherboard that back each other up in the event of malfunctions that prevent the computer from booting properly. 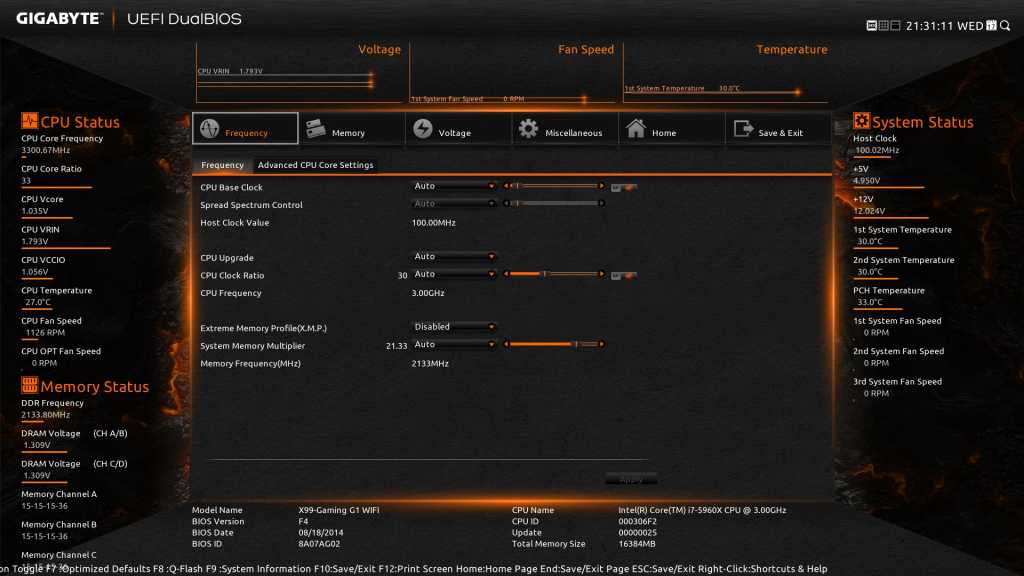 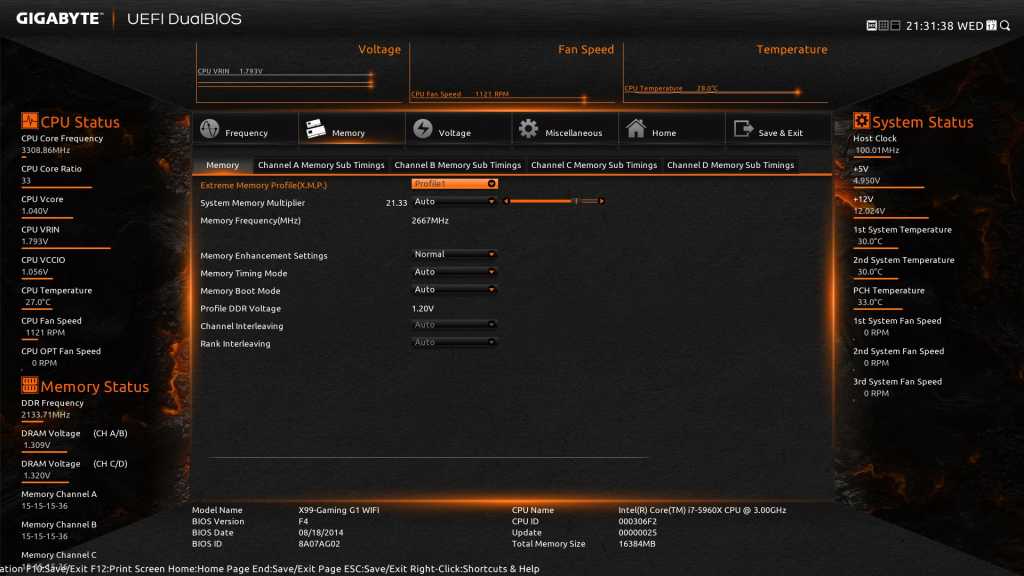 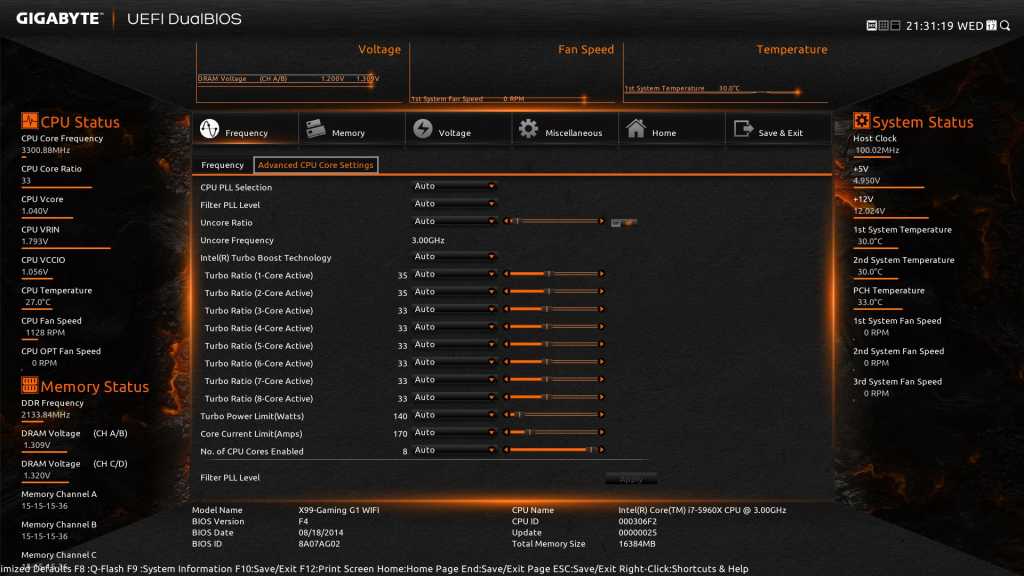 GigaBite's graphic genius in its convenience software is the one that it started working with when the LGA1150 resident and the Z87 chip set went out. Personally, it took me a while to get used to it. GigaBite's change is a bit extreme and requires moderation. Although, after a few hours of navigation and understanding of the way the bios were designed, it is quite comfortable to use.

Its most obvious advantage before all is that the bass is displayed at fullHD resolution, which not only makes it easier on the eyes but also leaves more room for possibilities. On the main page you will receive information about the voltage of system components, operating temperatures, fan speed, volume and speed of memory and devices storage Connected. 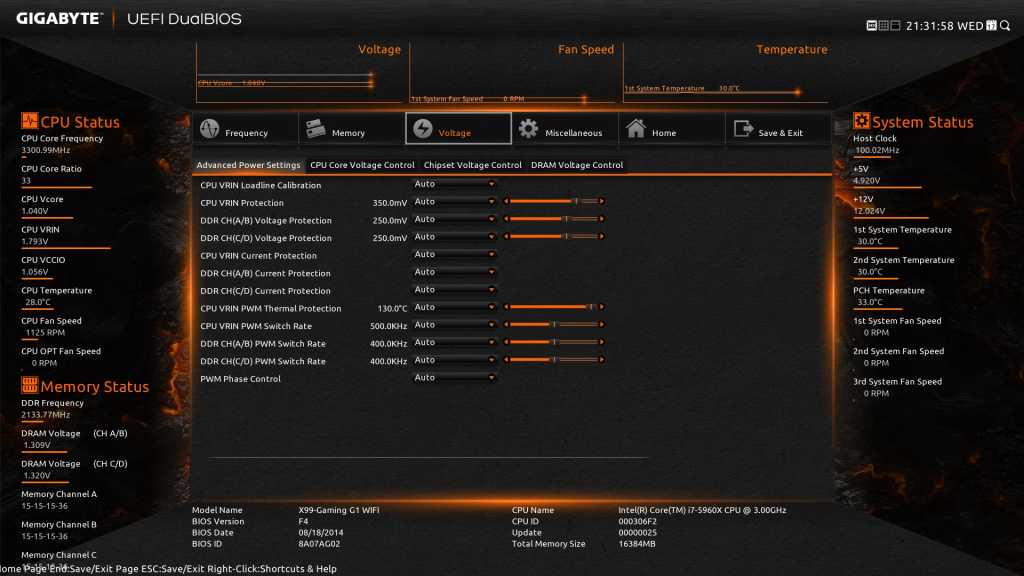 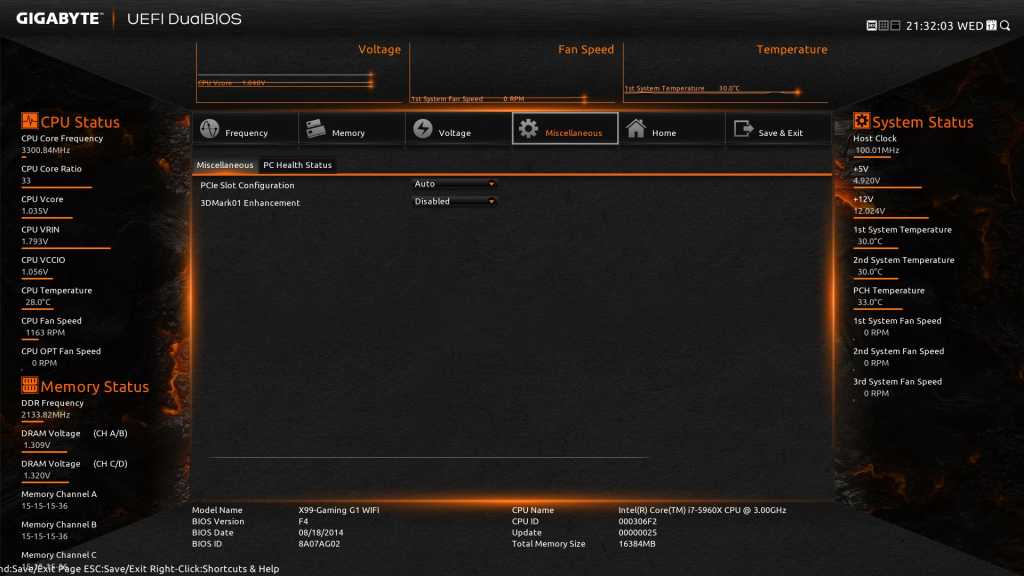 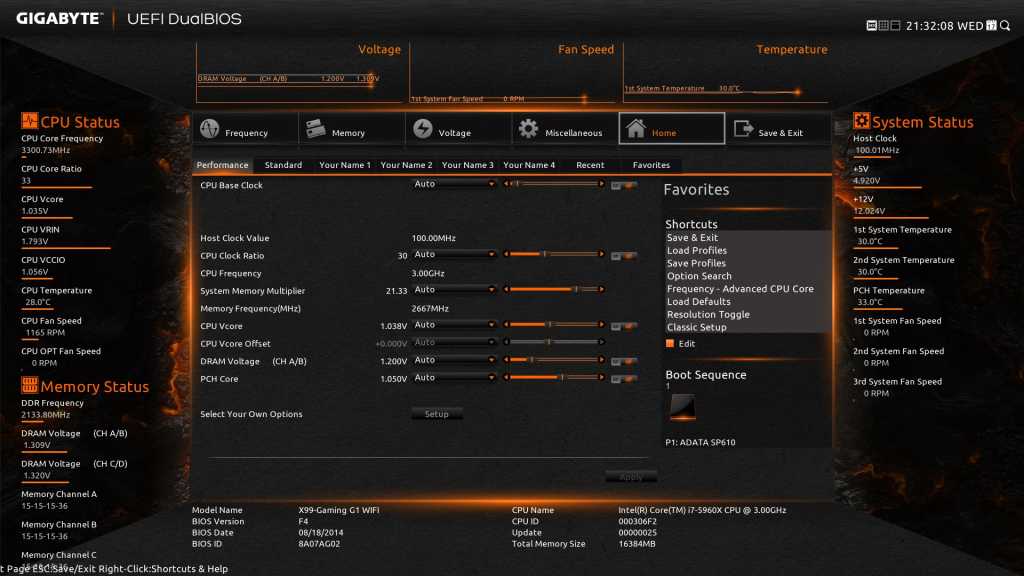 In Gigabit's graphic bios you will find everything that existed in the past. This includes options The fast By changing the voltages and frequencies of the processor and memory components, this involves arranging a medium storage And the order of their rise when the computer is rebooted. This also includes fan options and profile construction of the ratio of speed to temperature.

Similar to what I experienced with the X99 Deluxe Asus, Even with my second X99 board the beginning of use was not on the right foot. At first, the 2666 MHz memory was rejected G.Skill Work with the motherboard at full frequency. After I upgraded the BIOS I could work with this frequency (XMP profile) but another problem came up and it is a little strange. The system went off shortly after the computer was turned on, and only after disconnecting all the drives from the SATA interfaces was I able to enter the busses, set everything up and go out. Only after turning off, reconnecting all drives, and restarting the computer properly. Unfortunately, it's just a one-time arrangement. Almost every time I want to go into Buss and change settings (including speed) I have to disconnect the drives.

So yes, birth pains are hard here and GbBayette is well aware of this. It seems that the GigaBite team is working around the clock, and at the time of writing, the company has released no less than six different bios versions to this motherboard, on average one every two weeks. Even with the latest BIOS version, the F8c, the problems still exist and are waiting to be fixed. Gigabyte is on its way there and it is expected to happen very soon. Until then I will recommend what I have saved so far - when purchasing an X99 based system, check with the store compatibility of memories. Some will work without problems and some will turn the motherboard into a sculpture.

Let's put aside temporary problems for a moment. Besides the bios issue, this is a motherboard full of features that I have used so far to use for three weeks and check most of the possibilities it provides.

I have not encountered device instability glitches. Whether it's the chipset driver, the network and voice controller drivers or utilities such as the Gigabyte APP Center that centralizes all of their tools. From day one everything works great. I will mention one of my favorite gadgets in the X99-Gaming G1 WiFi and it is the ballad control software on the board, a demo in front of you.

One of the things I eagerly awaited to check out when the X99-Gaming G1 WiFi arrived was listening to music using Creative's Core3Di sound core. As a comparison point I placed the X99 Deluxe of Asus And an Xonar DX sound card Asus As well. After tuning the frequencies and listening to music for two weeks, it is not hard for me to come to the conclusion that the Core3Di on this motherboard is the highest quality of all sound solutions I've ever experienced on motherboards.

With even better sound than the Xonar DX provided me, I'm convinced that many users who listen to music like me will appreciate the investment made in the sound field on this motherboard. 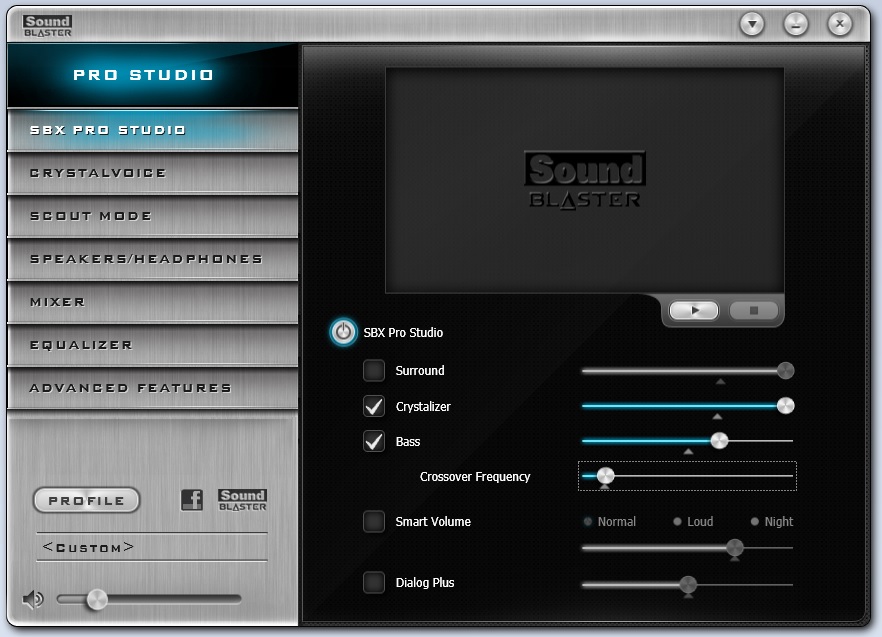 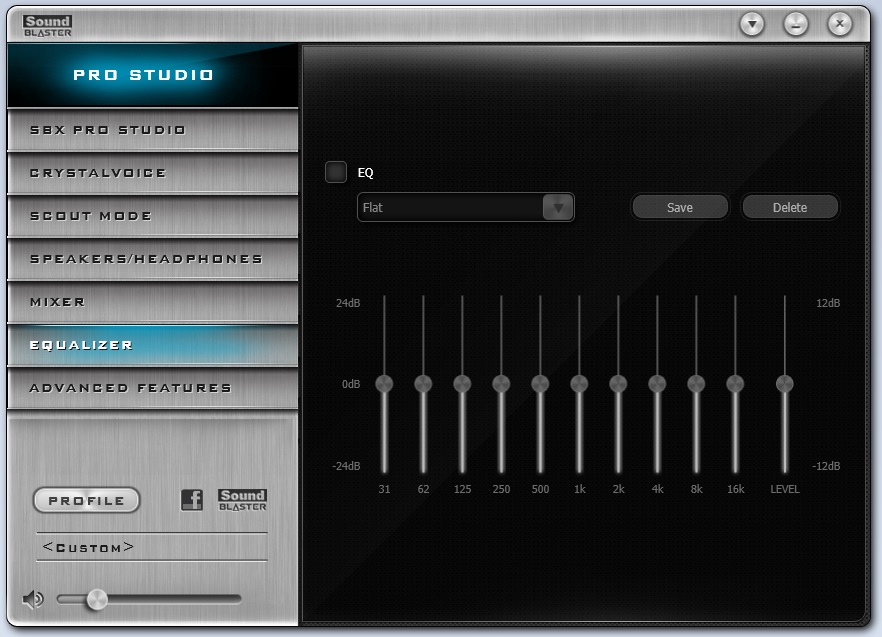 A different voice controller also says different software to control it and with Core3Di you get Creative Studio Pro. This is a fairly simple program that includes very useful options such as bass and frequency control and a crystallizer, which is a tool that sharpens the sound by amplifying the frequency extremes (highest and lowest).

After dozens of hours of listening, the software has not yet collapsed and no driver or hearing quality problems have been encountered.