Gigabyte has done it again and brought a quality product to the high market. The X99-Gaming G1 WiFi deserves to be one of Gigabyte's most advanced motherboards and is worth competing among the more expensive motherboards in the LGA2011-v3 chassis.

There seems to be no technology that will not implement Gigabyte on this motherboard and although it is primarily intended for gamers, many other users will find uses in the variety of options it offers. First, the PCI-Express slot array allows convenient installation of up to four graphic cards. This is not only for gamers, since there are many workstations today that use video cards for processing and simulations. Motherboard operation is quite simple and there is no overloading of switches and advanced options.

When it comes to speed and extremes - the X99-Gaming G1 WiFi is definitely not the best motherboard in this holder. Anyone planning a fast using Cooling Such as dry ice or liquid nitrogen, it is best to choose the motherboards designed for this, such as those in the SOC series of gigabytes. The power supply system on G1 is good, but good enough to allow for fast through Cooling Air or water to the chassis processors and nothing more. The test against the X99 Deluxe Asus, This motherboard has resulted in slightly less favorable results without advanced manual tuning, and I hope that with future BIOS updates, its capabilities will improve slightly.

When it comes to looking, there's no doubt the G1 attracts attention. With a completely black printed circuit board and body Cooling It will fit any computer system decorated with black and red and the addition of controlled LEDs will only contribute to the appearance.

We are still close to launching the LGA2011-v3 bracket and there are clearly more issues that need to be resolved. With six BIOS versions behind it, the X99-Gaming G1 WiFi still suffers from incompatibility with different memories and similar to the problems I experienced with the X99 Deluxe I would highly recommend here - do not buy an LGA2011-v3 based system before making sure there is good compatibility between the memory kit and board the mother. Such problems are still common today with a variety of motherboard models.

I very much hope that the year 2015 opens when these problems are behind us.

The X99-Gaming G1 WiFi is launched at a fantastic price of only $ 350, which puts it in pretty serious competition with competitors from Asus, Asrock and MSI. It has not yet landed in Israel and is expected to be sold here for only about NIS 1800. This is the cheapest motherboard that also contains support for four graphic cards Both in the array and in advanced WiFi. With simpler motherboards in the 1400 area, many have a good reason to go up in price and take the G1 that offers lots. 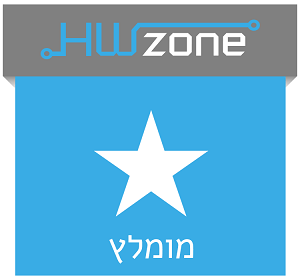