A repeat hit? Xiaomi will re-launch a smart device from 2019 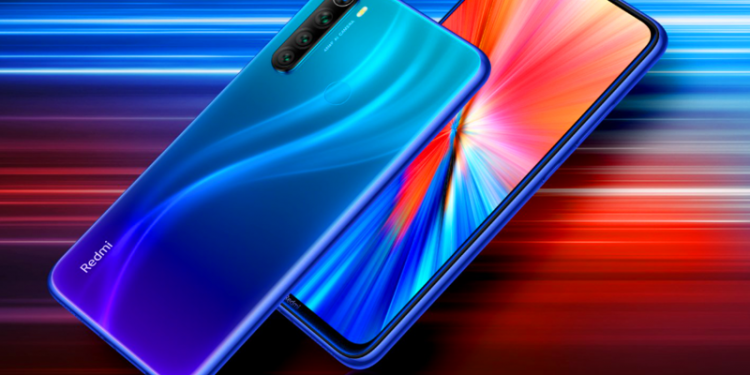 Popular products tend to get updated versions that indulge in the past and claim to profit from it with minimal investment (as evidenced by the countless games that return to our lives in the modern age with better or less remastered versions) - maybe this is a concept that can work for smartphones as well? In the company To be accurate (Xiaomi) Volunteers explore the matter for themselves with the launch for Redmi Note 8 2021.

Teasing on social media from recent weeks has previously revealed the interesting intentions of the giant company, but now we have a complete official technical specification for the future model on the global mi website - a comeback version for a simple and effective intermediate device that has become an impressive hit with total sales of over 25 million units All over the world, according to the manufacturer.

The Redmi Note 8 2021 will offer a design exactly identical to that of the original device from mid-2019, with cladding Gorilla Glass 5 front and rear for a plastic base shell, a square rear photo array, a selfie camera inside a 'drop' recess in a slightly outdated style and a 6.3-inch screen that provides relatively compact dimensions with a thickness of 8.3 millimeters and a weight of about 190 grams.

The main differences in the redesigned version will be the use of the octa-core Helio G85 chip from Mediatek, in a 12-nm manufacturing process, as a replacement for the discontinued Qualcomm Snapdragon 665 chip, and based on a system Android 11 with MIUI 12 interface directly from the factory, instead of a system Android 9.0 with which the source was launched. Except for these two changes, most of the original components seem to have been preserved, or at least replaced with parts with identical data on paper - a 6.3-inch IPS screen with a resolution of 2,340 × 1,080 pixels and a refresh rate of only 60 Hz of course, storage Internal (in modest eMMC 5.1 standard) of 64GB or 128GB including expansion option with microSD cards, memory 4GB LPDDR4X, 48-megapixel rear rear sensor, 8-megapixel secondary sensor for wide-angle photography, 2-megapixel sensor pair for depth and macro photography, 13-megapixel selfie sensor, headphone slot, infrared transmitter Built-in, built-in rear fingerprint scanner, FM radio tuner, connectivity Wi-Fi Dual-channel 802.11ac and 4,000mAh built-in battery with 18-watt charging from a 22.5-watt charger included in the case.

Not inRedmi Note 8 2021 Lots of noise, ringing or weird gimmicks, but a mediocre and reasonable balanced specification designed for the same niche of users who want to enjoy modern capabilities without breaking savings plans.

We still do not know what the official recommended pricing for theRedmi Note 8 restored from the dead, but given that the price of theRedmi Note 8 from 2019 reached less than 600 shekels at the peak of its popularity here in the country somewhere during the last year, we hope that the new model will start at least at a similar point and continue to descend from there - after all the process of improving capabilities and characteristics in the market does not stop. Such a nostalgia at a higher price than the past would not make much sense compared to the competition available.

How much would you be prepared to pay for a device like theRedmi Note 8 2021, if any? Let's talk about it in the comments.