Tracking Realme's pace of development and expansion in the smartphone world continues to be quite a difficult task, with more and more announcements coming in almost every week and brand names becoming relatively complicated and cumbersome - but it's hard to deny that all this rush has real competitive realities like the Realme GT 5G. Offered in the country as one of the cheapest ways to get the advanced performance of the Snapdragon 888. Very soon, it could be that the Realme GT Neo 2 model will also join (or Neo2, non-profit, similar to the way it is סמסונג Has been styling the names of its devices in recent years) to the manufacturer's list of devices that stand out above the crowd thanks to a handsome cost-benefit ratio.

A variety of teaser images for the new mid-range model confirm to us a large part of the key technical features, such as the use of the Super screen AMOLED E4 with maximum brightness of up to 1,300 nits, FullHD resolution, refresh rate of up to 120 Hz and a special high touch sampling rate of 600 Hz that should make mobile gaming enthusiasts happy, built-in fingerprint scanner under the display panel, triangular rear photo array, storage Of 128GB and 8GB of dynamic memory as a base and internal battery with fast 65 watt wired charging.

The GT Neo 2 will be officially unveiled in a few days, on September 22, and it seems that Realme plans to offer it in two similar-but-different configurations at the same time - one senior with chip Qualcomm's powerful octagonal Snapdragon 870, 6.62-inch diagonal screen and 5,000mAh battery that you will enjoy charging to full capacity in 36 minutes or less, and one with chip The octagonal Dimension 1200 of Mediatek, A more compact 6.43-inch screen (with the same seemingly advanced display technologies) and a 4,500mAh battery with the same fast 65-watt charge.

The starting price of the Realme GT Neo 2 may stand at 2,000 Chinese yuan in its Dimensity Edition, which will probably be slightly cheaper than the EditionSnapdragon With a little more display space and a little more processing power - but when it comes to pricing equivalent to $ 309 or a little less than NIS 1,000, it seems that there is a significant margin here to work with, even when it is naturally assumed that prices outside China will be tens of percent more expensive. Tax additions and transportation and marketing logistics.

Shiomi already has the Poco F3 and Poco F3 GT that compete in this category with the exact same chips and screens AMOLED Similar advances, but we assume that another healthy competition at price levels between NIS 1,000 and NIS 1,500 will not hurt - so we will continue to follow the official launch and the steps that will follow, and hope to meet the Neo 2 duo in the local market soon.

At the same time, it is worth mentioning a couple of other new Realme smartphones that were recently introduced and could land in Israel sometime in the near future: the Realme 8s 5G with a 6.5-inch IPS screen with 1080p resolution and a refresh rate of up to 90 Hz, chip Dimensity 810 is an economical octagon, with 128GB of storage, dynamic memory of 6GB or 8GB and a 5,000mAh battery with a 33 watt charge which is offered at a base price equivalent to about $ 245 - and the Realme 8i with chip Basic octagonal Helio G96, 6.6-inch IPS screen with FullHD resolution and refresh rate of up to 120 Hz, 64GB or 128GB storage along with 4GB up to 8GB of memory RAM And a 5,000mAh battery with an 18-watt charge that is priced at a price equivalent to $ 190 as a starting point.

Which of these models is the most interesting for you, if at all? Share in the comments!

updating: The GT Neo 2 has become official as promised, so far exclusively with theSnapdragon 870 and without the Dimensity Edition. The device will be available in black, blue or green (with a black "race bar" as an option) at prices ranging from 2,400 Chinese yuan to 3,000 yuan with storage 128GB or 256GB fast and a dynamic memory of between 6GB and 12GB - that is, NIS 1,190 to NIS 1,490 in direct conversion. Will suffice to apply pressure on thePoco F3 sold in the country? We may know soon. 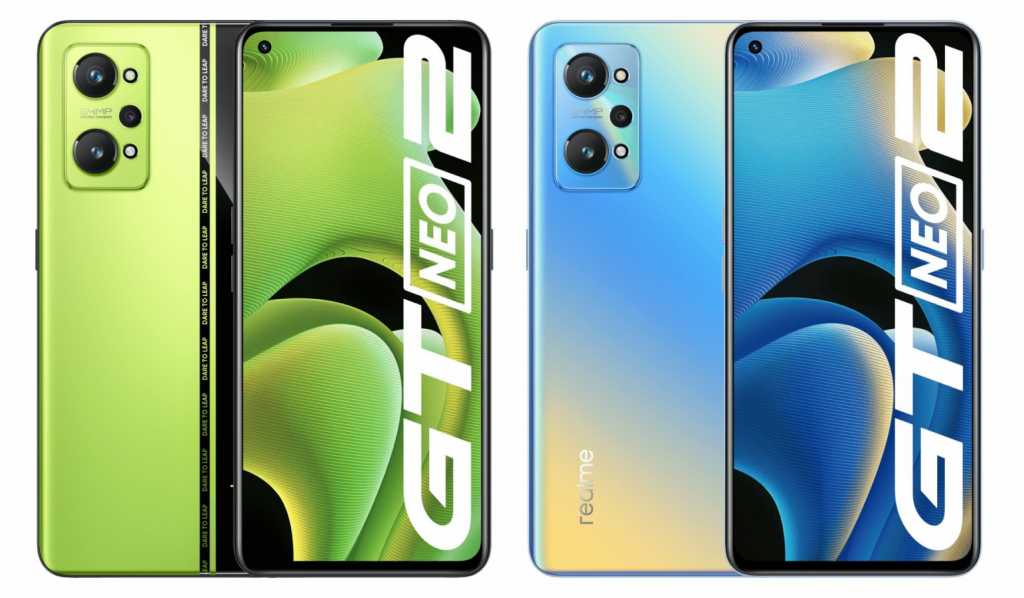