TheExynos It is likely that you will reach us to the Holy Land, the internal storage will be very agile but relatively modest, and what about the price? Here's the important information to know about Samsung's new and impressive pair

The press conference is over for her, and now we can say we have A formal and genuine acquaintance With its new pair of flagship devices סמסונג - Even if the vast majority of details were already known to those who have been following the developments for the past month. To make sure there is nothing you have lost or not seen, we have decided to collect the important details you may have missed, in one neat and tidy place.

The general technical specification of the Galaxy S7 and the Galaxy S7 Edge is one of the most impressive we have ever come across, but it is worth noting that in the current generation סמסונג She decided to offer volume storage Internal 32 gigabytes or 64 gigabytes only, with no option for 128 gigabytes. The decision may make sense given that this time there is an expandable microSD slot (which shares its slot with the slot for the device's second SIM card - so you'll have to choose one of these features) and considering the prices for models with volumes storage Very high ones are usually disproportionately high - but apparently there are quite a few consumers in the market who would love to pay a little more for the ultimate smartphone, which also contains 128 gigabytes of storage Internally and also able to support an external addition of hundreds of gigabytes. Maybe we'll see higher volumes coming later? Samsung Solutions. 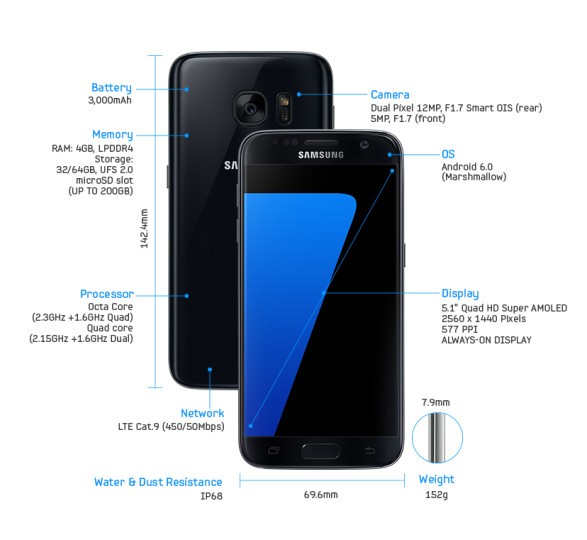 However, storage on the new devices will continue to be the UFS 2.0 standard we've seen inGalaxy S6, which is the fastest that is available in the smartphones world at present. also memory The LPDDR4 in the new models is an enhanced, by the way, enhanced 1,800MT / s. 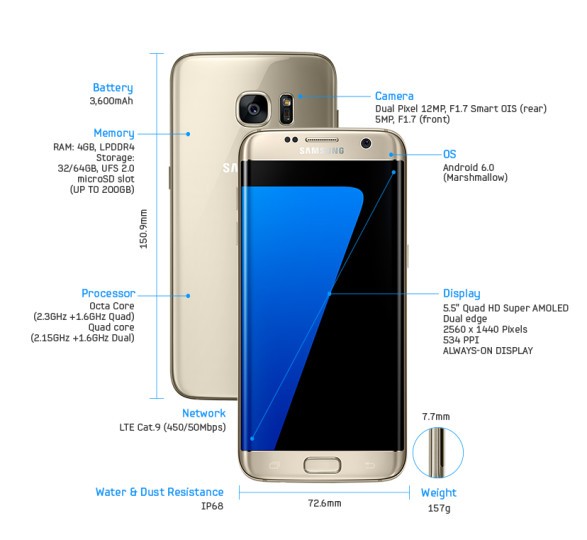 Another feature worth mentioning is the connection of the devices - which remains the good old microUSB 2.0. It's a choice that's likely to disappoint the symmetrical and inverted USB Type C followers, but the bright spot is backward compatibility with the plethora of cables and connectors created over the past half decade. It is also worth noting that supporting only the old 2.0 USB standard may eliminate the ability to support ultra-fast charging of Qualcomm's Quick Charge 3.0 technology (which will support the G5 that made the Type C transition) - but on the other hand סמסונג Has already proven to us that it has the ability to offer remarkably fast loading to its devices,USB 3.0, so it is worth waiting for the actual findings before we decide fate.

Now let's move on to a feature that may be the overwhelming victory of the סמסונג Over most of its competitors - the new camera. Samsung decided to break the trend and decrease the megapixels in the new generation, along with an increase in overall sensor size (which yielded an individual size of 1.4 microns per pixel, compared to only 1.12 microns on the devicesGalaxy S6 and most of the latest smartphone cameras), maximizing the maximum f / 1.7 f / pixel Which is a kind of upgrade to the familiar phase-based focus, in which all the pixels in the sensor include a pair of light receptors that can identify the phase difference in question and return light to focus accordingly.

All of these technical data should give a further leap forward for the camera, which was already very impressive in the Galaxy S6, Galaxy S6 Edge Plus and Galaxy Note 5 And has been defined by DxOMark As the best in the smartphone market - at least until the arrival of theXperia Z5 managed to compare the peak score. 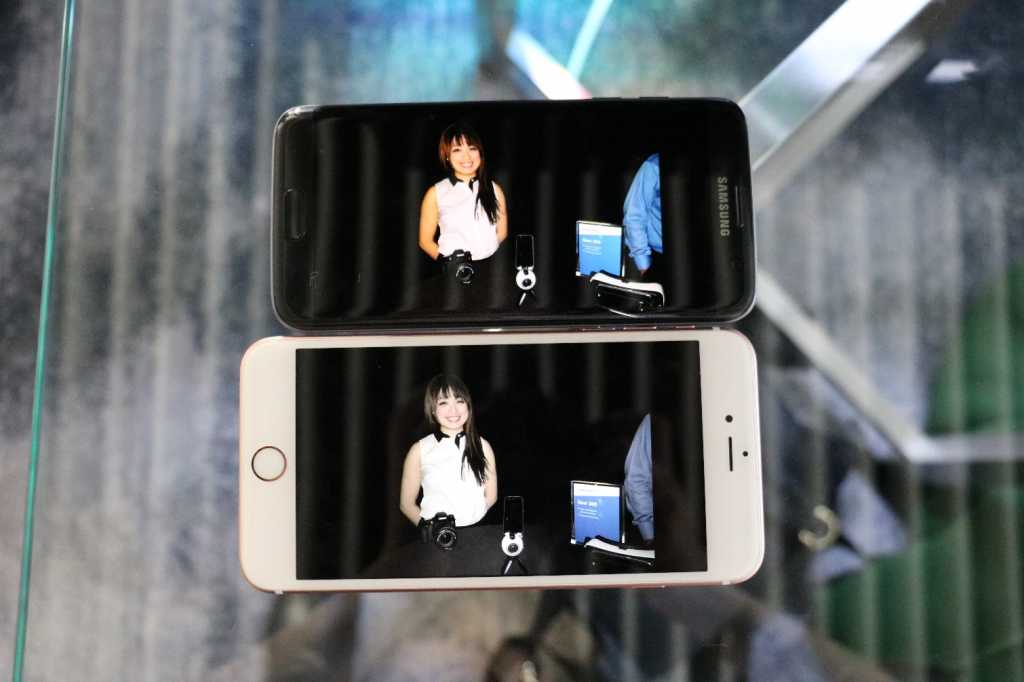 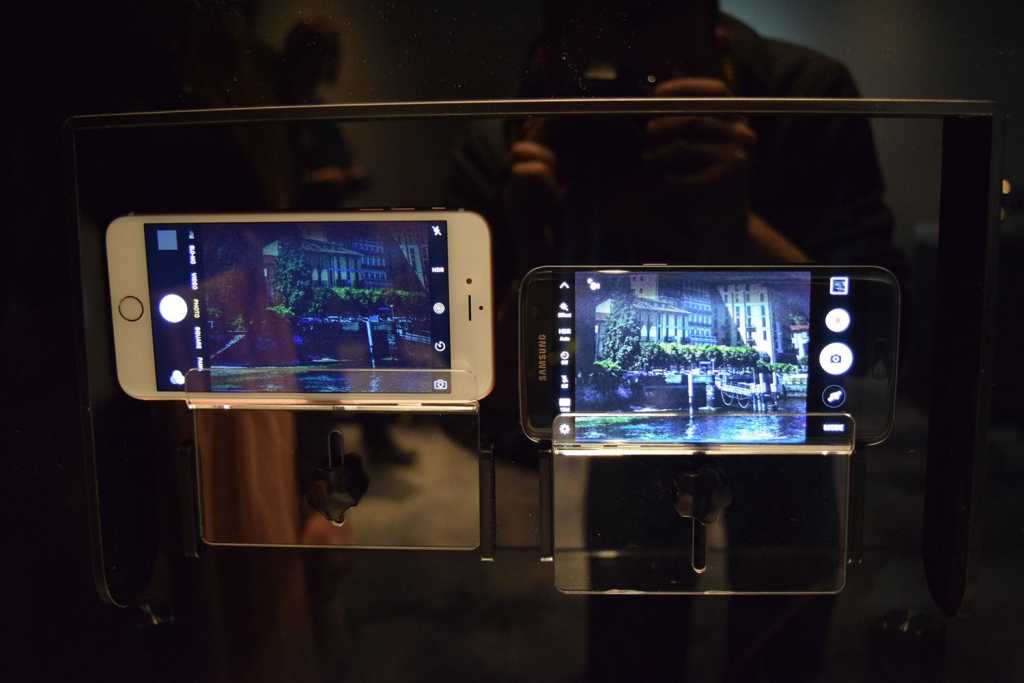 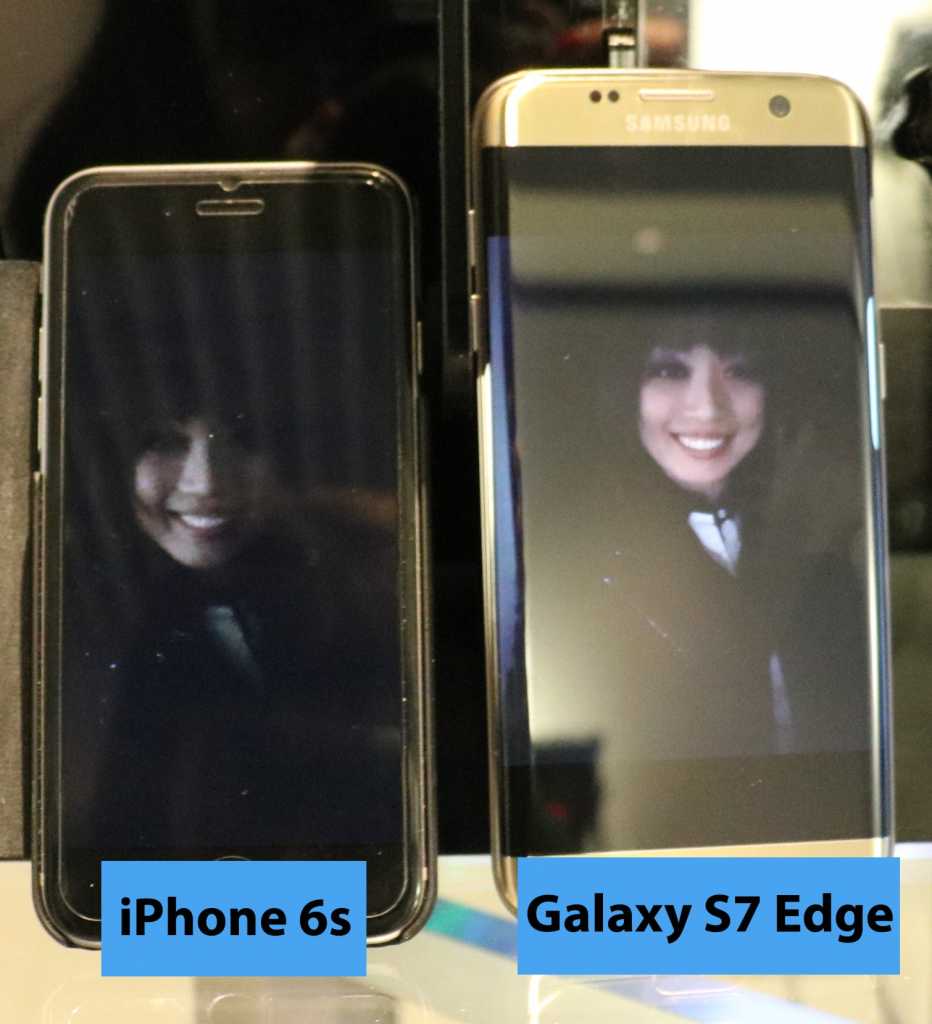 The network has already been distributed Number of swatches Reality of the new cameraAlongside a sample photo gallery of Samsung Taken by professionals using the device), although without qualitative comparison in controlled conditions, it is still a little early to determine whether it is camera The best mobile in the market - but that is definitely what Samsung is aiming for.

God-Galaxy S7 andGalaxy S7 Edge will be available for pre-purchase worldwide starting today, launching at select points of sale worldwide starting tomorrow - and launching in select countries in just over two weeks, on 11 in March 2016. We will soon be hearing announcements by the official Israeli representative SkyLeaks, with a launch date in the Holy Land that will be very close to the international date, and possibly with details on prices and an answer to the question of whether the venture with early invitees will also receive Gear VR glasses as a gift here.

If we already mentioned prices, these are slowly trickling into the network, and we seem to expect a status quo in the field compared to what was true in previous generations - the modelGalaxy S7 will cost $ 700 (some retailers may decide to sell it for $ 650 to win undecided consumers)Galaxy The S7 Edge will cost $ 800, with identical prices in euros to apply across Europe. In the country, it seems possible to bet a recommended official cost of NIS X or NIS X for the flat screen model, and NIS X for the Edge model. And what will the costs be for parallel importers?

For dessert, we'll talk about the hardware versions that will be available for the new pair - chip Exynos 8890 סמסונג Itself, which for the first time contains processing cores developed by the company itself, and the Snapdragon 820 chip, Qualcomm's big comeback, on the other hand. According to the latest reports, Samsung will return to the approach taken byGalaxy S5 - When the US market gets devices that are based on hardware Qualcomm, While most other countries around the world will receive theExynos Self. 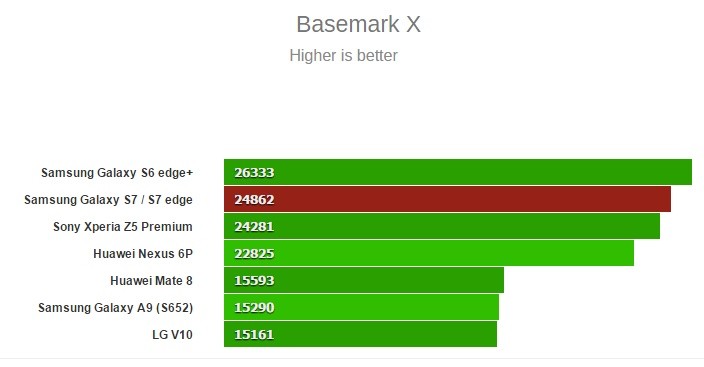 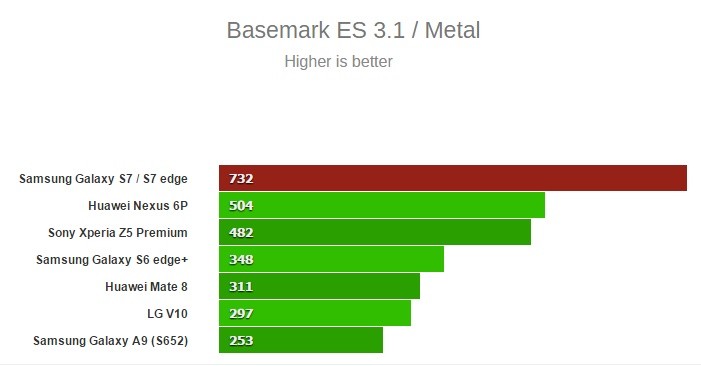 Early performance tests performed on the Exynos 8890 version confirm that it is less powerful than the Snapdragon 820 version - although in most performance tests (and in large part, as a result) the difference is minor, when we haven't yet seen other meanings like battery life And the level of global warming dependent on the chip inside, which may technically turn the creator to the version of סמסונג. However, based on the latest mobile technologies,Galaxy S7 can operate without a problem in the Israeli market - so those who are only interested in a home version Qualcomm Will be able to obtain it and use it. 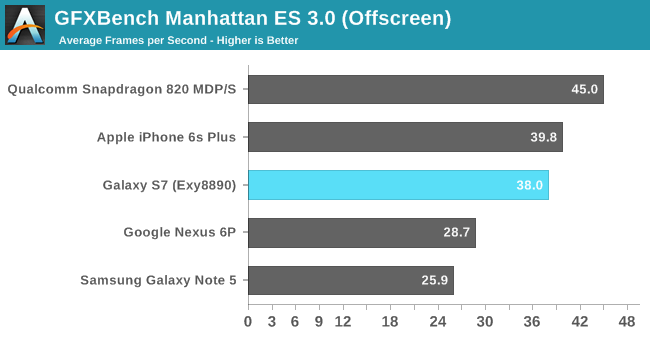 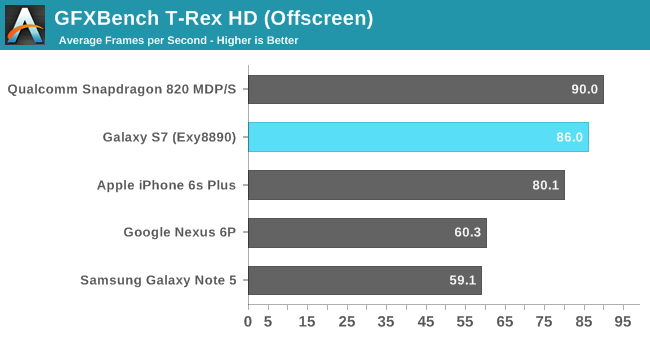 We'll end with a cool video taken on the new Gear 360 camera that will be offered alongside the new smartphones - at an undisclosed price, unfortunately. Like the new-generation Gear VR goggles, in this case, too, looks a popular and surprisingly good price to help bring fresh technology into the heart of the consumer mainstream? We will continue to monitor and update you.