Is Android Gaming Reverting to Fashion?

Acer wants to become a big player in the gaming market with its new Predator brand, unveiling a tablet and smartphone Android Which are aimed at the audience of game enthusiasts

Remember the period when the surprising success of the OUYA console (at least as a Kickstarter campaign) made everyone believe that Android gaming is about to become the new hot trend? It did not really happen, as everyone knows, and most of the players in the market seem to have given up on this idea for the time being.

However, Bayer believes that everything here is a matter of attitude - and especially appropriate branding. So please get the Predator 8 and the Predator 6, טאבלט And the new smartphone from the Taiwanese manufacturer, which aspire to return gaming to Android, or vice versa.

The Predator 8 is a device that is designed to compete directly with the Shield's tablet NVIDIA, With an emphasis on gaming that comes in the form of a young and sharp metal back cover, as well as a set of four front speakers designed to enable power Sound More to the player (which will bother even more people around him if he chooses to use it instead of using headphones). 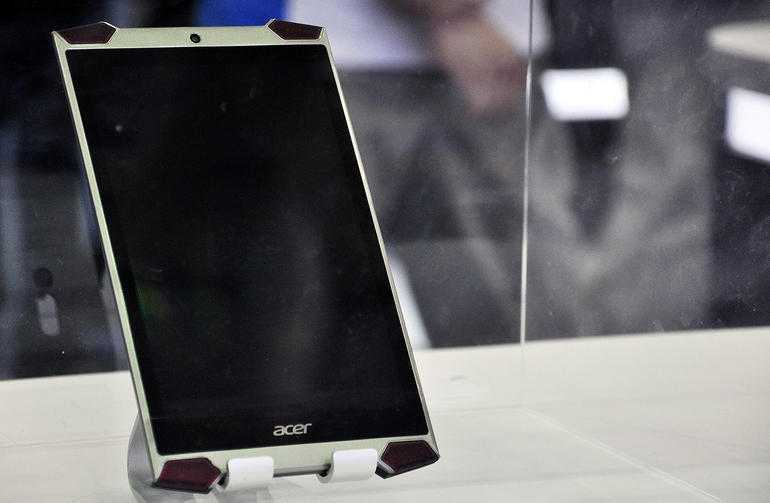 In terms of technical specifications, Acer believes that Cherry Trail's fresh chips Intel The 14 nanometer would be a worthy competitor to the Tegra K1, and chose the most powerful quadrilateral x5-8700 with a built-in graphics core from the Broadwell Intel, Along with an 8-inch screen with a resolution of 1,200 × 1,920 pixels that declares a very wide range of colors that fully covers the NTSC standard, built-in storage capacity of 32GB or 64GB with an expandable microSD slot for up to 128GB, RAM with a relatively modest 2GB and editorial board Android Lolipop in 5.1 version.

This tablet is not for everyone and lacks the unique advantages it has developed for itself NVIDIA Over the years such as direct streaming of games on the local network from a stationary computer or Mobile, Streaming games online on the GRID service and also high-quality and exclusive titles - but with a rather surprising starting price of $ 300, the Predator 8 may well wink at users, especially the younger generation who will be enthralled by the unusual design. The tablet will go on sale this November. 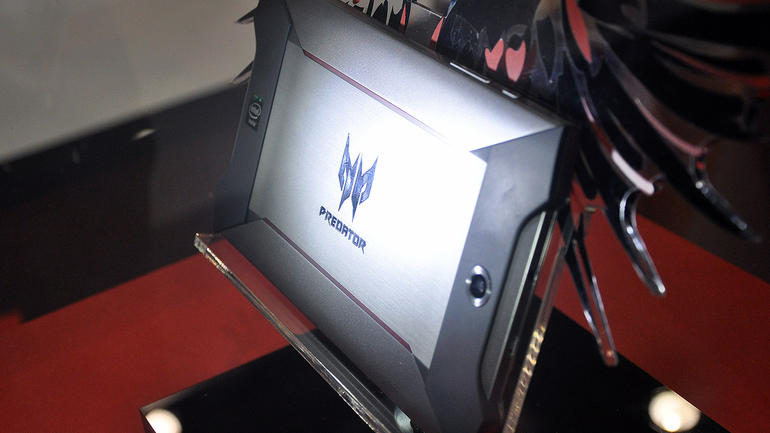 The Predator 6 is a slightly different animal because it is first of all Unlocked For all purposes. Beyond being Unlocked, He offers a design very similar to that of his older brother, with the same four speakers Scattered around the corners of the device and facing the player - as well as powerful vibration motors designed to provide feedback similar to that of a game controller. 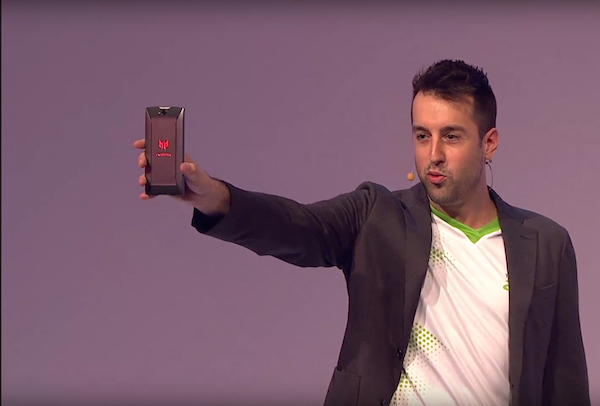 The rest of the specification of the 6 Predator includes the chip The Mediotek 10-core Helio X20 (which also reveals that the actual launch will probably take place only next year), with a Mali-T880MP4 graphics core, 4GB RAM, 21 megapixel camera and a system Android. The rest of the details have yet to be revealed, but there is no doubt that Isser has succeeded in intriguing us, and we will certainly continue to follow this predator.

The Predator line is not limited to Android products - alongside them, Acer has also launched a massive mobile gaming line that will try to compete with Asus' ROG products, Dell's Alienware, Gigabyte's Aourus and other competitors in this crowded category. Acer gaming mobiles are not much different from what you would expect from other manufacturers, with 15.6-inch or 17.3-inch screens, advanced quad-core processors from the Skylake generation, the leading mobile video cards from NVIDIA, NVME-based flash chip storage up to 512GB, memory DDR4 Up to 64GB, wired and wireless network connectivity based on Killer products, audio systems with up to four speakers and a pair of subwoofers with a total power of 12 watts, and a system Cooling Based on quite a few copper tubes and three fans. 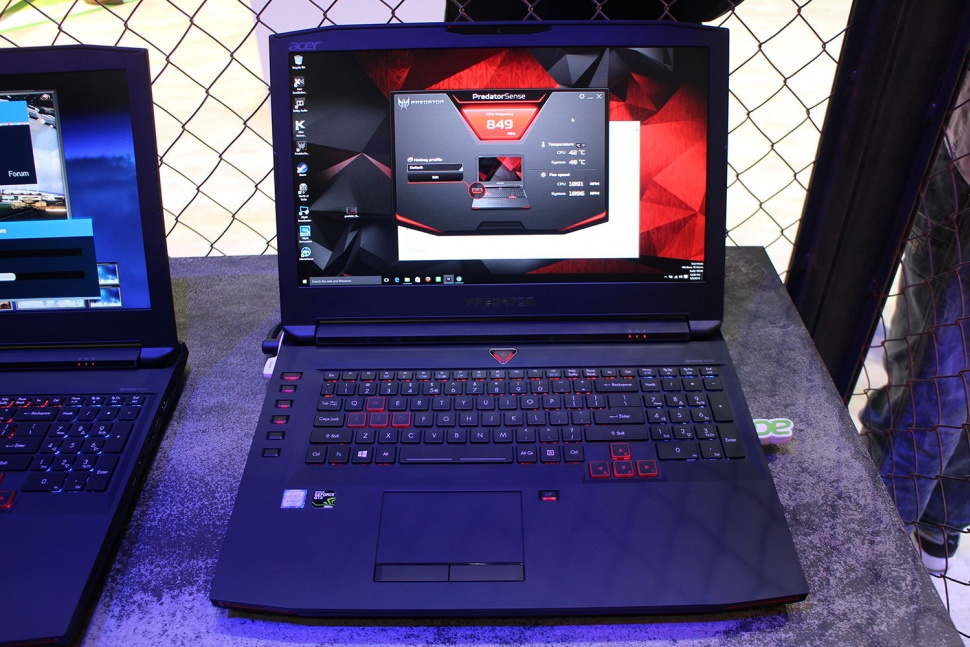 Prices will start at $ 1,500, and in this case it seems that Acer will have to work a little harder next time to find some gimmicks that will distinguish them from others that require similar amounts of money. Maybe a built-in class for cans of energy drinks? 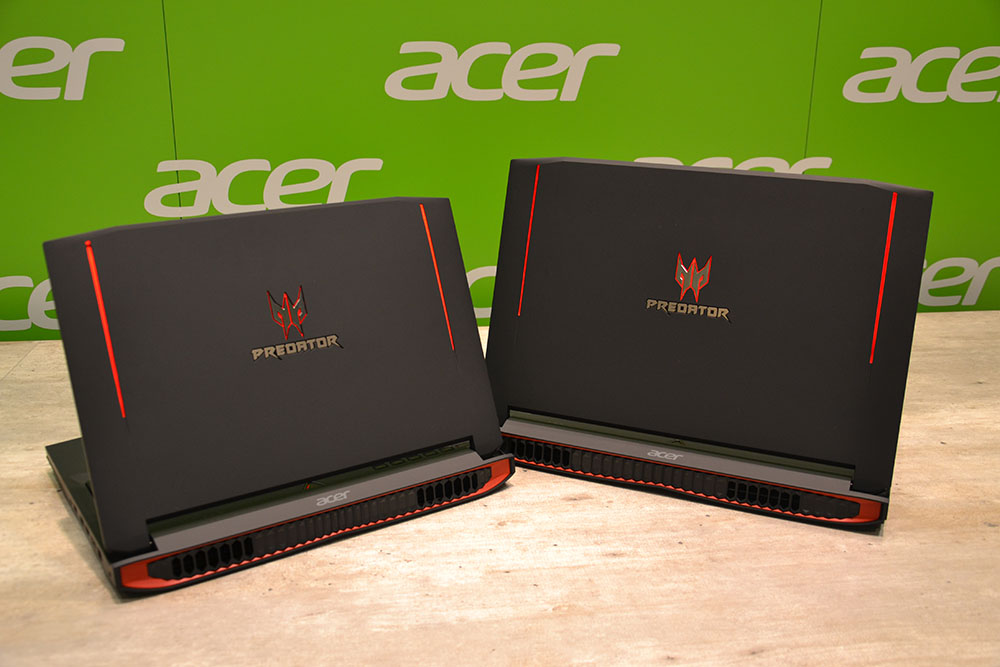