This was true at the beginning of the current year, and it seems to be true today as well - The Asus Zenfone 2 Is one of the most unique and profitable smartphones your money can buy you, and now its number of derivatives is even greater than ever before.

The Zenfone Selfie, already launched as an alternative to the standard Zenfone 2 that replaces the front-end 5 front-end 13 camera with a higher-quality, more advanced 615 megapixel chip and the more popular Snapdragon XNUMX chip, Will be available From now on also improved versions with 3GB of memory RAM (Compared to 2GB on current models) and with volume storage Generous built-in 64GB and 128GB, with one version available with a very unique pink-purple back cover.

Another model Recently launched Is the Zenfone 2 Laser, with a 5.5-inch screen, 3GB of RAM, a Snapdragon 615 chip and also a camera with infrared-based laser focusing. Now, it is offered Also in version with 6 inch screen Still with 1080p resolution, 32GB and 3GB built-in storage RAM. This model would seemingly be a little more expensive with a cost of $ 250 or $ 270, but hey - if you like pavilions, this may be the best option for you.

Another intriguing model of ASUS that will be launched in the home market in Taiwan in the coming month The Zenfone Zoom, Which is also the same as the original Zenfone 2 with Z3580's atom chip Intel (or chip Atom Z3590, which is a slightly faster updated version), 4GB of RAM, 64GB or 128GB of built-in storage - and an advanced camera that includes an optical zoom mechanism of up to 3x and an optical image stabilization system. The sensor itself is probably the same as the original Zenfone 2, so it's not certain that the addition of an optical zoom could suddenly bounce it to the top of the smartphone camera's quality table - but it's still a relatively rare addition, which may wink at consumers looking Unlocked Which will be able to replace their compact camera in the best way. Prices will be up to about $ 430 to about $ 490 - which may translate to $ 400 (or $ 450) and $ 500 as part of an international launch. 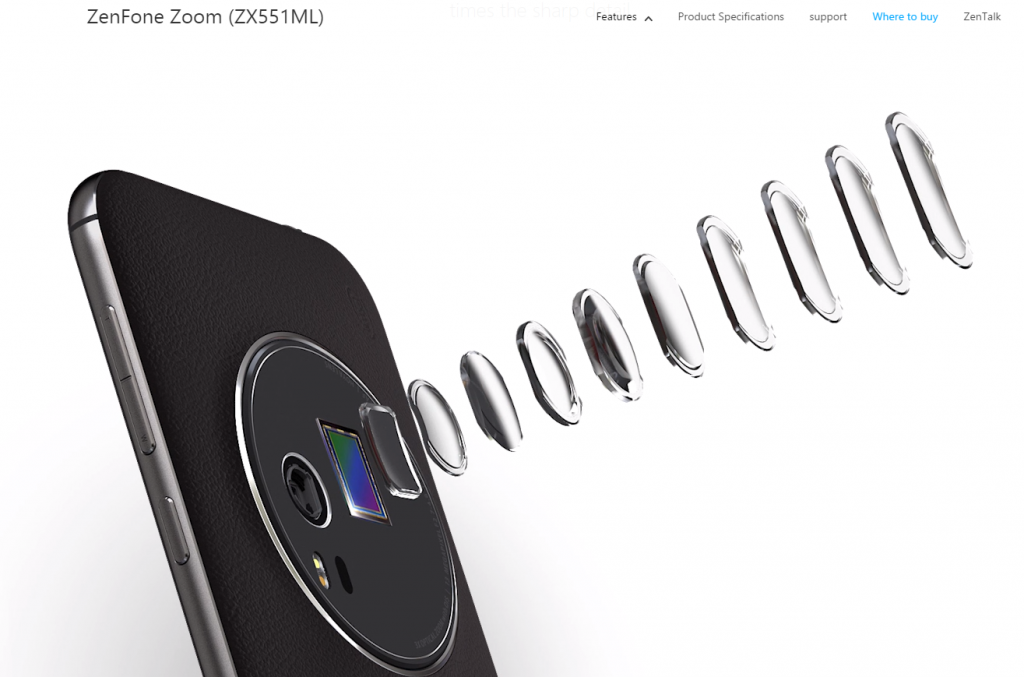 For dessert, new marketing images Who came up for the Zenfone Max May indicate that also This model Will finally be launched in the near future. This is probably the most different and intriguing model of all current species, with chip Snapdragon 410 modest, memory RAM Of 2GB, volume storage Built-in 16GB - and especially a formidable 5,000mAh battery, which ostensibly can provide almost 40 hours of continuous talk time, over 30 hours of surfing and over 20 hours of playback Video (Not all of them together, but each separately). We do not know how much the device will cost, but if it provides a competitive cost,ZenFone, It could be an interstitial intermediary instrument and definitely worthy.

It should be noted that some of the products in question have only recently been launched in the East (Selfie,ZenFone 2 Zoom), and there is no complete certainty that we will see them in the western markets below - but they will most likely reach the Chinese online stores familiar to us in any situation, and therefore those interested can lay their hands on the model they prefer, and at a proper price, even without official launch in Israel .

The Zenfone 2 (with its myriad models and sub-models) has undoubtedly been a significant success for Asus, helping to establish its status as a notable smartphone maker - and we are already looking forward to announcing the Zenfone 3, and what it knows how to deliver to the market This competitive, with or without the kind help of Intel.