Battery life on the new iPhones is impressive, and this is a great news for all smartphone owners

Apple's new devices reinforce what we've seen סמסונג Earlier this year, and give us high hopes for the expansion of the transition to 16 and 14 nanometers

Reviews, impressions and auditions for Apple's new pair,iPhone 6S andiPhone 6S Plus, have been introduced and accumulated from all corners of the network, and it seems that it can now be stated with confidence - the battery life in the new pair from the giant from Cupertino is absolutely impressive, and constitutes an important leap forward compared to all other generations of the company's products.

According to the extensive and popular battery life tests of the gsmarena and phonearena sites, theiPhone 6S and especially theiPhone The 6S Plus stands at the top of the battery life rating, with good performance both in talk mode, video playback mode, web browsing mode, both standby mode and combining all the elements together. This is at a time when most of the previous iPhones have roughly reached the center of the table when it comes to my life battery, Sometimes even with a tendency to its bottom. 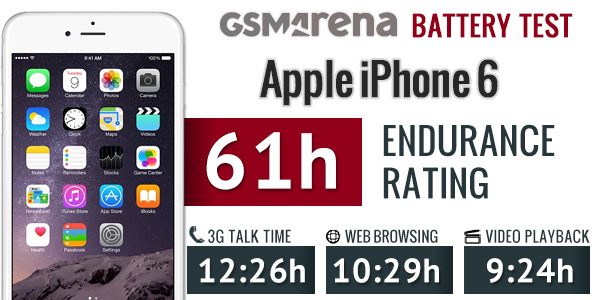 As in the previous generation, this time the larger model of the two offers data battery Better (significantly) - but in the end both devices are prominent in the field, especially when you take into account their very modest battery capacities, which have even shrunk slightly compared to the previous generation and still managed to surprise for good. 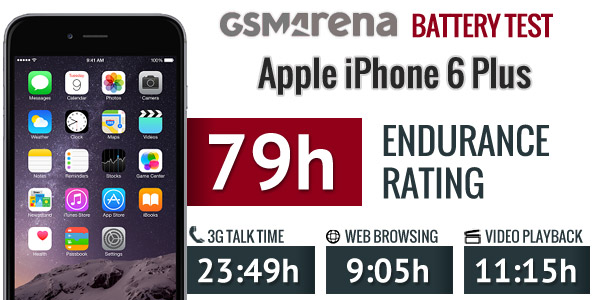 The improvement may seem relatively minor on paper, but it is worth remembering that this is an improvement in battery life that comes in combination with a jump of about 30 to 50 percent in performance, while reducing the actual physical capacity of the battery - the 'holy trinity' chip Any processing

It is possible that this great improvement also comes from the programmatic upgrades that Apple made in the transition to iOS 9,Apple A9 andApple The new A9X - but it is worth noting that we saw very impressive results in the Exynos 7420 devices סמסונג During the past six months (and also inMeizu PRO 5 based on the same chip in recent days), which leads us to the inevitable conclusion that the ace and the big change here is rather material, with the start of the transition to advanced production processes at 14 nm and 16 nm, based on transistor FinFET Which allow for lower working voltages, reducing leakage currents and contributing to lower overall power consumption. 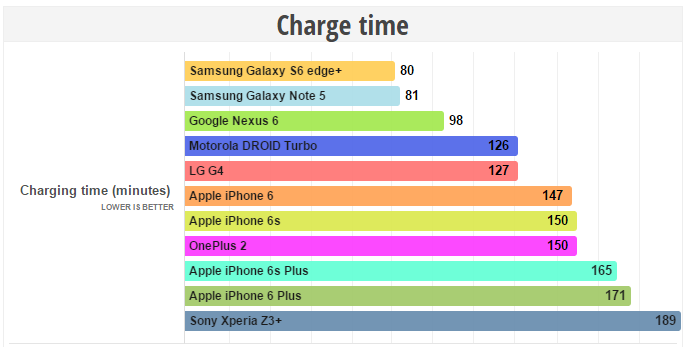 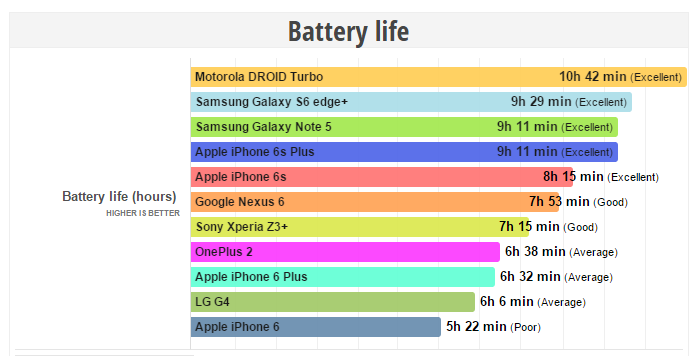 Samsung has been a pioneer in this transition thanks to its unique chipset capabilities among all smartphone market players, and has managed to provide us with a surprisingly good battery life given the reasonable battery capacities it chose for its flagship models - and now Apple provides us with similar results. TSMC nanometer and the major competitor's 16 nanometer process סמסונג. 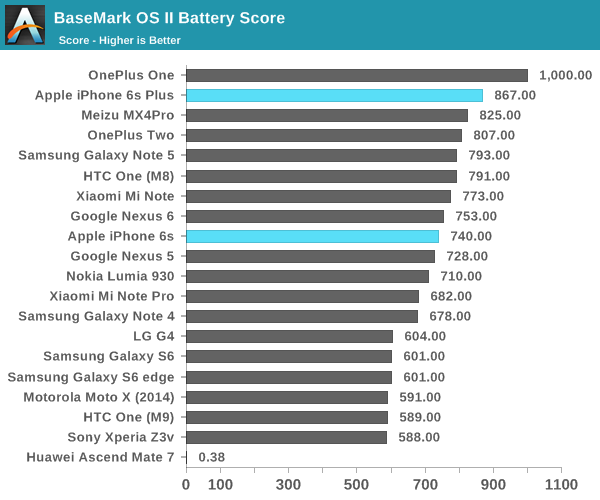 Battery efficiency tests that are part of the BaseMark test software confirm Apple's lead in maximizing the capacity of relatively small batteries - even though there are Smartphones Others market with 20 nanometer chips and 28 nanometers that could provide life battery Better, technically, thanks to batteries with more impressive capacities and / or more economical material elements such as screens and modest chips
Source: anandtech.com

The really good news in this whole story is that Samsung and Apple are just the tip of the iceberg - in 2016 we will see a massive transition to the new and much more economical manufacturing processes on the part of most manufacturers in the market, thanks to new Qualcomm chip models, Intel And Huawei. The only manufacturer not yet officially approved beyond the 14 nanometer is Mediatek, which chip Its intriguing future 10 cores will be based "only" on TSMC's 20-nanometer process, but even in its case rumors say that chip The Helio X30, which will arrive towards the middle of next year, will already be based on a process of 16 nanometers, and thus we will begin to see access to innovative technologies in the intermediate market as well as in the upper market.

All we have to do is imagine what good battery life we ​​should expect from smartphones and tablets that will include chips with more economical cores and large capacity batteries, which will also recharge faster than ever due to the constant advances in the various fast charging technologies. Is finally Smartphones That does not really have to be claimed every day will become the norm and the basic standard? We believe it may happen in the coming year.