Caution, Pokemon GO: The authorization scandal and the versions of malware that are distributed on the network 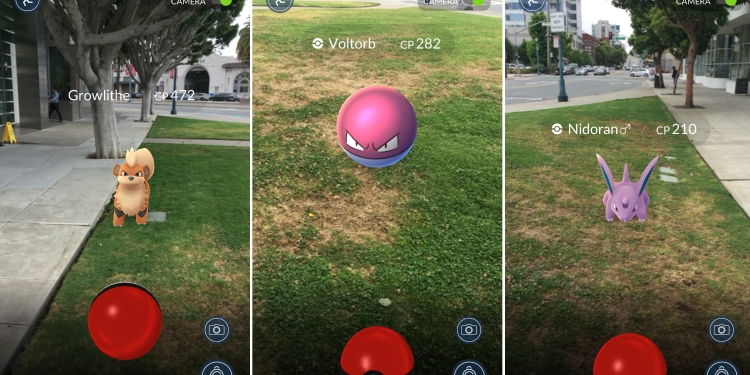 Niantic 's multiplayer reality game Nintendo Wii Based on the immortal concession is making waves around the world, but not only in positive contexts. Read about the issue of permissions and the dangers

If you haven’t spent the past week under a rock, you’ve probably experienced, or at least heard of, the new mobile game based on the most iconic franchise of the XNUMXs. Of course, Pokemon has not really disappeared from our lives since it was created twenty years ago. The anime series that was popular in the country is still kicking and is expected to become the next "hippies and brave" (kisses a thousand episodes!). Game developer Game Freak releases Pokemon titles on an annual basis in distribution Nintendo Wii Which break record sales (and therefore no wonder they were the lion's share at her press conference at the show E3 a month ago). but Pokemon GO, The Niantic's plush reality game, is already a phenomenon of an entirely different magnitude.

The game, which is actually a simplified version of Ingress (the previous development of Niantic), is offered free of charge in the Play and App Store stores. The user who connects to it provides access to theGPS And to his phone watch. Based on the player's location, game time and even current climate, Niantic's algorithm bounces Pokemon of all kinds to the front of the screen, which must be "caught" in a sliding motion before they have time to dodge, and added to the pool.

The simplicity of Pokemon Go, combined with the connection to one of the most popular franchises in history, have made the game go viral and one of the most successful apps ever. The game, which was released in the US five days ago and has not yet officially hit Israeli stores, has only been downloaded more than 8 million times there, and bypassed the round Apps Longer than him much like WhatsApp And Tinder. If the trend continues, the next victim is likely to be Twitter.

Users spend more time in front of the screen in front of the game than any other app - almost 45 minutes a day. Game servers often crash due to heavy workload; Internet forums related to it are filled with posts upon posts; News sites around the world keep reporting on him and the events around him (recently the game led to an American girl To find a body beside the Wyoming River); And finally, the stock Nintendo Wii Jumped more than 35 percent, and its market value rose by no less than 9 billion in less than a week.

Pokemon GO may have been a big success, but the launch of the game was not entirely smooth. Apple users who installed the game and chose to register through their Google account found that the application requires full account access, so theoretically, Niantic was given the option to browse the user's Internet history through Google, Files stored in your Drive account and emails.

The actors, of course, They did not like it. After a major upheaval, the developer quickly replied that it was a mistake on the authorization request page, explaining that the application uses only basic information, ie the email address and the name associated with the Google account. Today, she also updated the app's version of the App Store, so if you want to be safe, update it as well.

The game is not yet available for download from stores in Israel. In fact, it is officially available in only three countries (United States, Australia and New Zealand), so it has not even reached Europe yet. However, it is available for download over the network. IPhone users useApple ID of one of the above countries to download the game Android Can use browser extensions that download the install file (APK) from the Google Play store, or download it directly from stores Apps Unofficial and installation process called Sideloading. The second option is preferred by most users.

Unfortunately, the increasing popularity of the game attracted the attention of people not very nice, which planted in the download file that appears in some of the application sites malicious code running in parallel to the game. When installed, the game runs normally, but in the background runs the DroidJack service, which can do absolutely everything with your device: browse and write SMS messages, take pictures and even record sound clips. The dangerous file appears in various download databases, so the recommendation is to stay with a familiar site, such as APK Mirror, Or simply wait for the formal launch, which is due to arrive very soon.

What do you do if you have already installed the game? Don't worry - there are two simple ways to check if your version is the real one. One option is to check the hash sequence of the APK file. Access the command line of Windows, Type certUtil -hashfile, add a space and paste the path of the file you downloaded, and then write SHA256. If your app is free, the sequence you're supposed to get back to the current version of the game is: 8bf2b0865bef06906cd854492dece202482c04ce9c5e881e02d2b6235661ab67.

The second option is to access the device settings, select "Apps" andPokemon GO, And make sure that no audio, dial-up, text, and contact information permissions or permissions are allowed to allow the app to run automatically as the operating system mounts.

Now that you are safe, you can only wish you success in the epic quest you have taken. Catch them all!