The new piece from OnePlus, With a starting price tag of 400 euros in Europe and 1,700 shekels in Israel for a not-too-modern modern spec, instilled in us hopes to go back to the days when the Chinese brand urged us never to compromise and choose specs very similar to those of leading manufacturers for less than half the price. The nice potential of the Nord may not be denied, but it seems that those interested in it will still have to compromise on some basic issues in the deal (despite what the familiar slogan says) - when first and foremost is the toughness and physical durability of the product, it seems.

Zack Nelson, in charge of the successful YouTube channel JerryRigEverything which has almost 6 million followers, took over the OnePlus Nord before most of us and turned to do what made it so famous and successful - to test how resistant it is to scratches, fire and of course the use of non-physical force Clearly moderate. The exam revealed that despite the misleading appearance, the Nord's frame is made of painted plastic and not metal, with metal buttons on the sides and glass front and back - and although using plastic is not necessarily a bad or wrong move, the fact that Zack managed to break half a body The device and total destruction of the panelAMOLED Pleasure is already a very bright warning light.

A device made of plastic does not have to be weak and fragile, and today most smart devices very successfully survive JerryRigEverything's well-known (or notorious, if you prefer) bending test - some would say that such intentional bending to the smart device body with full force of both hands does not represent practical use. Average, and some would say that a relatively simple and inexpensive protective cover could prevent this problem, but the fact thatOnePlus Nord became conspicuous in the negative in that he did not survive the exam is one that should not be ignored. 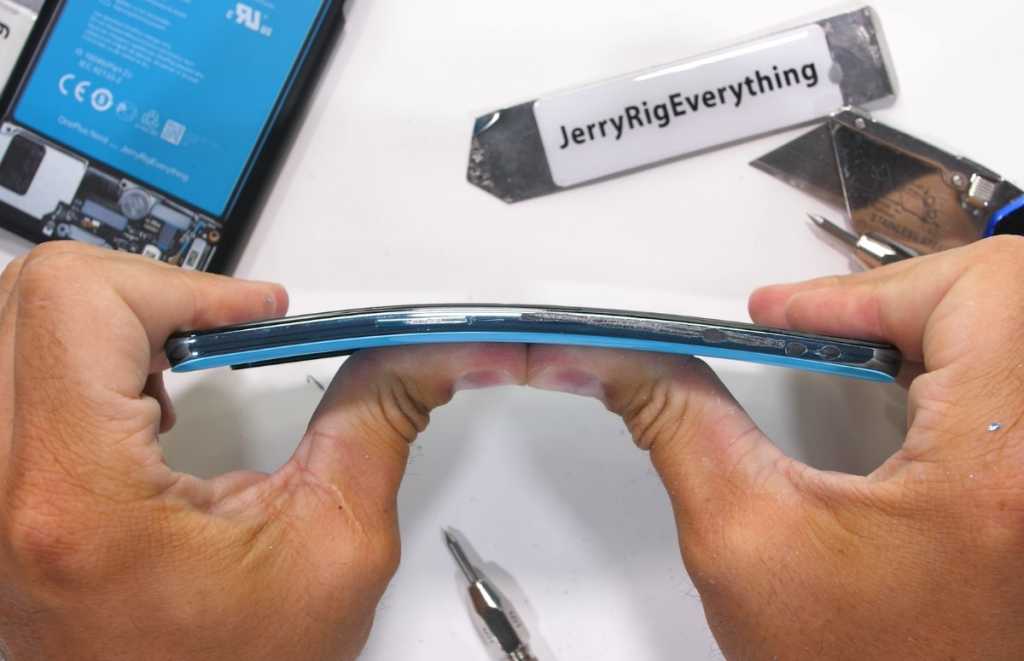 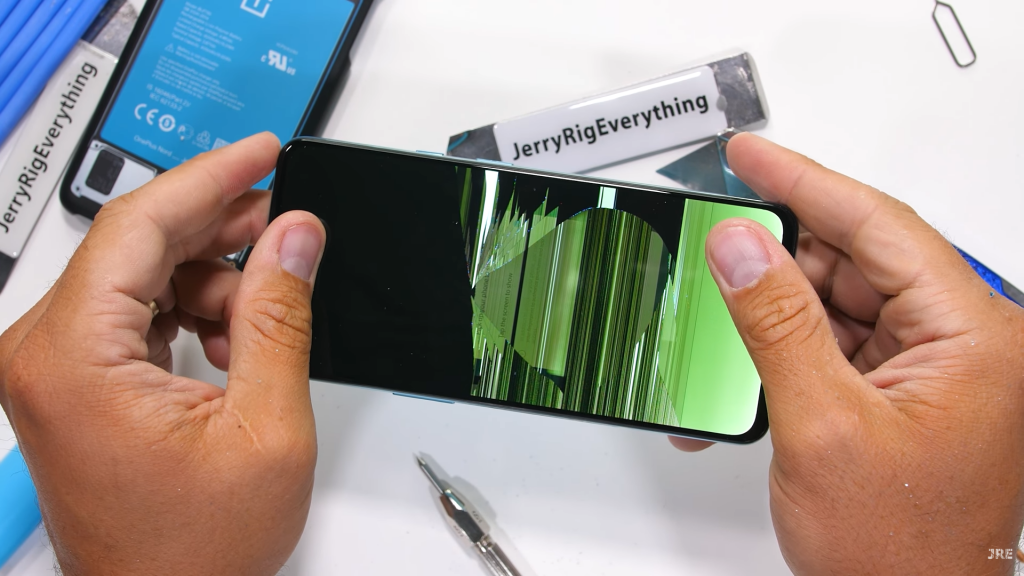 Fracture inOnePlus Nord was weird and unusual - the plastic frame was completely shattered at its thinnest point around the metal buttons and after that a break was formed in the display panel itself, even though the front and rear protective glass remained intact and intact somehow

OnePlus has already proven to us on several occasions that it knows and is able to develop and assemble high-quality and very durable smart devices (the modelOnePlus 8 Pro survived the torture on the JerryRigEverything channel impressively for example, with no visible damage), and Nord's current failure does not immediately make it a device worth avoiding or disqualifying - but there is nonetheless great value in this test that exposes potential buyers to points The weakness and thaw of this promising intermediate device. It's no problem to continue to be interested in the Nord and even consider buying it - just keep in mind that the addition of a quality protective cover would be a very smart idea in this case, more so than in many other models available at the same price levels in the market.