The Legendary Roleplay series is landing on devices Android and-iOS - But does it really feel like Skyrim And Oblivion or more like cheap imitation?

At the recent E3 show, Todd Howard of Bethesda took the stage, unveiling a new game they are working on - a dedicated mobile game in their popular Elder Scrolls role-playing series called Elder Scrolls: Blades. His performance was quite impressive and promising. Todd promised us graphics of Consoles On the mobile, and a game that will feel like Elder Scrolls, just for mobile.

As someone who is very fond of Bethesda's games, of course, once it was possible, I signed up for the Early Access game. Well, I've been playing with it for a few days, so I decided to share with you my thoughts on Elder Scrolls: Blades. Have we finally seen an original, high-quality mobile game from Triple A studio, or are the usual microcontrollations destroying the entire experience? Stay with me and you will find out. 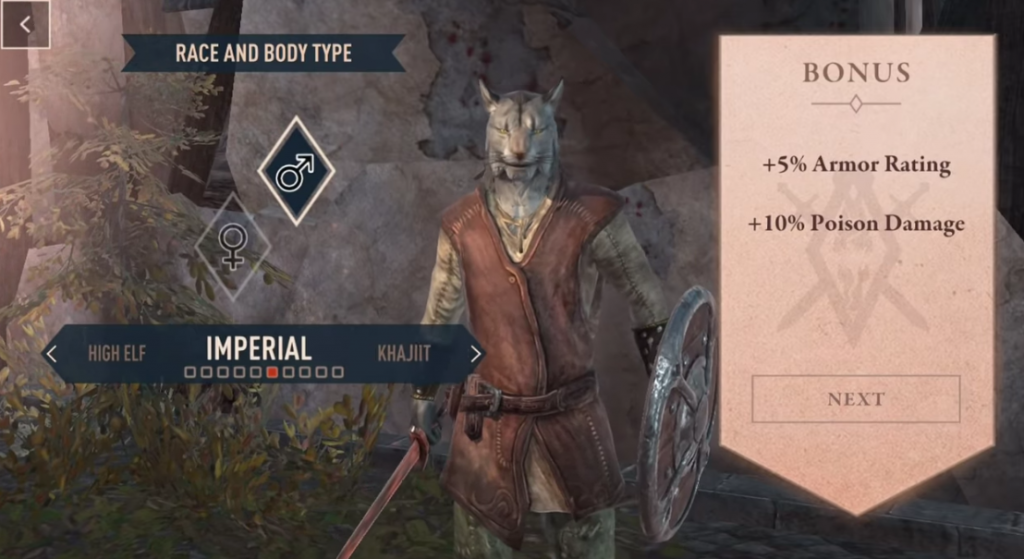 In the game we play a character of a warrior (or warrior) who returns to his hometown only to find that it has been destroyed to the ground by mercenaries sent by the queen. You are tasked with gathering resources and bringing the city back to its glory - only it is not that simple. During the raid on the city, a mysterious underground passageway was discovered from underneath, which appeared to cause alarming phenomena, such as the appearance of evil goblins and an army of a dead god spreading like a locust. The plot of the game will lead you to the truth behind the incident. But, will you ever reach the end? Great question, remember, this is a free mobile game with microtransactions. But about that later.

The games are divided into two parts - quests and city renovations. Different characters you talk to will take on missions that will send you to all kinds of places that seem to have been taken directly from the Elders Skores game. There is no crazy variety in environments, but they do look great on the smartphone screen. Of course, all those Danes, castles and forests are full of enemies, and you have to fight them on your way to your destination. 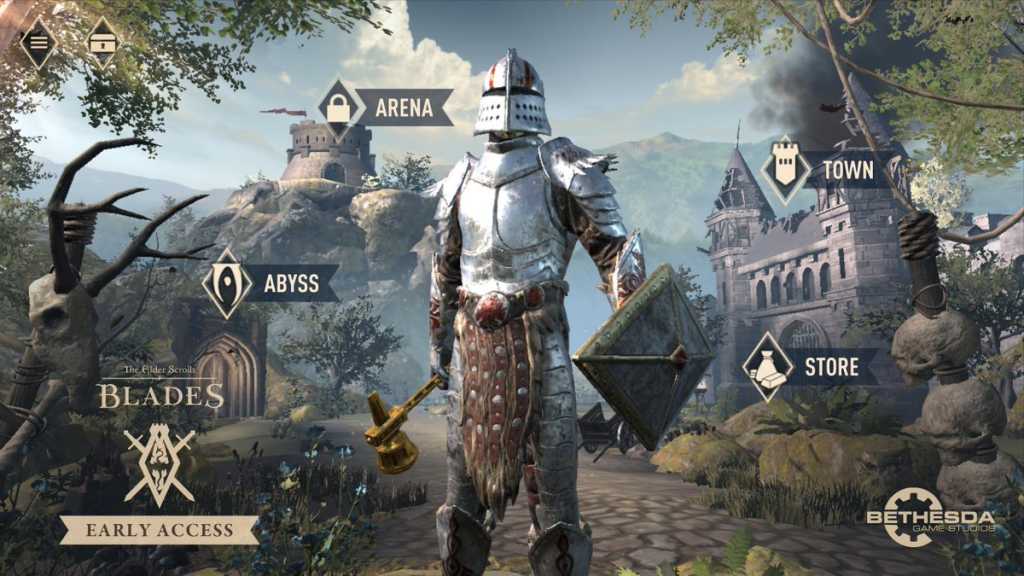 So how does the battle system work in the game? Once an enemy sees you, you automatically enter the battle, only you and him, face to face. The battle system of Eldar Scorles, of course, has spread greatly to suit Mobile, but surprisingly it is not casual at all, and requires timing and learning of the weaknesses and strengths of the enemy in front of you. Clicking on the screen will raise the sword, and clicking at the right time will allow for a stronger attack and even a combo thread. If you have a shield, you can use it to protect yourself, as well as use the abilities and magic you develop to hurt your opponent in other ways. A few hours into the game and you can not just press the keys, because the enemies know how to protect themselves from you, and even use magic and abilities of their own.

The chaos of enemies and the research of dungeons will allow you to accumulate points of experience and increase levels, which in turn will allow you to learn new skills. You will also find treasure chests, money and resources. 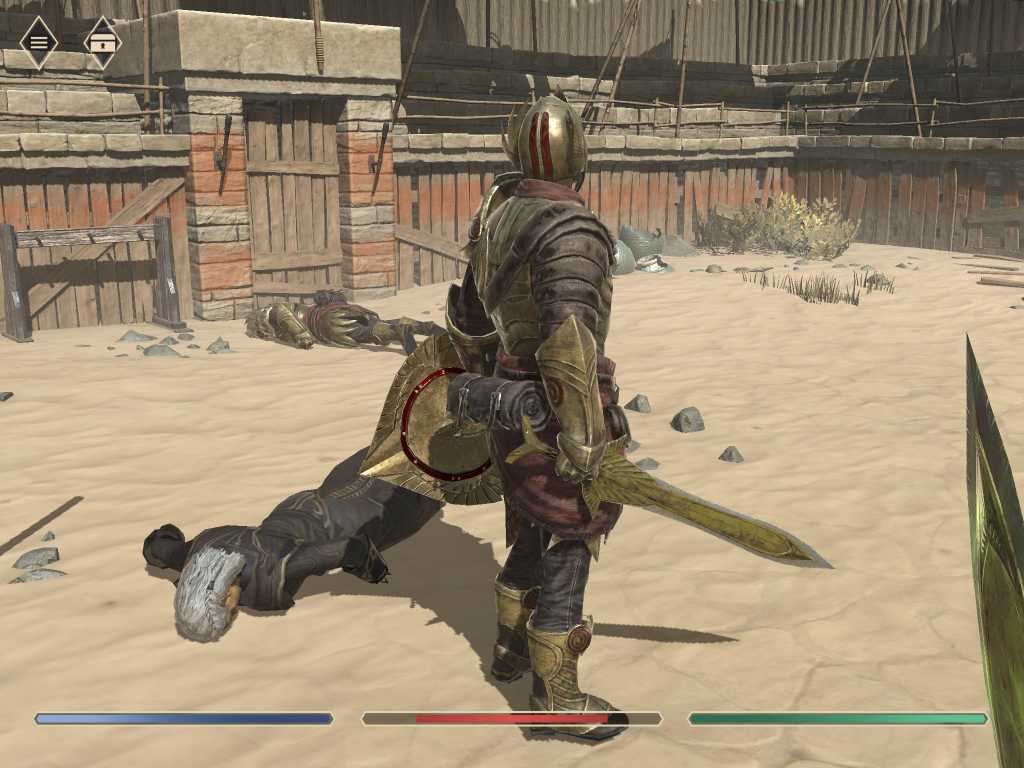 Which brings us to the second part of the game - the city renovation. With the resources and money you collect, you can rebuild buildings in the ruined city, and most importantly - set up and upgrade stores. It happens quite often, so it's an important part of the game, but you won't spend much if you're not willing to pay.

so yes. pay. Where are the microtransferences really coming in, you probably ask? So: Know the well-known equation "time is money"? Well, Elder Scrolls: Blades checks your patience. Any action in the game takes time, and if you don't want to wait, you'll have to pay in Gems, a coin that you can of course buy from the store, or get here and there for free, but probably in a modest amount. Want to build a new structure? Wait an hour. Want to create a new sword for the blacksmith? Wait half an hour. But all this is tolerable. The problem starts mainly with these treasure chests I mentioned earlier. 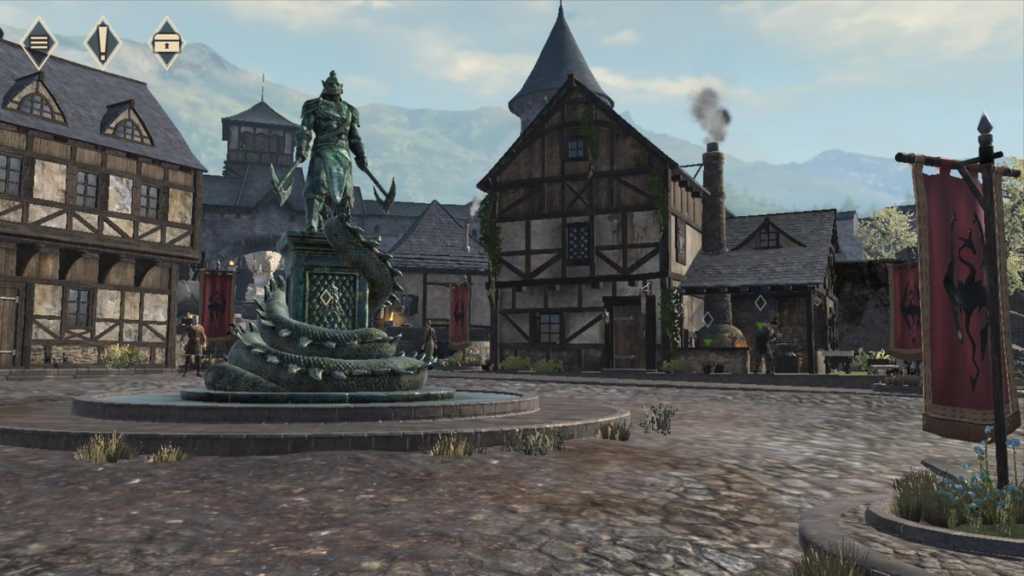 There are a total of five levels of boxes, the better the box, the better its loot. To open them you have to pay a certain amount of Gems, or as mentioned, wait. Wait for it to be free. But when you wait, you can't open More Free boxes at the same time. The waiting time starts from 5 seconds to the simplest box, continues to 3 hours for a silver box, 6 for gold box and so on. Have you chosen to open an 6 box for hours? During these six hours you will not be able to open the rest of your boxes for free, unless you use Gems to open them simultaneously. Of course the game does not really provide you with Gems in realistic quantity to easily open boxes. And there is a limit to how many boxes at the same time you can hold in Inventory (which will also expand the Gems course).

Why do you need the boxes anyway? Because most of the spoils come from the game, whether it's good equipment or resources enough to at least upgrade the smithy so you can make better equipment. The store incidentally also allows to buy pre-boxes, not just Gems.

It's not that you can not play a game without buying Gems, but I have some suspicion based on the difficulty of the game at the point I'm in, that the game will make it difficult for me to progress further, or require me to wait an unreasonable time and do a very long grind of side missions.

So I'm sorry friends, there really isn't any news here. Although Elder Scrolls: Blades has a lot of potential because its gameplay is really fun compared to a mobile game, it is less casual than I expected and its production quality is very high. But when it comes to keeping up with your progress in the game if you're not willing to pay - it's still a game that uses all the cheapest microtransaction tricks. If you're ready for it, you'll probably enjoy it a lot. If you were expecting something else ... it's better to take another skier round. 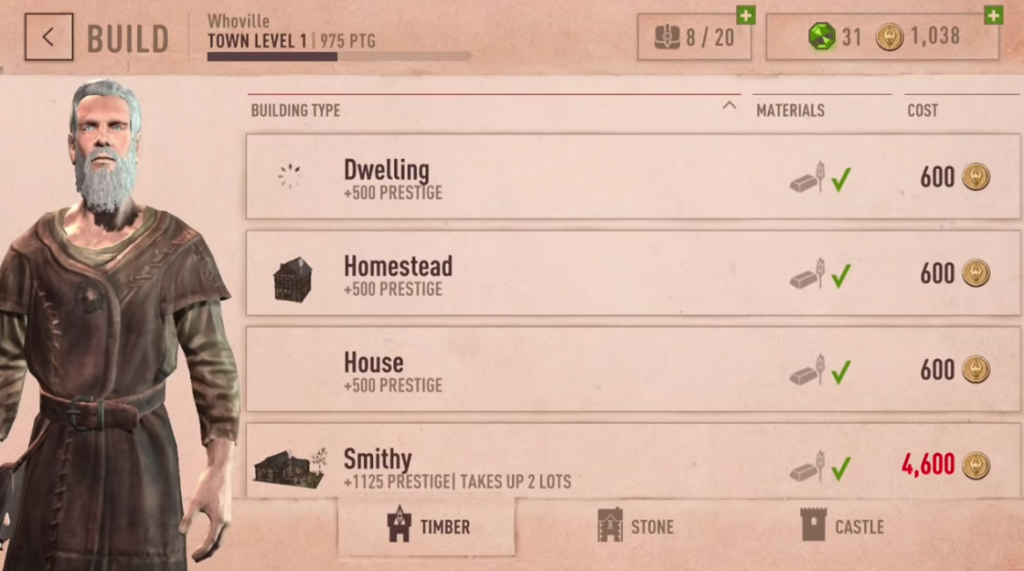 updating: Bethesda indeed listened to complaints and lowered waiting times to silver boxes for an hour only. It does make the game a bit more erosive, but does not reduce the fact that you will encounter at some point in the difficulty of having to pass without paying.

Have you tried Blades with your own hands and eyes? Let's talk about experiences in reactions.

Wait, there's more!
Join To the group of zon And you can receive exclusive updates on various offers on the net, share content that you find interesting, consult with members of the site, and more - Join now!
Tags
Bethesda GameGems iOS Android
Share
Facebook Twitter LinkedIn WhatsApp Telegram

The smartphone that brings an ornament back to its old age

The pet that does not need food

Also with the official importer: the advanced Xiaomi Mi Note 10 Pro is available in Israel

The smartphone that brings an ornament back to its old age

The pet that does not need food

Also with the official importer: the advanced Xiaomi Mi Note 10 Pro is available in Israel