Super screens AMOLED Are a big upgrade over the brand's technologies from previous years - but the Chinese manufacturer's new mid-range models all come with mid-range processing chips, with no support for the fifth generation

The company's products To be accurate (Xiaomi) often include small and puzzling choices that are difficult to explain in a logical and convincing way - capabilities that exist in discounted models but disappear rather in the prestigious premium models, sequels that constitute a low for their predecessors and the like. We learned to live with the existing offer for all its strangeness because in most cases with still manages to justify the price and by and large, but it does not seem that those seemingly puzzling decisions are about to disappear from our lives in the near future - here lands the intriguing Redmi Note 10 series, with several models Confusing areas and chips that feel like stepping on the spot at best.

In line with the trend we saw with the Mi 11 and Redmi K40 earlier this year, and in line with the many teasers the company has scattered on social media - the highlight of the new mid-range devices that will be sold in tens of millions of units in the coming year is display technology. Relatively simple for Super screens AMOLED Which are considered more impressive and advanced in the eyes of the majority, including the possibility of a high refresh rate of 120 Hz in the senior model. 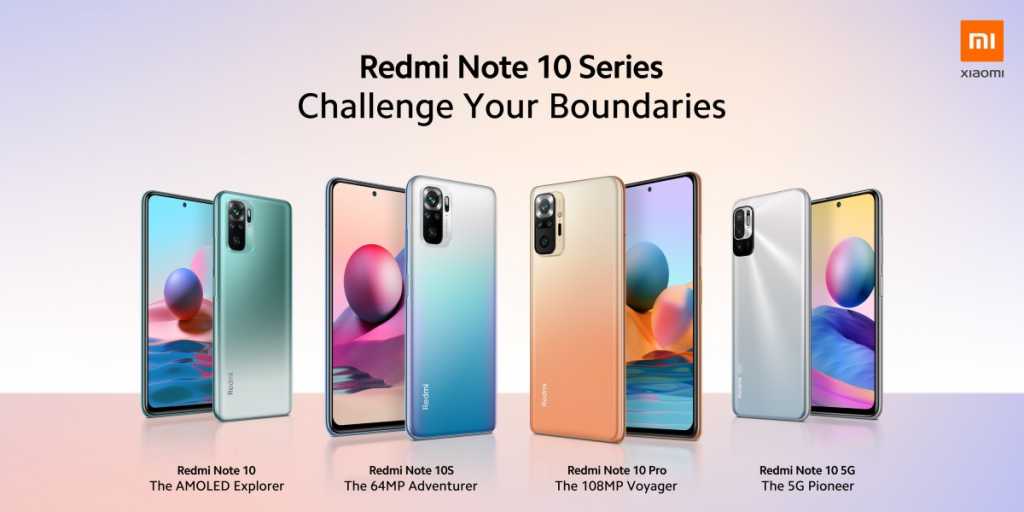 The same senior model for the Western market will be the Redmi Note 10 Pro, with a nice 6.67-inch Super AMOLED screen with a resolution of 2,400 × 1,080 pixels, a refresh rate of up to 120 Hz, Gorilla Glass 5 protective cover on the front and back, UFS storage Fast 2.2GB or 64GB internal with additional expansion option, dynamic memory of 128GB or 6GB, Android 8 system with MIUI 11 interface above it, stereo speakers, built-in NFC chip, square photo array with 12 megapixel main sensor on top, slot for Headphones, built-in infrared transmitter, 108mAh battery with 5,020 watt charging - And an octagonal Snapdragon 732G chip without 5G support Who made his debut over half a year ago With the Poco X3.

This chip is from home Qualcomm It's not a terrible choice at all, but at a time when the market is booming.Snapdragon 750G or even theSnapdragon 690 and there are rumors of more modern and even more advanced mid-range models marching towards official unveiling - one can understand why this restrained choice has caused many eyebrows to rise in slight amazement. 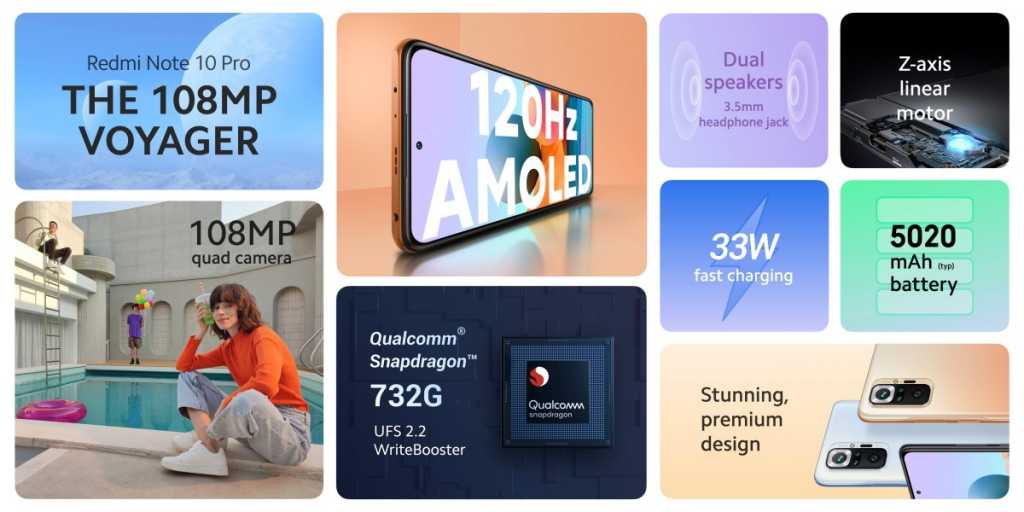 The standard Redmi Note 10 maintains a panel in Super technology AMOLED, Though it is smaller and simpler with a diagonal size of 6.43 inches, with a resolution of 2,400 × 1,080 pixels, a refresh rate of 60 Hz and a Gorilla Glass 3 protective cover over. It has 2.2GB or 64GB expandable UFS storage with 128GB or 4GB of dynamic memory, a square rear photo array with a smaller and simpler 6 megapixel sensor as the leading unit, stereo speakers, a 48mAh battery with a 5,000 watt charge - and a chip Snapdragon 678 which is a minor rushed version for theSnapdragon The 675 veteran who has been with us since the beginning of 2019. 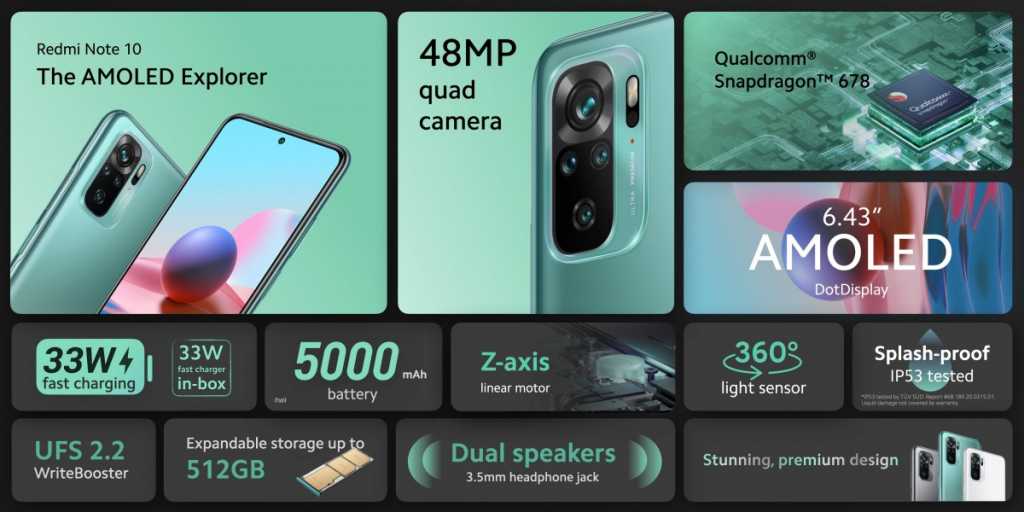 The Redmi Note 10S will be a brother of the Redmi Note 10 and will also enjoy international availability - with a very similar display, dimensions and design panel but the use of an octagonal Helio G95 chip from Mediatek (also without 5G) as a replacement for Qualcomm, Memories Dynamics with increased volumes of 6GB and 8GB depending on the selected internal storage volume and a main photo sensor of 64 megapixels. 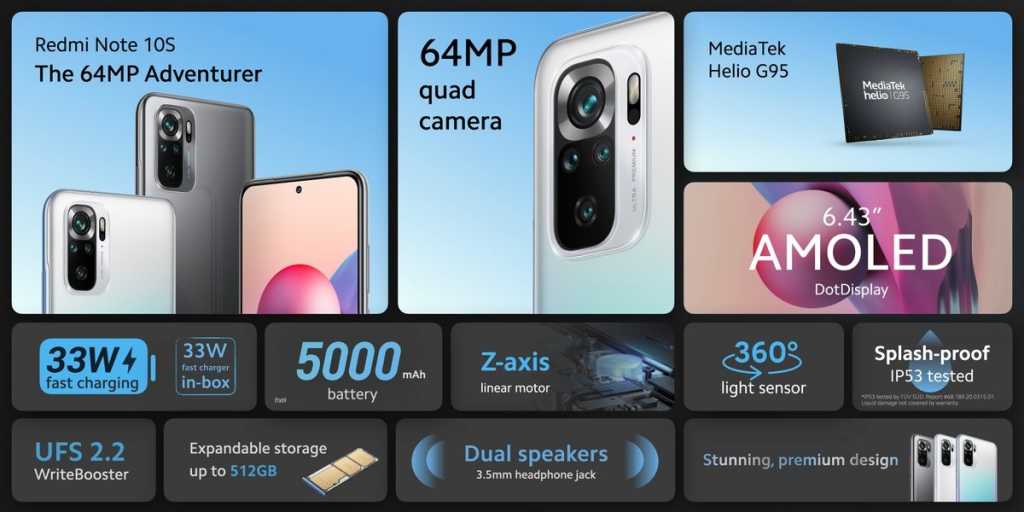 For dessert, the international Redmi Note 10 5G model will be the only one of the four as it will offer support for the new generation of cellular networks - but will do so at the expense of the Super panel AMOLED For some reason, with a return to the 6.5-inch IPS panel with a resolution of 2,400 × 1,080 pixels and a refresh rate of up to 90 Hz, a triangular rear photo array with a main 48-megapixel sensor, a built-in 5,000mAh battery with 18-watt charging support and an octagonal Dimensity 700 chip of Mediatek Which makes it weaker, in fact, than the Redmi Note 9 5G Which is already sold here in Israel with the Dimensity 800U. 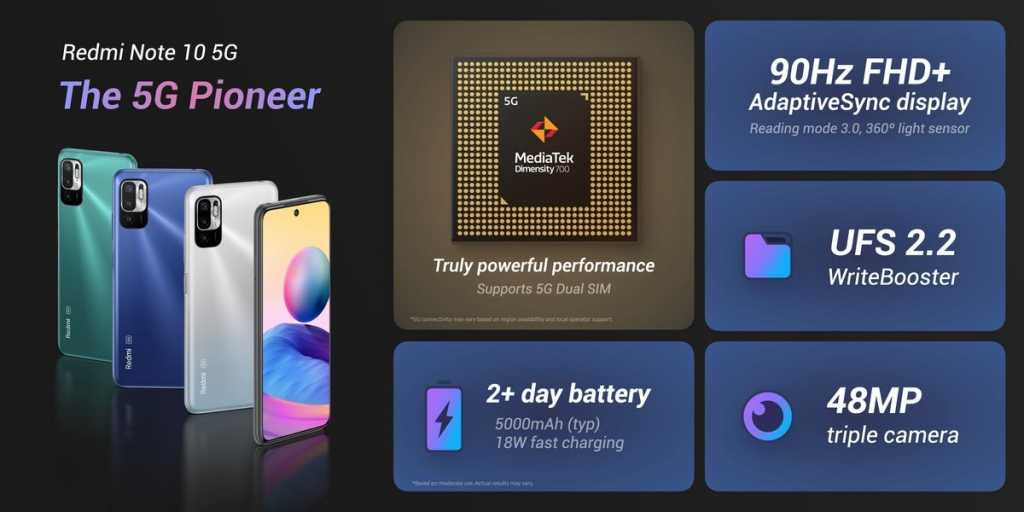 All four Redmi Note 10 models will be available for purchase over the next two months with three varying shades - and at recommended prices (excluding tax surcharges) starting at just $ 200 for the simplest Redmi Note 10, go for $ 230 for the base version Of the Redmi Note 10S, and come up to $ 280, $ 300 and $ 330 for the Redmi Note 10 Pro depending on the selected memory volumes.

Although the technical specifications do not match our expectations and dreams, it would not be an exaggeration to assume that the tenth incarnation in the Redmi Note family will also become a success story in a large number of markets around the world, including here in Israel, thanks to wide availability and affordable prices. At the first opportunity, or maybe wait a little longer until the required arrival of models 5G Reinforced at a later date.