Game of Thrones: All information on the flagship instruments of the year 2015

As part of the expectation for the new leading smartphones from manufacturers like סמסונג, HTC, LG, Xiaomi And others, we collect for you all the juiciest and most relevant information available on the net as of this moment 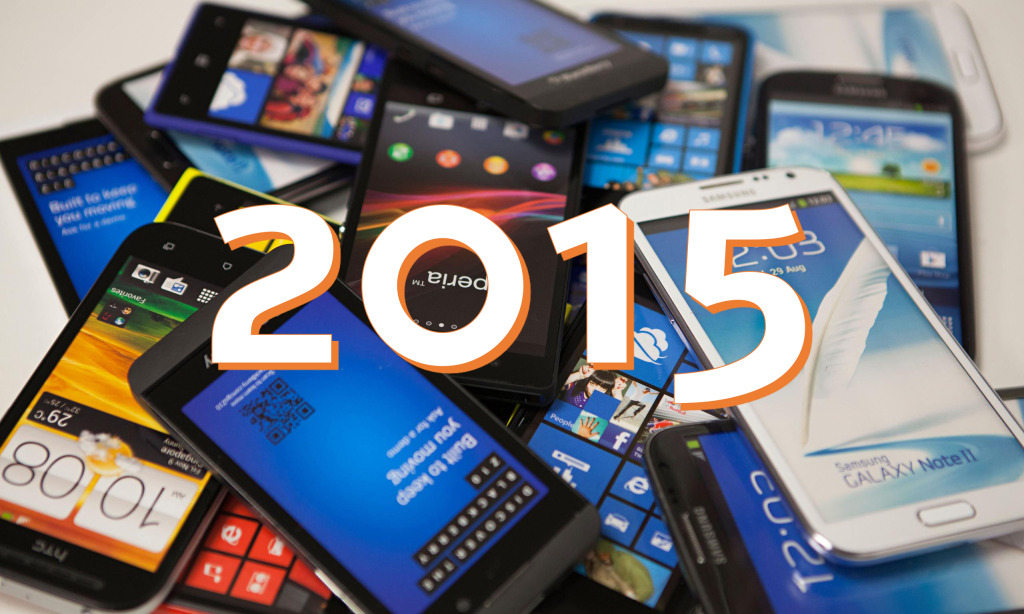 We are in December of this year, and it is time to look into the future and thus to the next flagship instruments of our favorite companies, which are expected to come out at 2015. After the information on the future OnePlus Two, we decided to test the Galaxy 6, which will have to wear very large shoes,LG G4, which comes as a continuation device for one of the world's best-selling Android devices, to the Mi5 and the Xiaomi MX5 andMeizu Respectively, promising to provide us with the best value for our money, we definitely have what to expect from the global smartphone market in 2015. Let's see exactly what to expect.

With the launch of the first quarter of 2015, 6's Galaxy device סמסונג Promises to bring a powerful specification that can only be dreamed of today. From a leaked image of the device (supposedly) from the AnTuTu performance test, the Galaxy S6 smartphone (or in its less beautiful name the SM-G925F) will arrive with a 64-bit octagonal processor made by Exynos 7420 סמסונג Itself, 5.5 "screen with a resolution of 1440 × 2560 (for a density of 534 pixels per square inch), a 20-megapixel rear camera and a five-megapixel front camera, three gigabytes of זיכרון RAM and 32 gigabytes of RAM זיכרון internal.

As part of the latest trend to embed the powerful Snapdragon 810 processor for almost every approximate spec of future flagship devices, the LG G4 is of course one of them. LG's next flagship device is expected to come out around the middle of next year, with impressive specs as well, including a 5.5 "to 5.9" screen with a cover Gorilla Glass 4 And a resolution of or 2K (translating to 1536 × 2048) or 4k (Which translates to 3072 × 4096) which gives the screen a density of between 450 pixels per square inch and 900 (from the least accurate details).

The G4 is also expected to come with a waterproof structure, a processor Snapdragon 808 or 810, three or four gigabytes of RAM memory (depending on model size estimated in 32 and 64 gigabytes, respectively) camera Back-end between 15 and 17 megapixels and a front of three to four and a battery of 3,500 mAh.

Additional details suggest that the G4 will come with a Cat6 LTE antenna, chip NFC, Bluetooth 4.0, and 3.0 microUSB connection. The approximate price tag is between 650-700 (between 2,600 and 2,800), placing it in the normal price range of flag instruments on the market.

Tweet from twitter user upleaks The seller who came out a few days ago provides us with almost all the important details that will appear on our next flagship device HTC, Named internal code Hima. The new One is expected to come with the All-In-One processor Snapdragon 810, three gigabytes of RAM זיכרון Ram, 5 "screen with a low resolution of 1080 × 1920 (for a density of 440 pixels per square inch) and an antenna LTE Cat6.

The M9's special camera system includes a rear camera of 20.7 megapixels and an 13 megapixel camera or 4 ultra-pixel (the same technology that HTC used for the rear camera of the M7 and M8 devices) Run the operating system Android 5.0 LOOPOP with Sense 's interface HTC In its seventh version.

The sequel to theXperia Sony 's famous Z, named Xperia Z4, is expected to bring with it a number of improvements, with a special emphasis on the screen. With a size of 5.95 "and a resolution of 1440 × 2880, the estimated screen of the Z4 device has an impressive density of about 541 pixels per square inch, even more impressive density considering the huge size of the screen in question.

The camera is expected to reach a resolution of 20.7 megapixel, here we do not know if the sensor behind the Z4 photography capabilities will be the new generation Sony is developing, or again,Xperia Z, we get the IMX220 sensor that the company assimilates.

Of the devices we have less information about, Motorola is expected to use the hardware it created for its powerful Nexus 6 device, Google, With the same 5.9 "screen and with a resolution of 1440 × 2560, processor Snapdragon 810 octane cores and four gigabytes of זיכרון Ram, what makes this mysterious device a performance monster that leaves us with what to wait for. 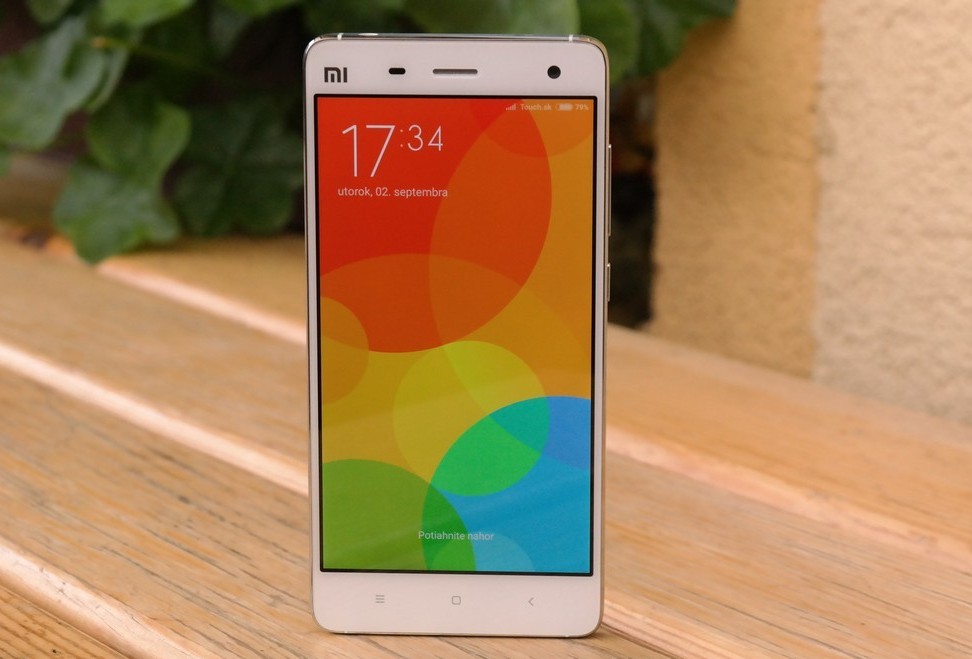 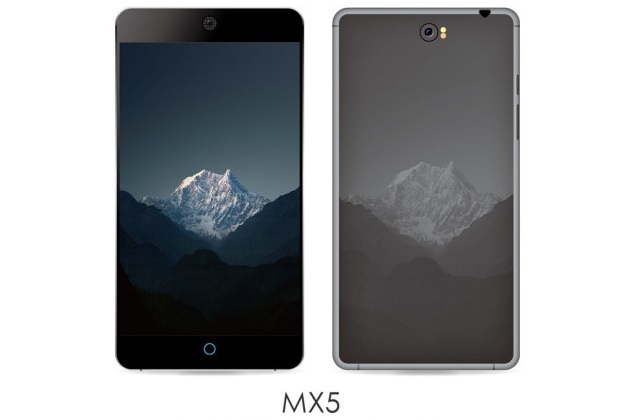 We could not help checking out what was happening in the Chinese market of the smartphones market, with the flagship devices of the most prominent manufacturers in the market, Xiaomi andMeizu.

Xiaomi's Mi5 is expected to come (like many of the flagship devices we know) with the most powerful processor Qualcomm has to offer,Snapdragon 810. Along with the powerful processor, the Mi5 device will come with a 5.7 "screen with a resolution of 1440 × 2560 (for a density of 515 pixels per square inch), and an even more impressive feature - a price tag of only 325 dollars (about 1,300 shekels), a price that characterizes The way of pricing Xiaomi And that we will be happy to see the future flagship instruments of the company.

After launching the upgraded version of the MX4, Meizu will also launch a new flagship device called MX5, a difference of only a few months between launch and launch. From recent simulations viewed on the Weibo site, the MX5 may come with what looks like a rear screen, in addition to the standard screen we're used to seeing on devices Unlocked Typical. No more information on whether the rear screen is driven by technology E-Ink, LCD or if it exists at all, but we do know that the front screen of the MX5 is expected to reach 2K resolution (or 1536 × 2048).

Despite the little information we have about the Chinese flag instruments, the 41 megapixel camera (supposedly the same camera that adorns the X-Nokia Lumia Old 1020) is expected to arrive as the central camera of the MX5, an upgrade that is certainly significant if it does happen.

If so, we definitely have something to look forward to from 2015 from the smartphone market. From ultra-high-resolution cameras, insanely powerful 64-bit processors and huge monitors with even greater resolutions, 2015 will definitely be a year where the smartphone takes another step in the right direction in replacing our computers and tablets on a daily basis.