Lenovo launches: a smartphone that is also a little tablet 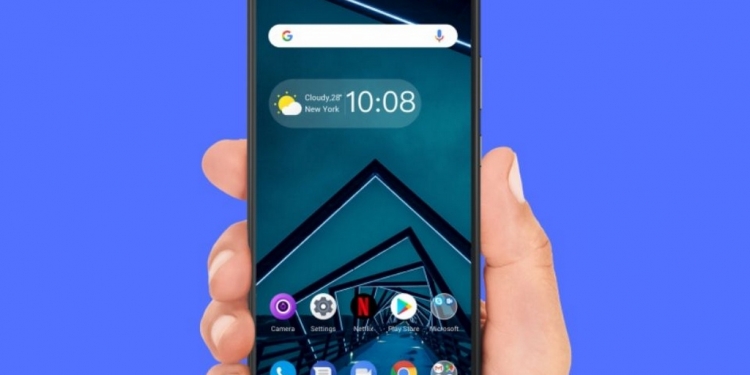 looks like Lenovo Is one of the largest international companies still believing in the concept of Tablets Based on the Android system (even after Google itself announced that it had actually given up the category), and it reminds us of this now with the launch of the Lenovo Tab V7 device - which offers a feature-sized screen Tablets Along with all the other relevant characteristics of the smartphone world.

This interesting mid-range device offers consumers an IPS screen of no less than 6.95 inches (even longer than Shiomi's Mi Max 3) and a resolution of 2,160 × 1,080 pixels, with chip Snapdragon 450 octagonal cores of Qualcomm in 14, a nanometer lithography system Android Up-to-date pie, dynamic memory of 3GB or 4GB, volume storage Built-in 32GB or 64GB, pair speakers Front stereo with Dobly Atmos support and a very generous built-in 5,180mAh battery that is supposed to do wonders based on the modest chip inside, even taking into account the large display panel.

Your smartphone includes two slots for SIM cards with call support, just like any other Unlocked Other, plus one 13 single-megapixel camera, built-in rear fingerprint scanner, 5 megapixel camera, connectivity Wi-Fi 802.11ac Dual Channel, Connectivity Bluetooth 4.2, radio receiver and more - all in a shell with a fairly reasonable weight of 195 and a thickness of a little less than 8 millimeters.

God-Lenovo Tab V7 is available for purchase in the Indian market at the price of 13,000 rupees (about 189 USD) for model with 32GB of storage and 3GB of RAM And at a price 15,000 rupees (about 218 dollars) per model with 64GB for storage and 4GB of RAM. Should we have the fingers to reach us in the Holy Land, or should he stay somewhere in the Far East? Tell what you think about the reactions.