A new intermediate model that will officially replace theOnePlus The original Nord gets a date for the festive unveiling, presumably based on Mediatek's most advanced chip in the arsenal

The Nord brand has experienced rapid growth and development in the intermediate market in a large number of markets around the world over the past year, including here in Israel, and today can already be considered an integral part of the field alongside the well-known products of סמסונג And Xiaomi. Three different devices from the family are available in Israel at prices between NIS 530 and NIS 1,900, with additional reinforcement of the fresh Nord CE model very soon - and now we know that the official heir for the Nord that started everything less than a year ago will also be officially presented in ten days, with Surprisingly something from the hardware of Qualcomm To the hardware of the competitor from the East Mediatek.

Digital invitations to the Nord 2 launch event on July 22 were circulated online a few days ago, along with confirmation of the transition from the octagonal Snapdragon 765G chip to the octagonal Dimensity 1200 chip - the first of its kind with the addition of the AI ​​extension to its name, which betrays unique capabilities video. The performance of Mediatek's most advanced chip in the arsenal will be a significant upgrade in all features compared to chip The intermediate from home Qualcomm Which has already been replaced with some more sophisticated models under the series Snapdragon 700, but it is not yet known whether the new AI edition will be satisfied with accelerating the capabilities of artificial intelligence and computational learning only or will include additional bonuses for "traditional" processing capabilities as well.

The rest of the specs in the Nord 2, according to leading leaks from recent days combined with some more official teasers from company representatives, will include a 6.43-inch Super AMOLED panel with a familiar 2,400 × 1,080 pixels resolution and a refresh rate of up to 90 Hz, fast UFS storage of 128GB or 256GB, dynamic memory of 8GB or 12GB, Android 11 system with OxygenOS interface, optical fingerprint scanner below the display, chip Built-in NFC, 4,500mAh battery with 30 watt wired charging and triangular main photo array with 50 megapixel main sensor of Sony Which will once again benefit from an optical stabilization array.

If the official prices for the OnePlus Nord 2 are the same as those we saw in the first generation, ie 400 euros or 1,700 shekels to 1,800 shekels for a start in the country, it can be considered a good leap - with much more processing power (assuming you do not boycott completely The Mediatek products for one reason or another), battery Enlarged and also the potential for better quality photography under the same pricing. Watch for more updates coming soon!

updating: OnePlus continues to unveil tap after tap of the Nord 2, with approval to use the OxygenOS 11 interface over the latest Android 11 system inside, plus a public promise of official support for two future major versions (i.e. a guaranteed update until Android 13) and three years of updates Security Frequent as a supplement. There is also additional approval for the use of Sony's advanced IMX766 sensor with a maximum resolution of 50 megapixels and with optical stabilization - identical or very similar to the main sensor in the models. OnePlus 9 andOnePlus 9 Pro. 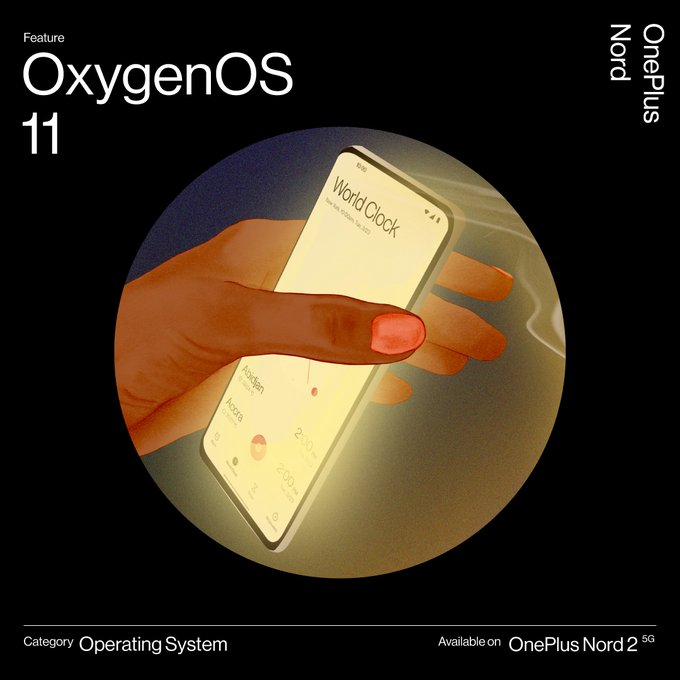