Meet the Bluboo X550: a smartphone with a huge battery at a tiny price

Here's another Chinese smartphone worth noting: The Bluboo X550 offers a system Android 5.1 and a capacity of 5,300 milliamps per hour, now for less than 150 dollars

Just when we were already thinking Manufacturers of Chinese devices They will no longer be able to surprise us any more, It seems to be happening again: a relatively unknown young manufacturer named Bluboo shows Unlocked New, which claims to be the ultimate combination of a super-affordable price and a battery that will last several days between charges, even under particularly heavy use.

The device in question is called X550, And like the vast majority of its Chinese market partners is also based on a chip from Taiwanese MediaTek - this time on the MT6735 quad-core Cortex A53, for a change (And unlike some other ultra-lucrative devices we have recently met) Supports all cellular frequencies used in Israel, including the third-generation 850 MHz frequency.

The rest of the specification includes an 5-inch IPS screen and an 720p resolution system Android Lollipop is up to date in 5.1, memory RAM Volume 2GB, volume storage Built - in 16GB plus slot microSD Expandable up to an additional 64GB, an 8-megapixel main camera, a 2-megapixel front-facing camera, a pair of SIM slots to work in parallel - and a battery with a capacity of no less than 5,300 mAh. 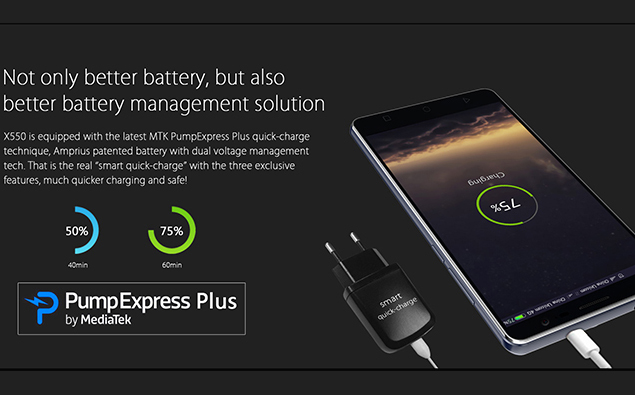 The X550's battery is designed to provide, according to Bluboo, up to 30 days of charge between charges, and / or four days of frequent use - with support for Mediatech's fresh Pump Express Plus technology to ensure that charging is not too long (approx. 75 percent charge within an hour with a support charger, again according to Bluboo itself).

Now, to the punch line - the price of the Bluboo is currently only $ 150 (with plans for a gradual increase to the region of $ 170 in early July), when the coupon code 'X550' Will allow you Purchase it now, at Gearbest.com, at an even lower price of just about $ 144, Plus free international shipping. Were you positively impressed? Hurry up to take advantage of the benefit - it will end on June 4, and the price will increase to about $ 160.