Microsoft unveils its new device for the mid-market,Lumia 640, with a high cost / benefit ratio, a satisfactory specification and an XL version that takes the place of the X-Lumia 1320

A new flag device? Wait for Windows 10: As part of the MWC exhibition currently taking place in Barcelona, Has launched Microsoft has two new smartphones for the Lumia, Lumia 640 and Lumia 640 XL series. Both devices are designed for the middle market and both include virtually identical specifications. The Lumia 640 comes with Windows Phone OS 8.1 And with Update of the Denim Lomia Nokia, when Microsoft promised that these two new handsets will receive the update to NokiaWindows 10 With the otherWindows Phone Support.

SpecificationsLumia 640 Also includes 5.0 "screen resolution of 720p, processor Snapdragon 400 quad-core, 1 gigabyte of RAM and 8 gigabytes of internal storage, expandable with a microSD card for up to an additional 128 gigabytes. The rear camera of theLumia 640 comes in an eight-megapixel resolution and is capable of taking pictures Video At 1080p resolution on 30 frames per second, with the front camera of the device reaching a resolution of only one megapixel and is capable of taking pictures Video Only 720p resolution. 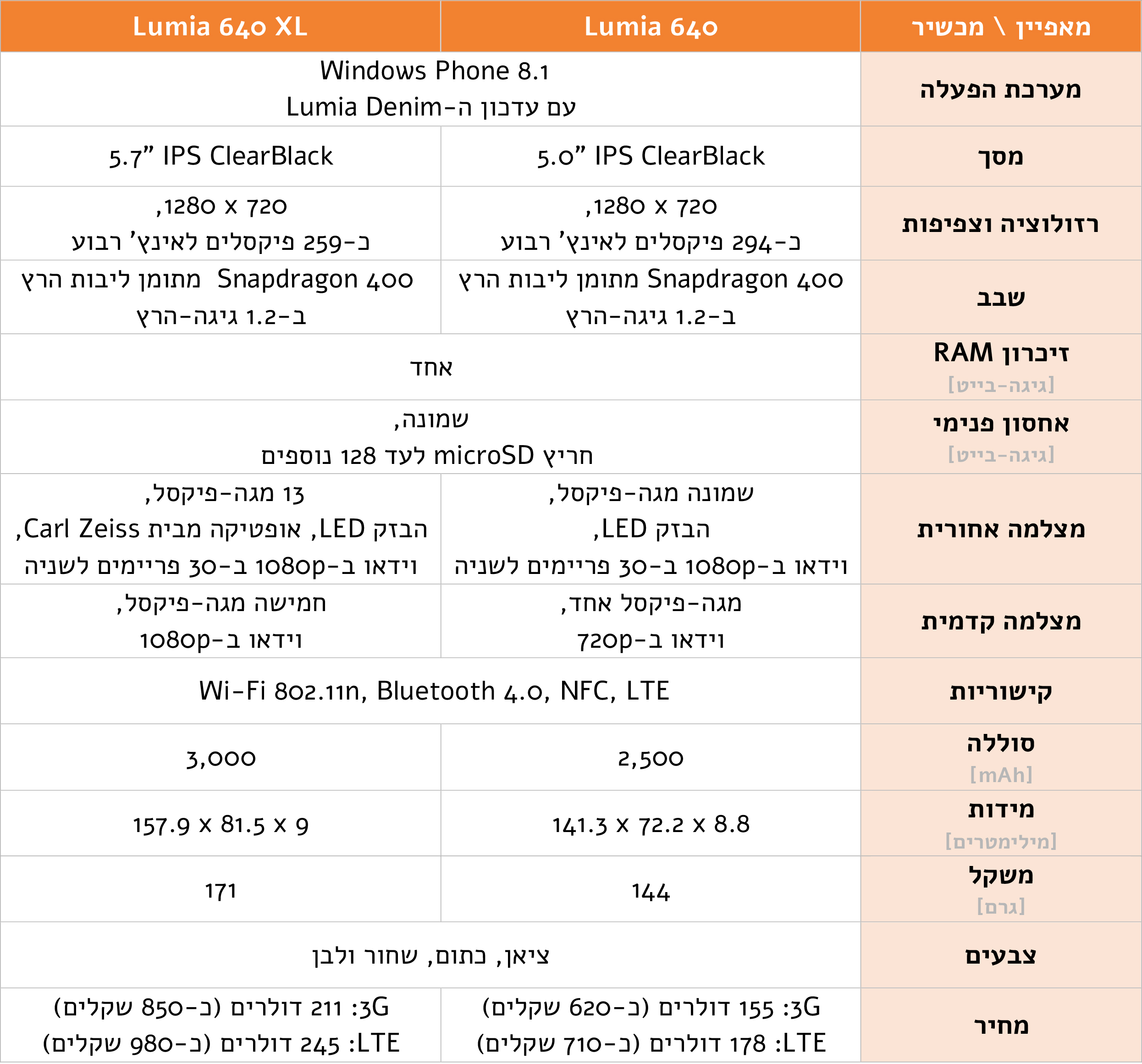 Like most Microsoft middleware, the Lumia 640 and the Lumia 640 XL come in pretty thin design and are almost entirely plastic, with Microsoft's branding on the front of the device. In addition, Microsoft has included with the acquisition of one of the free 30 GIGABYTE devices for cloud storage with OneDrive service A solution that can make it much easier for users who can not handle eight gigabytes of internal storage and are not interested in purchasing an external memory card. Not enough? Microsoft Office Also provides a full year of free Office 365 Personal service to any of the purchasers of theLumia 640.

As you may have noticed, Microsoft has not yet unveiled its new flagship device for 2015. In a round of questions after the event, one of the company employees noted that Microsoft plans to launch a new flagship device in the near future, but the company is waiting to launch the operating system Windows 10 before you discover the new hardware that will come with this system directly from the factory.

DevicesLumia 640 andLumia 640 XL will be available for purchase by April, with no further information on the availability of the devices in Israel. We do not speculate that these devices will do it in the near future, but at their attractive price and impressive specifications (for intermediate devices), we do not argue with that.