Microsoft: A billion dollars from patents to Android, and back to more 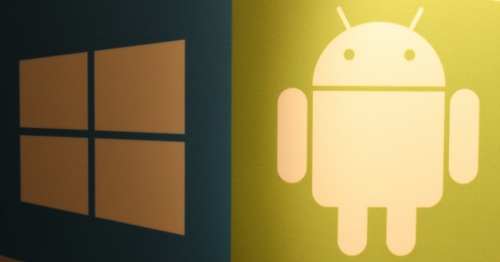 Microsoft has a lot of patents in the mobile field, for which it received $ XNUMX billion from Samsung last year, and now the company is claiming additional compensation

Microsoft has a lot Patents, About 49,000 to be exact. A small part of them, about 600, belong to technologies in the mobile field. With the development of its rivals' operating systems, such as Apple's iOS and Android's Android Google, Microsoft began protecting its patents by lawsuits. Already from 2009, where Nokia sued the Dark On a number of patents, patent claims on smartphones have become a routine thing and a legal way to delay, sabotage and impoverish competing companies.

Among the companies that have signed such an agreement, we can find

The latest case is Microsoft 's lawsuit against Microsoft סמסונג, In which Microsoft received $ 6.9 billion from Samsung for using the Android system in its devices. The information on the amount was revealed as a result of another Microsoft lawsuit filed in August, in which it claimed $ XNUMX million from Samsung for unpaid royalties from last year. Reaction, סמסונג Claims that Nokia's acquisition by Microsoft Office Violates the agreement signed between the companies, however Microsoft Office Continues to remain in its position and demand compensation.

Patent wars may help companies develop and innovate new technologies, but as consumers limiting the technology to one company will narrow the selection and hurt the entire field. You can find more information about the patent war in the field of smartphones Here.