Microsoft accelerates: Will the Surface Duo come to stores before the end of the year? 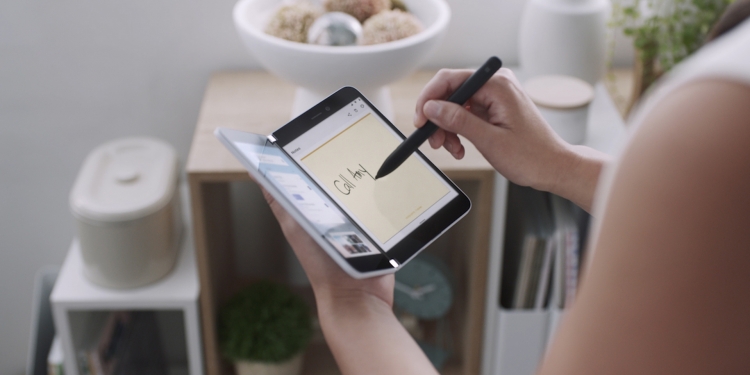 The intriguing dual-screen Android device is almost ready to launch, it seems, with detailed technical data leaking to the web - and this is encouraging news in light of the reports that the modelSurface The futuristic Neo has been pushed to 2021

The Surface Duo was introduced in October last year As the key to Microsoft's re-entry into the world of smartphones, this time with the rival's Android system Google But even with a different approach than that of most of the veteran manufacturers in the field - and since then we have received mostly thunderous silence without too many details and official updates about the fate of this unusual work.

Now, on the site Windowscentral Introducing the complete technical specifications designed for the luxury home smartphone Microsoft Office - and add to us a statement that its official launch may be closer than expected.

Microsoft's smartphone (which does not really want to be called that even though it has all the required capabilities, and prefers you to treat it as another computer from its Surface brand) is under development for a long time in market terms, and this will be reflected in its characteristics compared to other latest devices in stores: Expect to see it chip Last year's Snapdragon 855, without 5G support, with 6GB of dynamic memory, 64GB or 256GB built-in storage with no expansion, single unit 11 megapixel camera, built-in fingerprint scanner, Surface Pen touch pen support and 3,460mAh battery Something modest - she will have to take care of operating a pair of Super screens AMOLED 5.6 inches in size and with a resolution of 1,800 × 1,350 pixels each.

The report states that the technology giant is at an advanced stage in the product development process, allowing some company employees to take it for testing and even take it out of the company's facilities and take it home - which means the official launch may take place before the original holiday season planning at the end of this year.

High premium price and hardware that definitely conveys that indoor is last year may be a recipe for another sour failure of Microsoft Office, But we will try to keep the resolute statements to ourselves until we officially receive all the details from the manufacturer itself - and hope that this will be a positive surprise in relation to what is going on in the network right now.

However, one Surface device that will no longer hit stores this year for sure is the Surface Neo - the enlarged dual-screen alternative that was introduced alongside the Duo last year and is intended to serve as the poster boy for the updated Windows 10X system. We've already heard that Microsoft has decided to postpone the launch of the operating system to 2021, and bring it to traditional computers with a single display panel in the first phase - and this probably ensures that we will have to wait a long time until the Neo lands. The good news is that the unique Lakefield chips are from home Intel, On which the system is supposed to be based, they too have not yet reached the stores within commercial products - so the delay here (still) does not cause the hardware to age rapidly.