A little addition to a big influence? These are the changes in Samsung Galaxy Fold 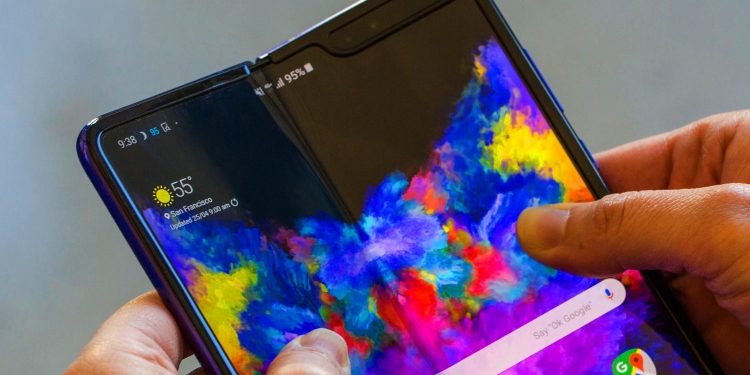 A busy month is looking forward to Samsung, which alongside its international marketing and logistics efforts to accompany the launch of the Galaxy Note 10 models, will also need to find a way Get consumers to renew their confidence in Galaxy Fold Having the heavy price.

It is likely that a large-scale advertising move will soon be seen in order to bring the innovative device back to consciousness, but until that happens, the company seems to be focusing on a detailed (verbal) explanation of the methods used to strengthen the durability of technology - which may not be clear. The Fold with his own hands.

On the German site allaboutsamsung.de Decided to make surfers interested in a little easier life, and based on that תמונות The new PR by the Korean manufacturer has compared and physically illustrated some of the small elements that should ensure that the fold is as reliable as any Smart device Another modern, with no moving hinges and no plastic surfaces that should survive tens of thousands of folding and retiring operations.

The pictures show a slight reduction in the intervals between the folding axis of the fold and its two main parts where all the hardware of the device is located, as well as the reinforcement of the front side with a kind of "T" shaped shield at the top and bottom which should help prevent dust and other particles from entering Screen metal. Is that all it takes to wonderfully upgrade product reliability? We'll probably find out soon.

Other improvements that can not be seen through an external image of the device are additional metal layers under the flexible display panel designed to improve its durability, as well as the plastic cladding above the screen that is now stretched below the edges of the device so that it is not designed and removable - something Which was indeed carried out In the previous version Wrong by several experimenters and also resulted in the destruction of the valuable product.

It is worth noting that some of those attempts to remove the flexible display panel shield were born due to unaesthetic curvature in the device's appearance along its fold axis - and it will be very interesting to find out if Samsung managed to overcome this relative disadvantage that does not really add external points.

Believers In Galaxy Fold, Prefer the The Mate X Or are you sure the whole field is nothing more than a passing madman? Let's tell us in the comments.