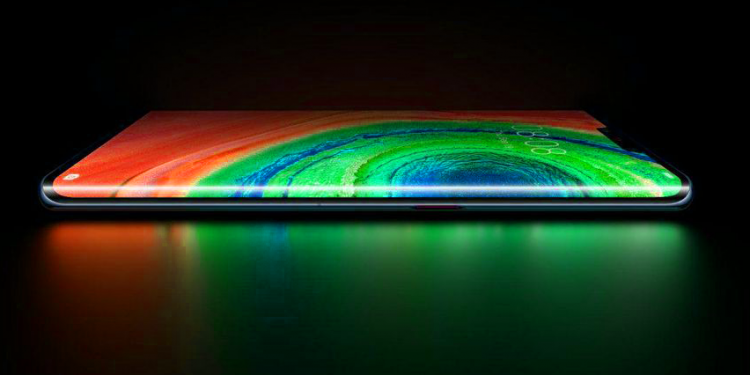 New Chinese manufacturer's flagship devices bring with them impressive hardware, but also face unexpected challenges due to the American boycott

Two things are at the center of the launch of the Mate 30 Pro - the new square rear camera array that includes a pair of 40-megapixel sensors, for the first time in the mobile world, and the trade war between the US and China that forces Huawei to replace the Play Store and its popular services of Google In alternative services.

The senior Mate 30 Pro will offer users a 6.53-inch convex OLED screen at both ends and a non-standard 2,400 × 1,176 pixel resolution, 4GB LPDDR8X memory, 128GB or 256GB fast storage, advanced IP68 protection from water and dust, chip Built-in NFC, 802.11ac dual-channel Wi-Fi connectivity, up-to-date 5.1 Bluetooth connectivity and built-in 4,500mAh battery with fast charging at up to 40 watts in wired or up to 27 watts based on charger radio Dedicated.

Although almost identical in design to the Mate 30 and Mate 30 Pro, including a four-hole black 'wheel' for the photo sensors in the center of the rear - the Mate 30 will offer only a triangular main photo array, with one of those holes left orphaned and three The others consist of a large 40-megapixel unit, an 8-megapixel close-up sensor with an optical stabilization array and a 3-megapixel camera for wide-angle photography.

The Mate 30 Pro takes things to another level of course, with one main 40 optical-stabilized unit and a second 40 wide-angle camera (with electronic stabilization mechanism) and the ability to shoot Video In ultra-slow gear with a speed of 7,680 frames per second (as opposed to a speed of up to 960 frames per second on most other sophisticated smartphones, including the regular Mate 30). The third rear sensor is an 8-megapixel close-up sensor and the fourth sensor is a 32D depth sensor - with the front of the model including a recess with two additional cameras: a XNUMX-megapixel selfie unit and another XNUMXD depth sensor that is used, among other things, for face recognition advanced.

Both devices will run the latest 10 Android system Google Right out of the box, with Huawei's own EMUI 10 interface - but the boycott imposed on the manufacturer several months ago and significantly limiting possible technological collaborations between it and various American companies means that the device does not contain the well-known popular apps from home Google, Such as Gmail, Chrome browser, service Google Maps and YouTube, nor does it contain theGoogle Play Store That will allow their download.

Huawei will replace the missing Play Store with its own app store called Huawei App Gallery, though it's not really clear how many of the popular services and names in the Android world are actually there - when it's clear that the specific apps of Google That we mentioned in the previous paragraph will not be there.

Users will still be able to install applications, including the Play Store itself, independently and unofficially from APK files, and Huawei will also allow easy booting of bootloader devices for easy third-party operating system switching that may include Everything we know and love from home Google By default - but it's pretty clear that these are actions for relatively advanced users, with most popular consumers preferring not to mess with this whole area and may give up the Mate 30 and Mate 30 Pro in advance just for that reason.

Huawei guarantees that they will be able to get the apps back Google And you-Play Store To the Mate 30 devices through a simple remote update if and when the US restriction is removed from them, but for now it seems that neither side in the geopolitical equation is willing to give up and the trade war between China and the US is not going to end any time soon. This unusual situation on actual Mate sales - but we would not be surprised if we find that the tide has fallen and the path of the big manufacturer to complete separation from Google and Android later (and beyond the Harmony OS system it developed itself based on Android infrastructure) is already inevitable.

The Mate 30 will be offered in European countries at the price of 800 Euro (including extra tax) for a model with 8GB of dynamic memory and 128GB for storage, while the Mate 30 Pro will be offered at a price of 1,100 Euro for a model with 8GB of RAM And 256GB of storage, While the Mate 30 Pro 5G model which should also provide increased processing power will cost 1,200 euros for those volumes memory. When the pair land in the country, it seems that prices above NIS 3,200 and NIS 4,300 respectively can be expected.

What do you think of the new models and the obvious disadvantage of Google? Share in the comments!