Motorola is struggling to maintain its relevance 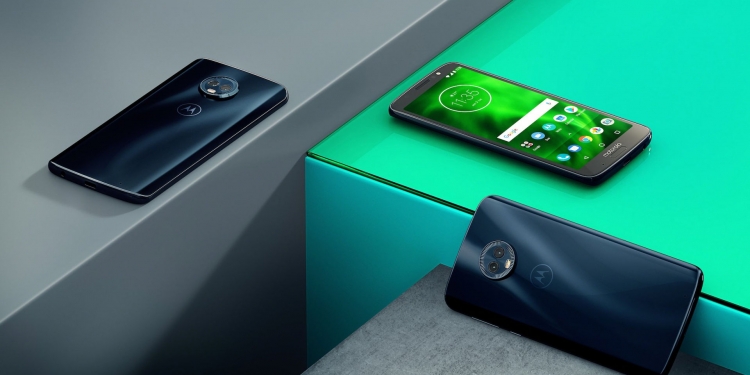 In a market where even the 100 dollars can be found Smartphones Chinese are not bad at all, Lenovo And its subsidiary will try to stand out in spite of everything through the quality of photography and beyond the chips Snapdragon In all products

Until a few years ago, Moto G and Moto E's Motorola Were considered an island of unexpected quality in the medium-low market of smart devices that was difficult to compete with, but since then many (very) new discounted devices have arrived, and what would have been worthwhile in the past is no longer enough to tickle the aggressive leaders who do not stop innovating And to surprise us. Is Lenovo, the landlady of Motorola Which decided to invest most of its efforts in the mobile field of the former American brand that it received from Google, have answers to the challenges? Welcome to judge for yourself.

Three models Motorcycle E and three new Moto G models were introduced, from the fifth and sixth incarnations, respectively, some of which are intended for international marketing and some are intended only for specific markets in Europe and the East.

The leading model in the new family will be the Moto G6 Plus, which has an elongated 5.9-inch IPS screen with a resolution of 2,160 × 1,080 pixels, chip Snapdragon 630 Active octagon, dynamic memory of 4 GB or 6 GB, built-in storage of 64 GB, Android system Oreo with very few changes to the source from Google, chip NFC, front fingerprint scanner, connectivity Wi-Fi 802.11ac channel multiplexing, Bluetooth 5.0 connectivity, and a fine photography array consisting of a main 12 MP unit with a large f / 1.7 and dual focus zoom pixel Fast, 5 secondary rear megapixel camera and 8 megapixel camera for salafi images. An average 3,200mAh battery destroys some of the good impression of the device, which is designed to cost 300 Euro (approximately NIS 1,320) including tax.

The standard Moto G6 model will offer memories in more modest volumes, chip Snapdragon 450 A slightly more efficient octagonal, a smaller 5.7-inch screen and a trimmed 3,000mAh battery with a Moto G6 Play with an 5.7-inch screen extended only at 720p, chip Snapdragon A modest 430 square and also a nice 4,000mAh battery with a price tag of about 200 euros - and all the modelsMotorcycle G will be characterized by a metal shell and a very similar design that includes a round rear reel in the center of the body for photographic sensors.

In the budget cut of them all, the most interesting model will be the Moto E5 Plus, which is equipped with a 6-inch IPS screen and a resolution of 1,440 × 720 pixels, chip Snapdragon 425 Very basic quad-core, expandable storage of 32 GB, dynamic memory of 3 GB, Android Oreo, chip NFC Built-in 12 megapixel camera with dual auto focus and a secondary secondary 5 auxiliary unit, Fingerprint scanner Built-in - and especially a particularly generous 5,000mAh battery that should provide a lot of working hours. All at a price of 170 euros in Europe, including taxes - about 750 shekels new.

the mother Motorola Is facing a brilliant comeback, or will it just continue its slow descent into obscurity? Let's talk about it in comments.