Pronto - The fastest backup battery in the world

‘Illuminating’ Kickstarter New is trying to change the reality in the portable charger market with a rechargeable and rechargeable battery, and it also looks good

In order to understand the Pronto batteries, we must first understand the problem it created to solve. Backup batteries are designed to charge our devices, whether it is a smartphone, camera or even a computer, in the absence of an electrical outlet. These batteries come in a variety of sizes, and their volume is measured atUnits in milliamps per hour, Or mAh, a unit of measurement indicating the amount of electrical charge that can be stored in the battery.

For example, the OnePlus One smartphone has a large internal battery of 3100 mAh, the Galaxy S5 has a 2800 mAh battery and so on. Therefore, with a backup battery of 3500 mAh, we can only charge the Unlocked The One once in full, followed by a capacity of 400 mAh, which will not be enough for another significant charge.

Here comes the first problem. סוללות Backups are largely designed for situations where we do not have access to an electrical outlet, and a low power supply in our backup battery helps little, but not much and not for long. Larger backup batteries encounter the second problem. We do get larger volumes where more electrical energy can be stored and thus charge more, but with a larger volume we will have to charge the backup battery longer, which also defeats the purpose - charging and charging fast and efficiently.

The official video of the Prento project in the XicStatter

Therefore, the company Power Practical Developed the סוללות The Pronto (from the Latin word "Promtus" which means hurry), which according to the company are expected to solve all the problems in the market סוללות Backup.

as a Project Kicksterter Successful, who within two days of its announcement achieved the company's financial goal, סוללות The Pronto were engineered from the start to work with quality materials and new claim technologies that will change the way we think about סוללות backup.

The Pronto batteries come in two sizes - the Pronto 5 model comes with a storage capacity of 4500 mAh, and the Pronto 12 comes with a capacity of 13,500 mAh. According to the company, סוללות The Porto reach charging speeds of 12 times the average backup batteries on the market, with enough electricity stored in the front to charge the battery. iPhone 5 (full volume of 1440 mAh) after only 5 minutes of charge from an electrical outlet.

In addition, all סוללות The Pronto is fully loaded after just an hour of charging, definitely a significant achievement for the product. 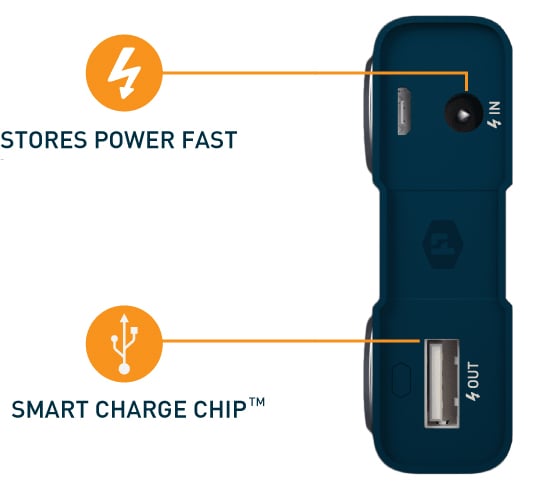 On the side of the Pronto 5 battery is the power input, similar to the connection we are used to in laptops, from which we will charge the battery from an electrical outlet. Below it is a USB socket with chip Which allows the battery to charge devices at up to 2.4 amperes (compared to the market standard of about 1 amperes). 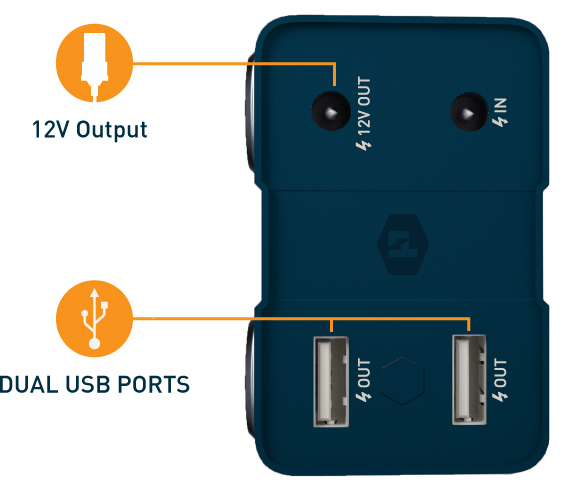 Compared to the Pronto 5, next to the Pronto 12 is an additional 12-volt charging socket, designed to charge larger devices such as laptops, cameras and batteries of tiny aircraft. Two USB sockets are in the enlarged version of the battery, which also include the chip Fast charging company.

At the top of the סוללות The pronto has two information lights, one showing the current capacity of the battery, and the other showing the speed at which the battery is charging. The batteries are wrapped in a hardened aluminum cover that comes with the waterproof lid to cover the socket section, which also functions as a stand when opened. A strip made of nylon passes between the information lights and along the cover. Its purpose is not only to hold the socket cover of the battery in place, but it is also intended for any conceivable use, such as a carrying strap or to attach the battery to ancillary equipment.

So far the project has achieved over $ 1,000,000 with more than 190 people who have contributed to the goal. The Pronto batteries did achieve their goal in the x-ray, but they did Still can be purchased סוללות At a price operation, With a price tag of 79 for 300 and 5 for 119.

If you think these backup batteries are worth your time and resources, go toProject site And do not be shy about taking part in the revolution סוללות Backup speed.