Many modern smartwatches claim to be as compact and delicate as possible to suit a wide and diverse target audience who do not want to feel the difference in appearance and weight compared to average "stupid" watches - but Huami decided to go against this current and launch their most bombastic watch to date: The Amazfit T-Rex.

The new creation from partner's home To be accurate Which decided to separate forces and embark on its own independent path built like a tank with water tightness at a depth of up to 50 meters / 5 atmospheres and suitable for swimming in fresh or salt water - plus successfully passing 12 tests in MIL-STD 810G military standard including extremely high and low temperatures and exposure Prolonged for moisture and salinity. 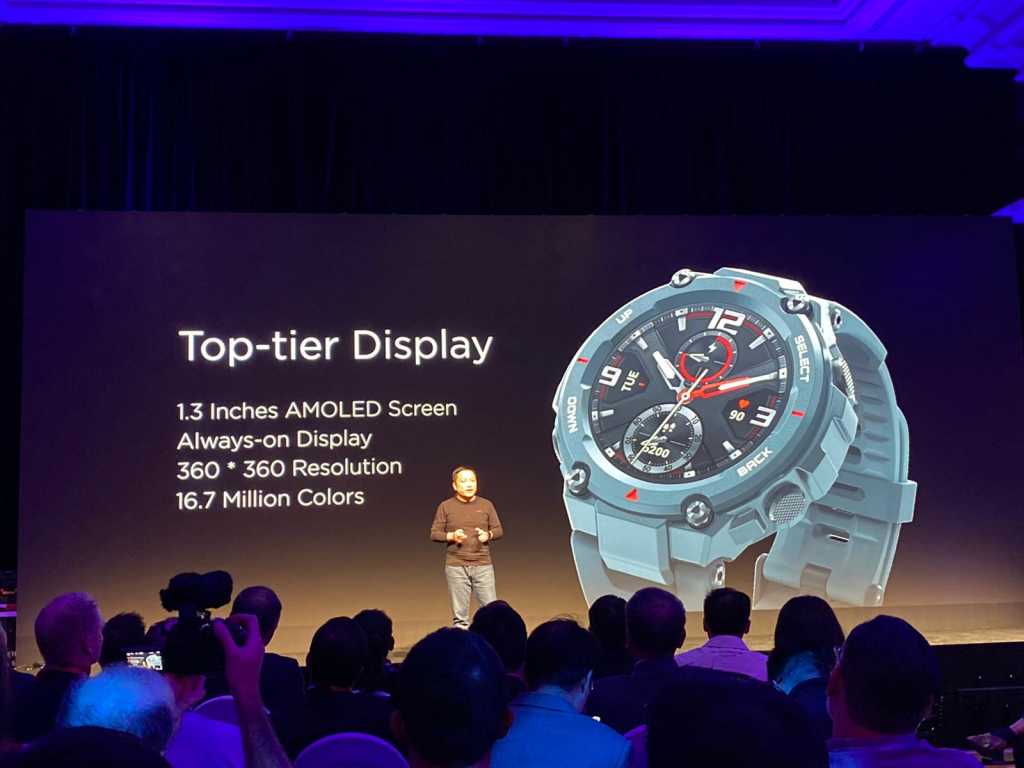 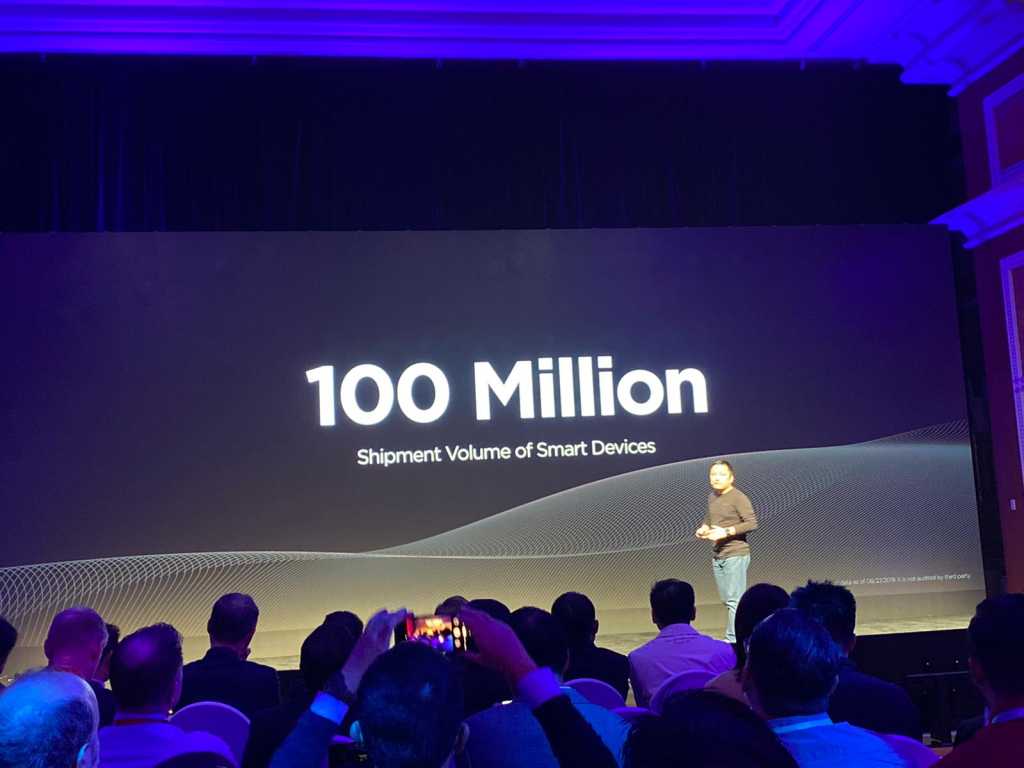 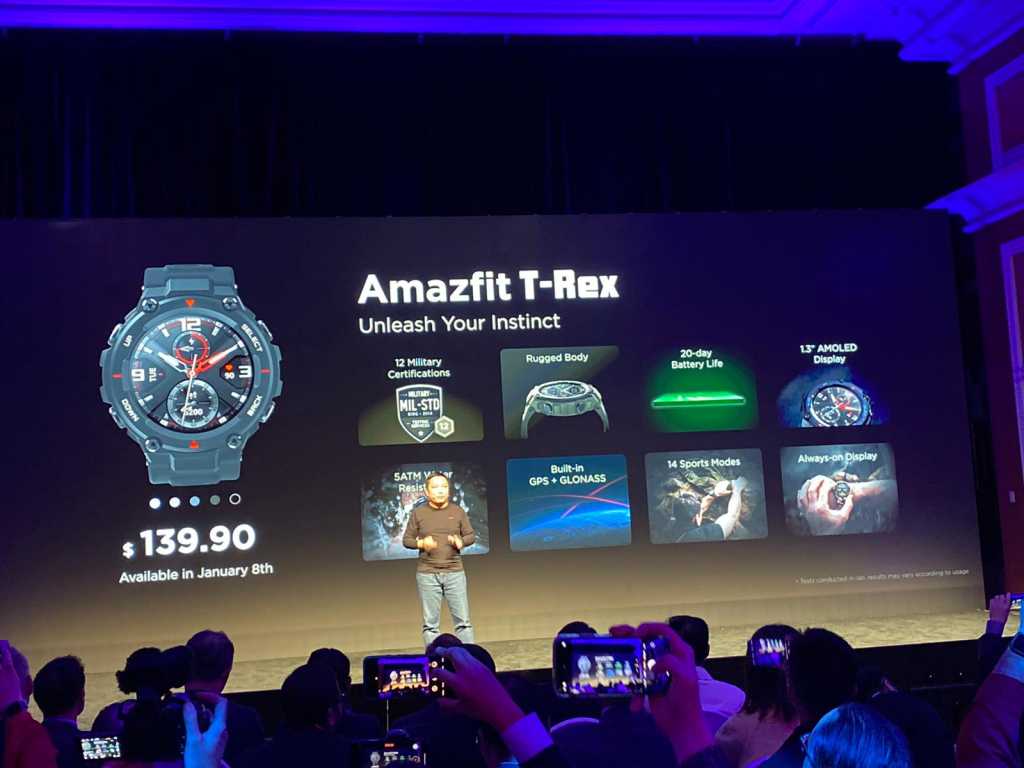 The Amazfit brand continues to grow - both in terms of supply and sales
Photo: HWzone

The Amazfit T-Rex offers a super screen AMOLED Round with a diameter of 1.3 inches and a nice 360 ​​× 360 pixel resolution, protective coating of the Gorilla Glass 3 type, including a coating to reduce fingerprints above it, including a receiver GPS Built-in Bluetooth 5.0 connectivity, a built-in pulse meter that operates continuously and a set of motion and position sensors to detect and track 14 different sporting activities. A built-in 390mAh battery should allow about 20 days of operation in average outline (which includes a constant pulse check and daily running of positioning services for a short period of time), up to 66 basic clock operation and up to 20 hours of operation with a receiver GPS Which operates regularly. 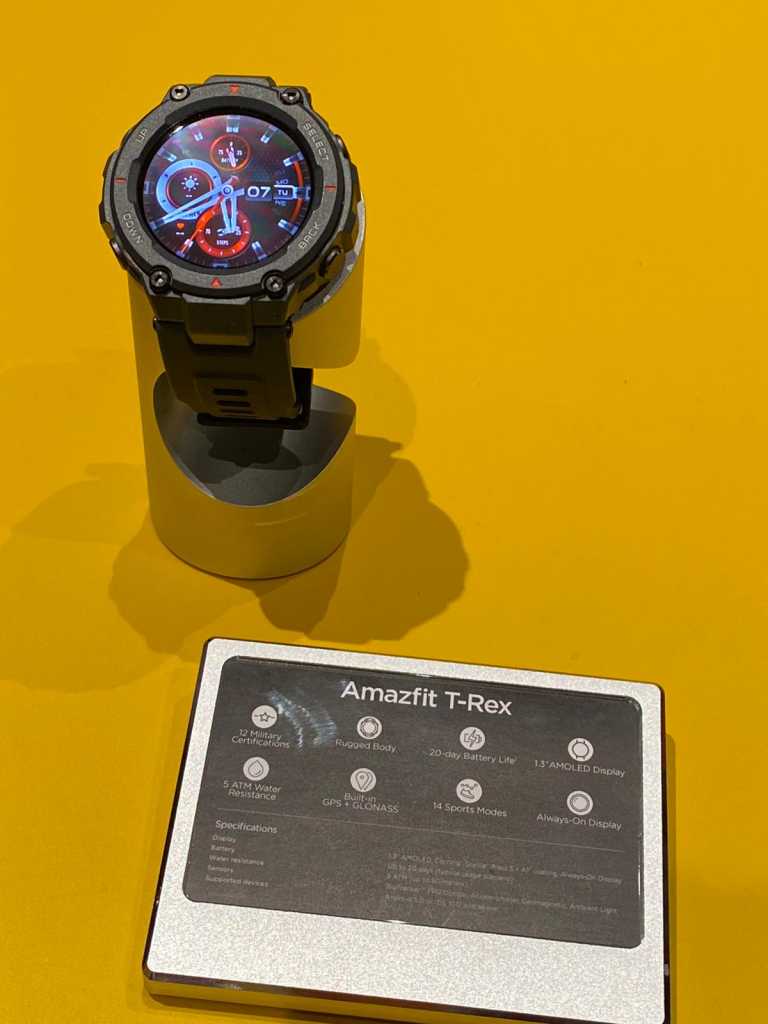 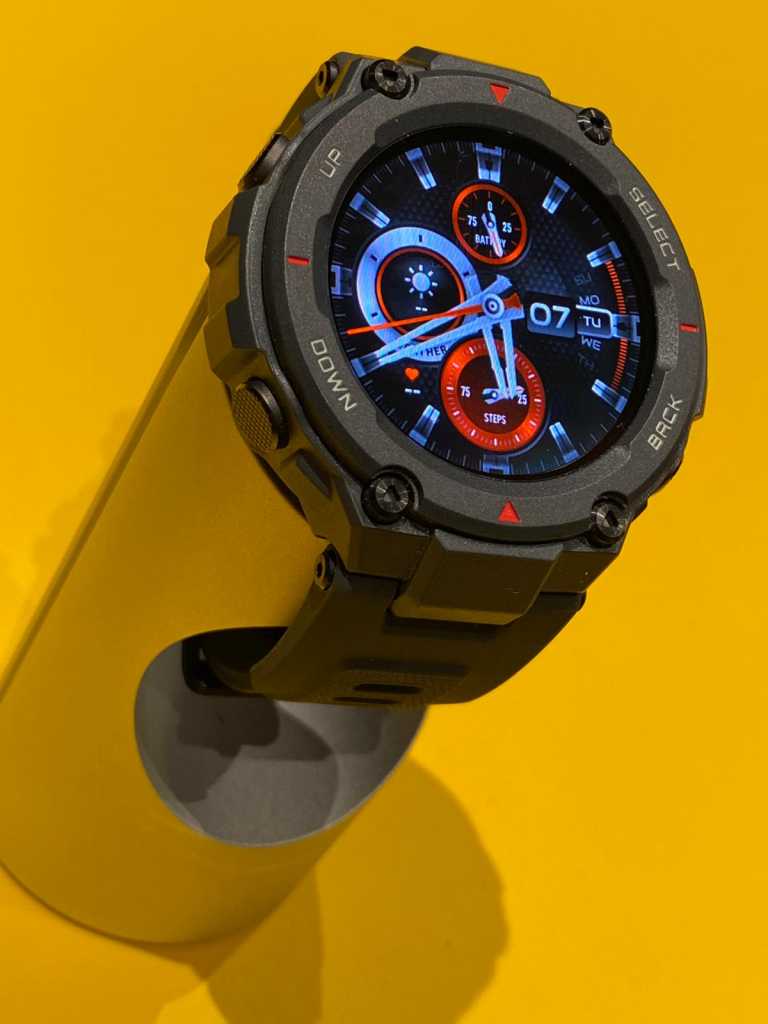 The T-Rex is on its way to various stores around the world right now, with five masculine shades to choose from (khaki, black, dark blue, green and green in camouflage print) and an official recommended price tag of $ 140 which is about NIS 490 in direct conversion. The next hit? We will find out very soon.

Those who prefer their watches with a more refined (and rectangular) appearance, can opt for the newly updated Amazfit Bip S, which weighs only 31 grams, made of polycarbonate casing with a stainless steel button and a rubber band, offering a reflective screen (no built-in backlight) Colorful 1.28 inches for maximum efficiency and clear view under direct sunlight, including chip GPS Built-in, waterproof up to 50 feet deep, communication Bluetooth 5.0 Modern and a built-in continuous pulse meter - all at a starting starting price of only $ 70, or a little less than NIS 250 without expecting any tax additions. 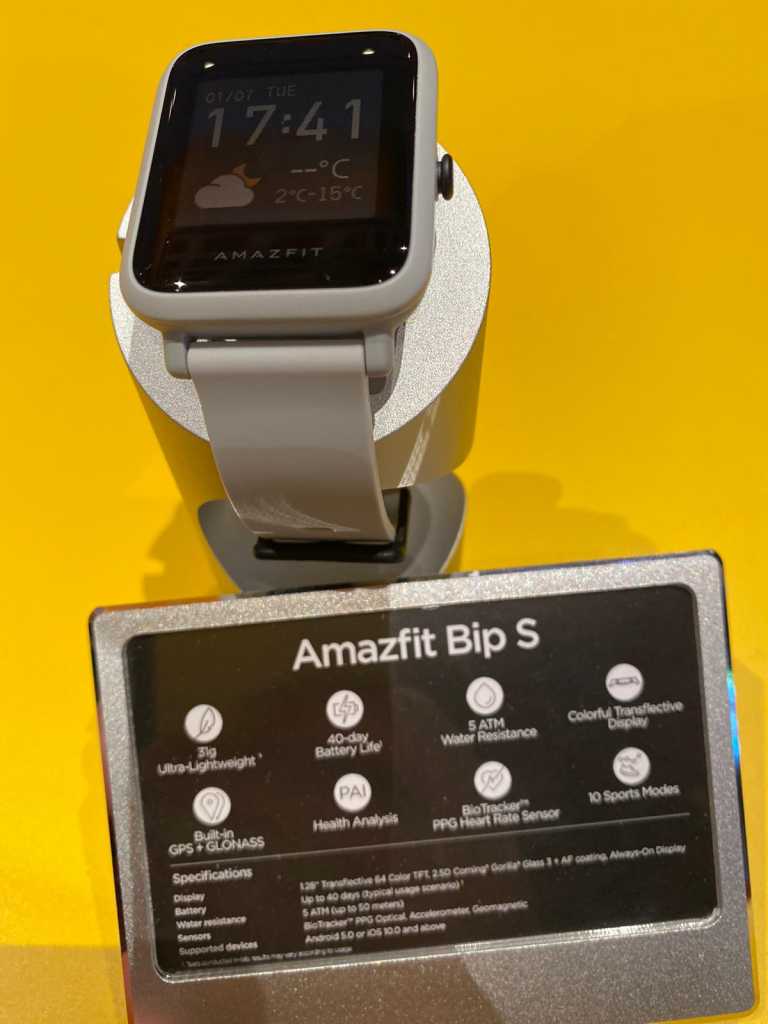 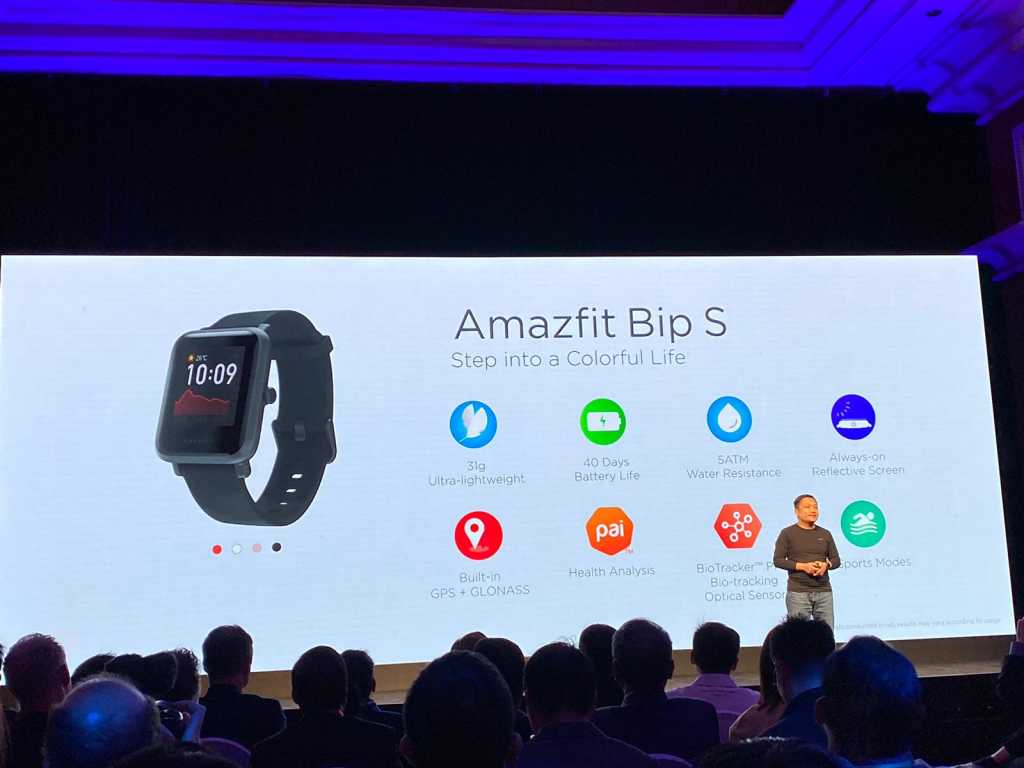 End-to-end improvements over the original Amazfit Bip - with a price cut by 30 percent as a bonus
Photo: HWzone

The Amazfit Bip S will land in stores in February in black, white, pink-white or red-blue tones, with a 200mAh battery that purports to provide about 40 working days in average use and almost a day of strenuous operation with a receiver GPS Enabled regularly. Do you believe there is a more impressive alternative at the same price level? Feel free to talk about it in the comments. 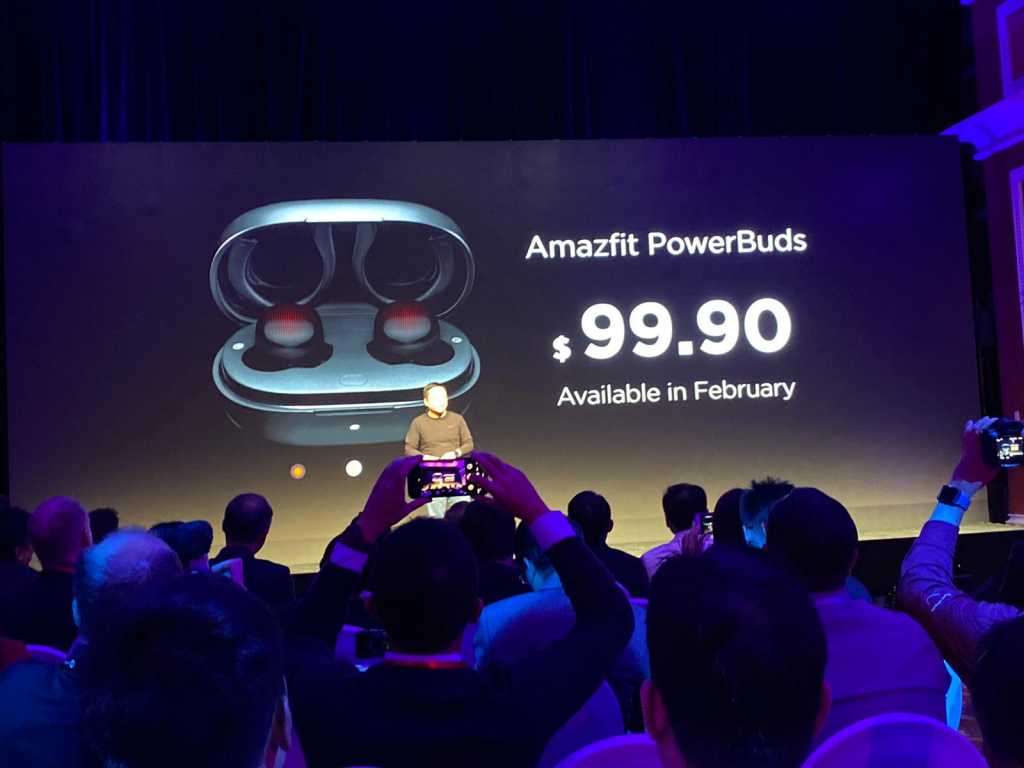 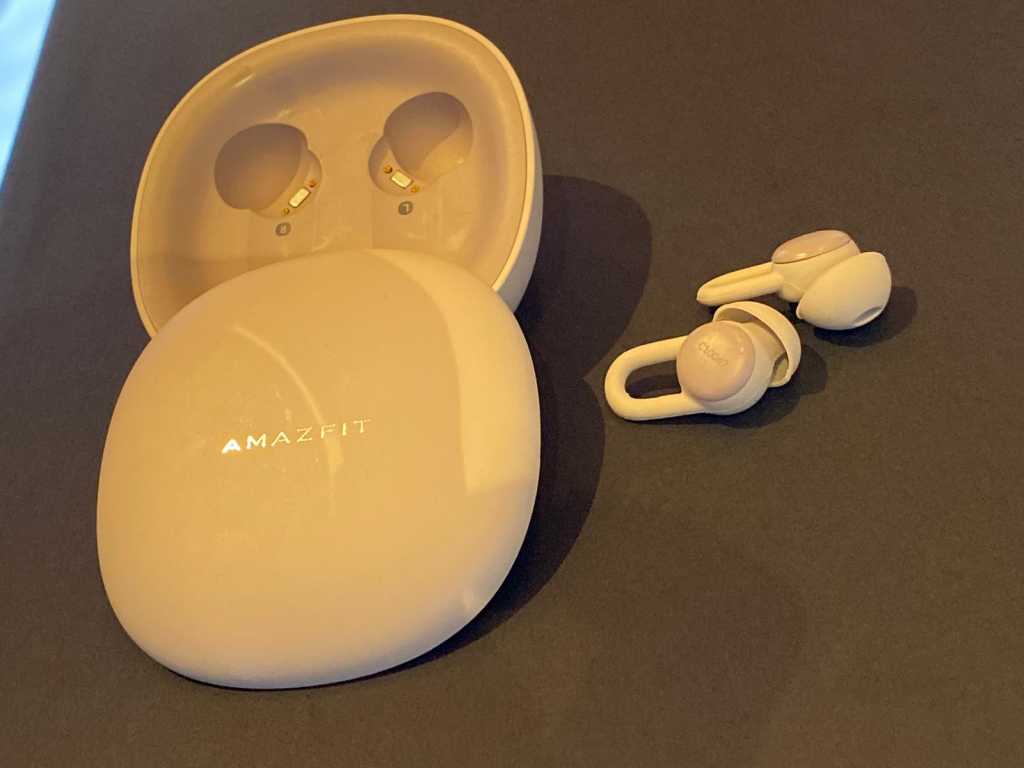 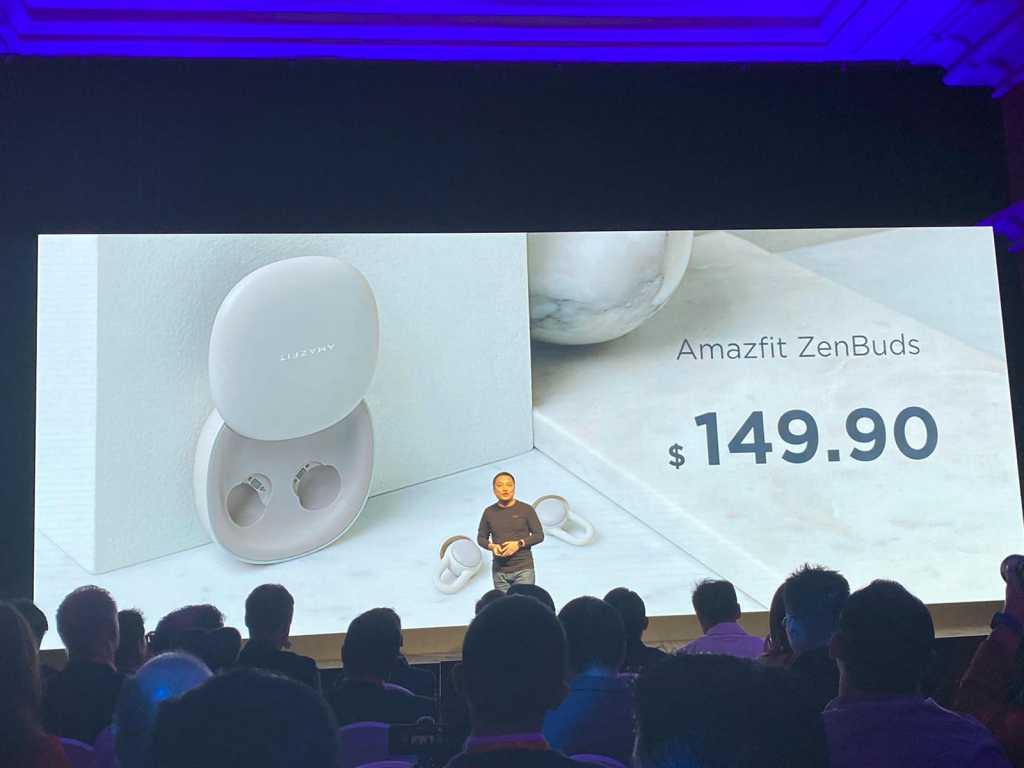 Huami did not settle for just watches and took the stage at the CES 2020 exhibition to present its official entry into the field of wireless headphones - in a pair of interesting models and much to prove to skeptical consumers
Photo: HWzone

Huami's new Amazfit PowerBuds headphones are designed primarily for sports, with IP55 water and dust protection, partial outside noise filtering capability, built-in pulse gauge and life battery Of up to 8 hours which puts them at the top end of the range at the moment - with a charging case that provides an additional 16 hours of operation and fast charging support that will allow you to enjoy three hours of playing after only a quarter of an hour in it. Launch next month and the price is $ 100, for a shade of black or shades of white-red and white-yellow.

The Amazfit ZenBuds headphones are designed for those who do not want to do sports but rather take a nap with maximum effectiveness - with the ability to completely block external noises and make pleasant and soothing sounds for the user, while monitoring the sleep process with a built-in heart rate monitor and several additional sensors. This is where society assures us of life battery Of between 8 hours and 12 hours depending on the nature of use, along with an enlarged charging case capable of providing up to 56 hours of operation in total. The recommended price is $ 150, availability is in gray only at this time - and the exact launch date has not yet been revealed.