Samsung in the IFA 2014: a lot of new devices and virtual reality

At the annual IFA exhibition סמסונג Stands at the top, and does not give the contest a moment of rest

From expanding the company's array of tablets in the form of the Galaxy Note 4, its strange friend, the "Note Edge" with a convex screen on one side only, to upgrading its smartphone offerings and even TV set Curiously curved. lets start. 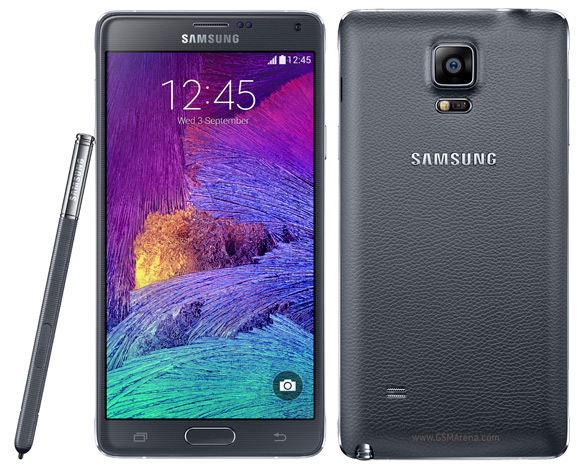 The Note series, a series that characterizes Samsung as the queen of pavilions, was revived in 2011 with the launch of the Galaxy Note. The Note, with a 5.3 "screen, was the first smartphone offered for sale to the general public that crossed the 5" limit. Not that size is a promise of success, but we can see Companies that are considered to set trends in the market align themselves with the trend of the tablets.

This year, סמסונג Unveiled theGalaxy Note 4, the fourth version of the familiar tablet, is not overly reloaded. The face of the device has not changed, with the fake skin in the previous generation of the device no longer in the back, a revolutionary change. With features like finger reader and upgrades like a higher quality screen, camera Slightly improved writing pen and faster loading options, we are looking at an improved version of the family of tablets, and in no way a market change.

According to the specifications, you can see that every aspect of the device has been upgraded from its previous generation. Except for adding a finger reader that has been present in the company's 5 Galaxy and video capture resolution 4k, There are no innovations in Note 4 but only upgrades. 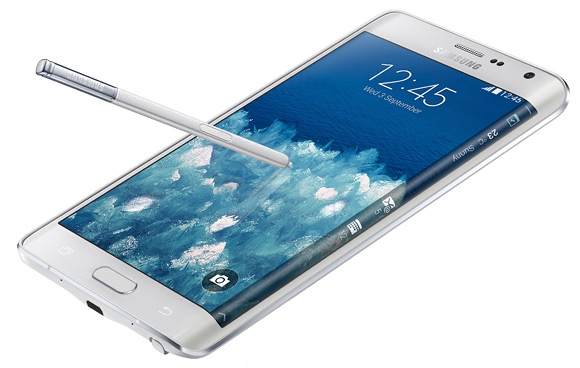 The second device that Samsung introduced in the field of tablets in the exhibition is actually the first device it presented, only with a twist. As you can see in the picture, on the right side of the screen there is a curve of glass, which, according to the company, is a kind of convenient toolbar that should serve the user differently in every application that opens it, whether as a settings bar on the home screen, תמונות, All without any theoretical interference in the normal screen area.

Except for the 0.1 "difference in screen in favor of the Note 4, battery Slightly smaller in Note Edge and options storage Internal 64GB as well, the devices are exactly the same. 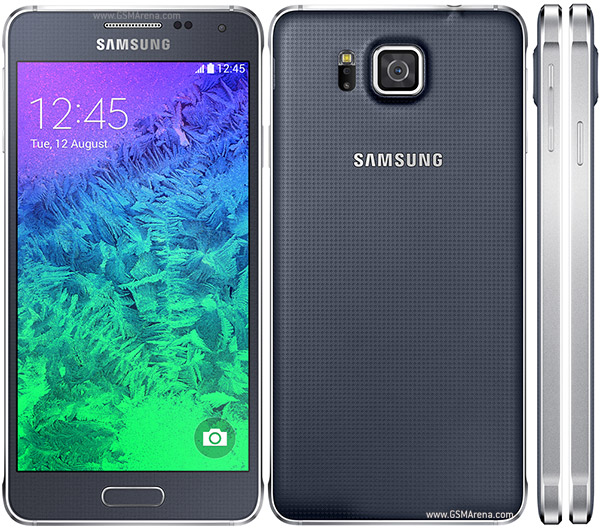 The third cellular device (or second, depending on how you look at it) that Samsung introduced at the show is theGalaxy Alpha. Galaxy Alpha is not in any sense ultra-high market, as the name suggests, but it seems that the purpose of the device is to bring the iPhone's Dark A more beautiful and simpler competitor than Samsung usually tries to put in the way of the king of smartphones.

With a screen size of (only) 4.7 ", a 12-megapixel camera and the Exynos 5430 chip at the lower frequency than in the Note 4, we see that the company is targeting the device for the mid-height market, all at a relatively low price (thanks to the medium + specifications). In addition, it can be seen that due to the lack of an expansion slot in the device, a trend that usually appears in devices that are designed in such a specific and special way that the manufacturer can not add the memory expansion option (for example, all iPhone models, Nexus 5, HTC M7, etc.).

With the coming of The iWatch from Apple In a market that is already swimming in polished competitors, סמסונג Can not help but comment on the smartwatch sector and launched an upgrade to an existing device of the company. Runs the "Tizen" operating system, the clock of סמסונג Comes with large screen and absorbing Network 3 generation, which enables it to operate without a connection to a smartphone (unlike other smart clocks).

With the size of the screen, the powerful processor and the connectivity to cellular networks independently, סמסונג Currently offers the most powerful and independent smartwatch on the market, even if it does not run the "Android Wear" operating system, a leading and popular platform in the field.

Perhaps the most different product from anything Samsung has introduced this year, the Gear VR is a "virtual reality" plugin for the Note 4 phone, in the form Glasses. With few functions in the launch, you can find only a few 3D games and video viewing options in a refreshing interface, when using the device requires the connection of the Note 4 device to the front of the glasses, which serves as a screen.

The technology that drives the VR chalk comes from a notebook Oculus Rift, A company that has been known for years in creating virtual reality glasses, which was bought this year by פייסבוק.

So what did we get from Samsung? Innovations for the company's large phones, which is actually a move designed to maintain the superiority in the field. At a time when a company like Apple shows interest in the field of tablets when it realizes that the market is racing in the direction, סמסונג Must continue to improve its proposals, so as not to create another situation in which Dark Take over a whole market. With the large screens on the 4 and Edge, the accompanying pens and the software developed for Multi-Tasking and the smart use of a large screen area, Apple and the rest of the market will take time to be able to take the crown from the company when it comes to enlarged phones.

With the Galaxy Alpha, the company shows that it knows that not all the profit is in the high market, and has created a candidate worthy of the middle screens of their kind (Ahm iPhone Ahm) with sharp design and strong specification.

looks like סמסונג Brings everything from everything, even things that the market does not ask yet, such as concepts of virtual reality and curved screens in the clock and smartphones. This diversity and maintaining a high level in existing products leaves the סמסונג In its highest place in the market.