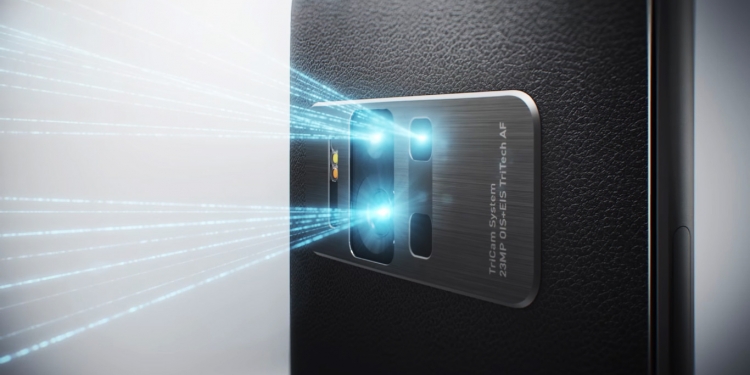 Remember the dreadful Zenfone AR? Starting next week you can try to purchase it, with a record amount of memory RAM And volume storage Built-in

After being presented with big noises and ringtones at the CES show last January - the most advanced smart device of Asus He has always been on his way to the shops at last, and is due to arrive next week, at least in the company's local market in Taiwan.

The company plans to offer the Zenfone AR in Taiwan and the United States as early as next month, first on the basis of pre-orders and pre-registration made by interested users and then also to the general public - thus giving some new spirit to the ambitious Project Tango sails of Google, Which was launched last year as an innovative idea that will provide creative abilities and use of content embedded reality within the Android system and meanwhile shuffles instead, when only Lenovo Has so far demonstrated enough seriousness to launch a real commercial device that takes advantage of the technology.

So what makes the Zenfone AR special? You'll find a specification that includes a 5.7-inch Super AMOLED screen with a resolution of 2,560 × 1,440 pixels plus Gorilla Glass cladding above it, chip Snapdragon 821 by Qualcomm which was the most advanced at the time of the original announcement, System Android Nogut and support for the virtual reality platform of Google Daydream, DTS's audio enhancements for both the speakers and the headphones that will be connected to the device, a 3,300mAh battery with support for fast 18-watt charging - and of course a photo array that includes a pair of depth and motion sensing cameras that add to the main rear camera. And creating imaginary elements that will adapt themselves to it.

The "normal" main camera of the Zenfone AR is supposed to be quite advanced also thanks to Sony's IMX318 sensor, with a maximum resolution of 23 megapixels, a four-axis optical image stabilization system combined with electronic image stabilization, photography in4k, Fast auto focus based on three different technologies, dual-color LED flash and RAW image loss without loss of data, while the secondary camera offers 8 megapixel resolution and a maximum f / 2.0 shutter. The built-in storage will be based on theUFS (2.0), 64 gigabyte and even impressive 128 gigabytes (plus support for expansion cards up to 256 terabytes), while the dynamic memory of LPDDR2 will be available in volumes of 4, GB, and 6 GB for the most advanced specification available on the market (even if the chip is no longer the complete cutting edge available).

We still do not know how much this special machine will cost from Asus, but it is estimated that it will not be cheap. Will the delay and pricing determine the fate of theZenFone AR? We hope to get an answer already in a week from now.