The discounted Lite version of the flagship device will indulge with a display at a refresh rate of 120 Hz on the one hand, but will settle for a relatively old processing chip with support up to the fourth generation only on the other hand

The launch of the Mi 11 smartphone, Just before the start of 2021, it provided a few more bonus points for Xioami for those looking for the most powerful hardware. This is not the most advanced device we have ever encountered, but it is the first on the market with chip Snapdragon 888's newest of Qualcomm, And it does so at a price significantly lower than what could have been expected or appreciated, so you will not hear us complain.

Traditionally, the big Chinese manufacturer has also been introducing more accessible Lite versions for its flagship devices - and it looks like the plans for the current year will not be different from the established norm. The Mi 11 Lite has been spotted in a number of different sources within a few days, and this should indicate an official show that will take place real soon. The biggest surprise? This is a device that does not support communication 5G, Despite an estimated price tag equivalent to $ 340, or NIS 1,090.

The Mi 11 Lite smartphone will offer an exterior design Similar to the Mi 11, Ostensibly, with a screen with a resolution of 2,400 × 1,080 pixels that will support a refresh rate of up to 120 Hz - and divided opinions about using the panel with more modest IPS technology or using a more expensive and desirable Super AMOLED panel as with the fireplace. The smartphone will provide 64GB or 128GB of fast internal storage alongside 6GB of dynamic memory, a triangular rear photo array with a main 64-megapixel sensor, an 8-megapixel sensor for wide-angle photography and a 5-megapixel macro sensor, a 4,150mAh battery with charging support 33 watt fast - and octagonal Snapdragon 732G chip of Qualcomm, Which we received in the middle of last year inPoco X3 which is available for purchase today at prices of less than 900 shekels. 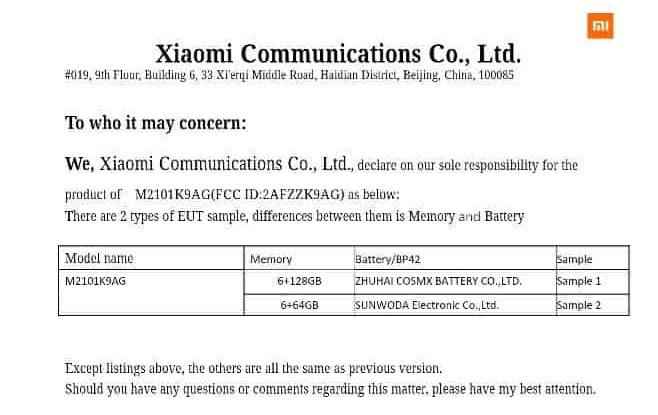 Think there is still a market for mid-range devices that are giving up support for5G, And settle for slightly older processing chips as a derivative of this decision - or is a device such as the Mi 11 Lite in question doomed to failure in advance? Let's talk about it in the comments.