Best of all worlds: MEMS-IGZO screens on the way to serial production

Technology cooperation between Sharp and Qualcomm promises to provide us with screens that combine the best of the advantages of the LCD and the best advantages of theOLED In one package. The first product is already on its way to the store shelves - early next year

If you believe it For people who specialize in the subject, The modern screens that surround us (especially in the smartphone market) not only offer almost imaginary pixel densities - they are also higher quality and accurate than ever before. Despite all this there are those who believe that there is still a lot more to get better from here, like for example Qualcomm And Sharap who work together energetically Technology New-old name called MEMS-IGZO, which we will be able to see officially during the first half of 2015.

So what's so special about the MEMS-IGZO screens? Quite a few. IGZO is a technology for the transistor layer that is responsible for the same TFT-Thin Film Transistor We reviewed the site in the past Number opportunities, A combination of four elements designed to replace good old silicon with a more cost-effective and ultra-low power consumption. 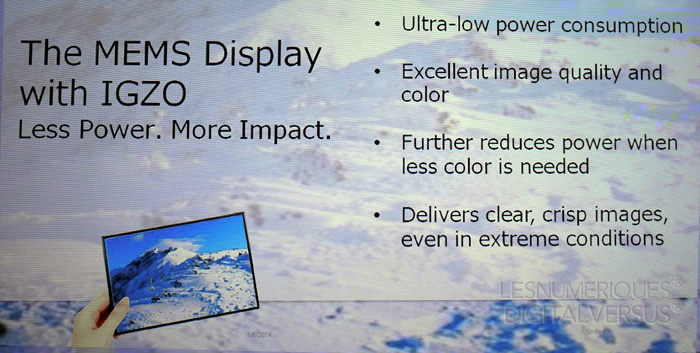 MEMS (Micro-Electro Mechanical Systems) on the other hand is a collective name for technologies and devices that allow mechanical action at the micrometric level - in the above case it is a kind of miniature shutters that allow each pixel to "open" or "close" independently depending on the image displayed at any given moment. A concept similar to that of the screensOLED Which have separate control and the ability to turn off each pixel and pixel.

Combining these MEMS shutters with a BLU based on red, blue and green diodes eliminates the need for liquid crystals and polarizing layers that characterize the LCD screens, which again contributes to improving the efficiency of the MEMS-IGZO screens.

Sharp and its partner Pixtronix (a subsidiary of Qualcomm The MEMS-IGZO screens will offer significantly lower power consumption than LCD monitors, especially when the picture has fewer colors, in addition to the ability to display a wide, accurate and high-resolution color gamut.

If these advantages ring you familiar, it may be because both screens in the technology -OLED Boast very similar advantages over LCD technology. The large "SS" of the MEMS-IGZO monitors in this case should have production costs similar to those of the LCD monitors and significantly lower than those of theOLED. 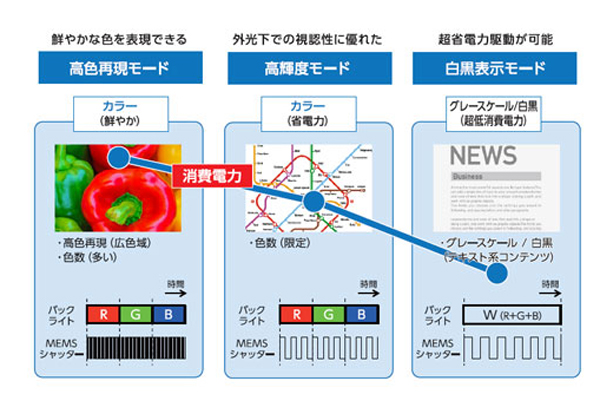 In the past, Sharpe's representatives estimated that the MEMS-IGZO screens would land in commercial products only somewhere in 2017, but now it seems that schedules have been shortened andThe MEMS-IGZO tablet is the first of its kind Will be available for purchase during the first half of 2015. In Japan alone, of course. 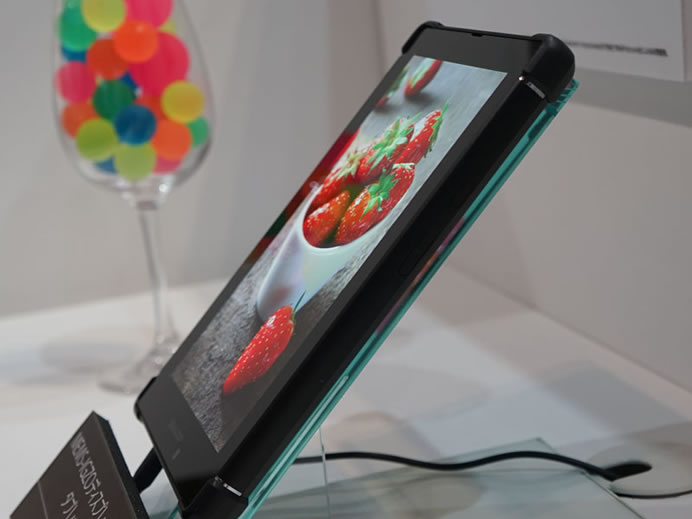 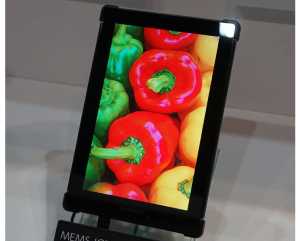 The tablet in question will be manufactured by Sharp itself and will include a 7-inch MEMS-IGZO screen with a very modest resolution of 1280 × 800 pixels, chip Snapdragon 800, System Android 4.4 KitKat, a fourth generation modem LTE, Connectivity Wi-Fi In the 802.11ac standard and water protection in the IPX7 standard.

The company clarifies that the specifications may change until the tablet arrives in the actual stores, but it is already quite clear that the only real prominent feature of the device was and will be its screen.

We can only hope that Sharp and Qualcomm's technology will live up to the many promises they make, which will undoubtedly lead to another leap forward in the display media market - and the fact that the device should hit the markets about two years before the original date makes us want to believe the MEMS screens IGZO on the right path to maturity in the not too distant future.

We will continue to monitor and update you about this intriguing technology.