The smartphone, the Salafi and the inevitable end of the pocket cameras

After years of surprising and impressive technological jumps, it seems that the process of replacing traditional home cameras with our smart pocket machines has been fully completed

If you were born somewhere in the previous millennium, there is a good chance you still remember the "traditional" cinematic experience, which included purchasing a dedicated film, taking a 'blind' photo, and looking at the negatives in the hope that no one moved too much or blinked during any of the decades The limited number of photographs that each roll has given - and of course the selection of the most successful tiny negatives and solemnly submitted to the photography store for development for real pictures in the selected dimensions.

It's amazing to think that this is how we all shot תמונות Until 20 or 15 a year ago - and how far this area has changed since then. The film cameras were replaced by digital cameras that initially tended to be relatively cumbersome and of not quite amazing quality, but that quality began to improve rapidly over the years - and then they also came with the camera-integrated mobile devices that caused the field to explode and burst forward amazingly. The integration of the cameras in the cellular sector was also accompanied by quite a few difficulties and blurry and noisy pictures at the outset, but the improvement with each year and each new generation was impressive, and today we have reached the position where most smartphones in the market are capable of producing תמונות Which can not be distinguished from those taken with a large and sophisticated professional camera.

The immediate and inexhaustible availability of photographic and documentary capabilities was not only a technological leap that should be appreciated, but a factor that directly impacted society and people around the world, when photography became a recreational activity or documentation that only occasionally occurs in the everyday lifestyle of many people around the globe. Every moment and every sight around you, or with you thanks to the selfie cameras, has made the world connected and clear in a way we could only dream of a few years ago. Our daily events and experiences, especially self-paced photography, make most people more social and open to the outside world, helping to give greater weight and meaning to events that in the past might have been considered simple and unique - all through one small device capable of performing both documentation and linking Of information to any point around the globe.

Another good example of convergence in the field of photography is coming to us these days from a notebook סמסונג, Which launches the "A Galaxy Its third, for the 2017 year, with an unprecedented focus on all aspects of mobile photography - with the main rear-mounted 16 camera based on the same ISOCELL sensor as the one on theGalaxy S6 and includes a maximum f / 1.9 shutter key and phase-based auto focus, all of which contribute to high-quality photography even in low light conditions, camera Which is also based on a 16 megapixel sensor with aperture up to f / 1.9 and a screen that can function as a flash for it, which makes it clear that even the leading Korean manufacturer has already internalized the importance of uncompromising mobile photography in its quality, Which are priced at more attractive prices than the existing flagship devices.

Advanced 16 cameras, both front and back, will also feature the 5 Galaxy A2017 and the latest and larger Galaxy A7 models, with the final 5.7 Super AMOLED screen with 1080p resolution protected by Gorilla Glass cover and support for technology Always-On To display information even when the screen is off, chip Exynos 7880 An updated octagonal cores created in the 14 nm process, an 3GB LPDDR3 memory, built-in 32GB storage that can be further expanded to 256GB with microSD card, built-in fingerprint scanner on the front door, 802.11ac Wi-Fi connectivity, Android A marshmallow that will soon be updated to the version of the nut, battery A very respectable volume of 3,600mAh and even an integrated metallic body with a convex glass back that meets the IP68 standard for advanced protection against fresh water (with the ability to be immersed in water up to half a meter for half an hour) and dust - which will allow you to use the device in almost any environment.

The new smartphones were officially launched in Israel last week Samsung Israel, Who took advantage of the invitations to declare that they are launching this series very seriously - and for the first time they are launching a full advertising campaign for a non-flagship device series, for which they have also raised a number of celebrities, including Shir Almaliach, Shahar Tzubari and Zvika Hadar - For the release of the various notable features of the new models.

The new devices will be available in four different shades: black, gilded, delicate peach pink and light blue that has been nicknamed 'Blue Mist'. The recommended prices for the consumer will be NIS 1,999 for Galaxy A5 and NIS 2,399 for Galaxy A7, When both models will come along with a card זיכרון 64GB as a gift. 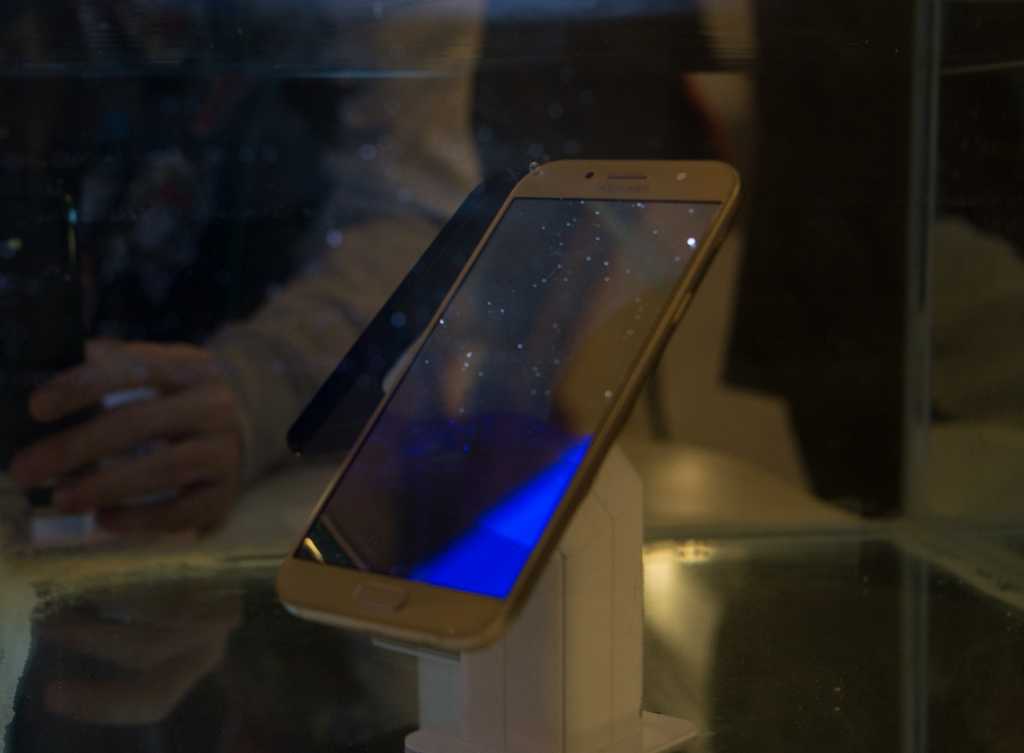 So do you agree with us that most smartphones on the market today can easily and easily replace the standard cameras, or do you belong to a group that will not give up the good old digital pocket camera for anything in the world? Tell us in comments.

Launch of Galaxy A5 and Galaxy A7 in Israel

Samsung Israel launches theGalaxy The new A7 and A5 for 2017. Welcome to join in and watch the live show! :) In addition, you are invited to watch Dr. Alex Komen's lecture - Vision, Innovation, Leadership.