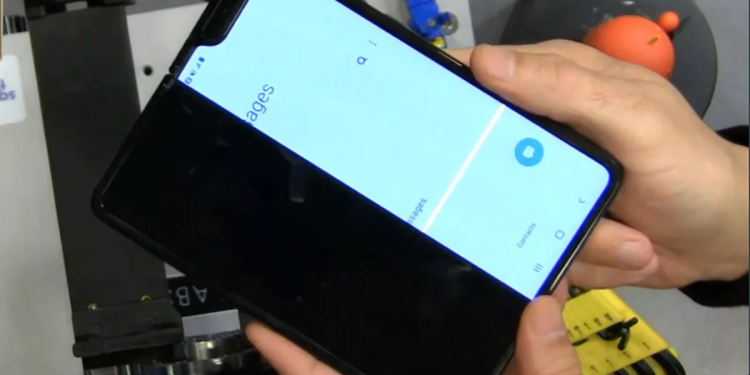 On the occasion of the official re-launch of the mega-luxury folding device, a required test was performed to verify its strength in accordance with the promises - and the unflattering results add more headaches for Samsung

Even after making some improvements over several months, the Galaxy Fold device seems to be סמסונג Which is priced at nearly 2,000 in stores is not really due to compete for the throne. After examining the ChannelYouTube The popular JerryRigEverything that demonstrated that dust and sand nevertheless easily fit under the new flexible panel and into the device body itself even after the design improvements designed to prevent it - comes an interesting automatic examination of the CNET website that proves that the device's special folding axis may fail earlier than expected.

Samsung has promised to perform reliable tests designed to ensure that the Galaxy Fold (and screen) pivot axis will withstand at least 200,000 operations, the equivalent of over 100 folding and unlocking of the smartphone daily for five years - but in an independent test Performed live on the network Axis failed and resulted in the downtime of half of the flexible screen after a little less than 120,000 folding and opening operations performed by a task-adapted motorized axis. In terms of סמסונג In itself, this is an equivalent number for only about three years of use - and for a device with such a bombastic price tag this is a rather problematic figure.

Here's the point where it's worth noting that the test they performed on CNET was far more "violent" than the test recorded at the factories. סמסונג In one of its official commercials for the product, with a very fast closing and opening pace that apparently does not match the nature of use expected by real-world users - but it is hard to deny that this is another negative publicity that will probably not help the Korean giant market this innovative model.

We are happy that Samsung has decided to take the brave first step and bring a device with a flexible and foldable screen to the market - but for now there seems to be almost no way to justify its price tag, even for consumers who can afford it without blinking. The number of its relative disadvantages in the face of all Smart device Another modern one in the area is too big to ignore, despite the special technology inside that will no doubt shine and find its place somewhere in the future. Huawei, Now it's your turn to show us what you can offer.

Want to see up to 11 hours of folding soon Unlocked Mechanical? You can do it here