The best arcade games are available for your Android device, for a few shekels

The latest Humble Mobile Bundle will allow you to have more than eight nostalgic games that you've probably met in your arcade rooms, on your own Android device

On days like theirs we tend to tell you mostly about games for PCs and home consoles, but hey - your smartphones also need some love and quality titles, which can make your time on the go enjoyable, right?

Now, you have a great opportunity to pamper your Android device with some particularly high-quality nostalgic past games - all for the price of a few dollars, with the addition of a good feeling due to a donation to charity.

The packageHumble Bundle The latest mobile version of theHumble Bundle For mobile smart devices) collects the best titles from the Japanese company SNK, which come from the legendary Neo-Geo console - an especially advanced and expensive console that tried, somewhere in the mid-XNUMXs, to bring the gaming experience from arcade halls (those halls full of game machines that will swallow the little money Yours with appetite and agility) to the home living room. 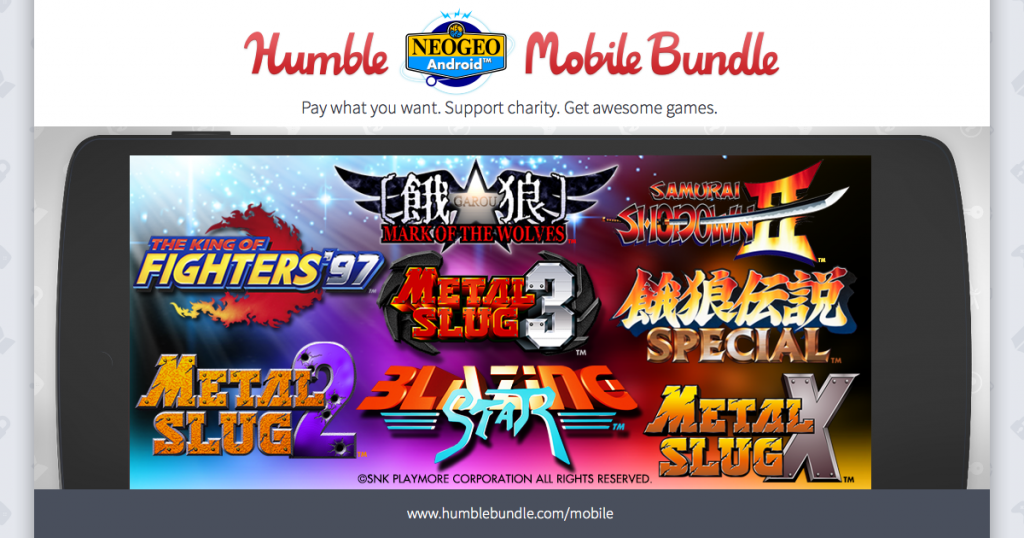 The console may have failed and been forgotten - but the quality games actually remained, and are now officially and fully available for the Android system. So what will you get here? Here is the detail:

In accordance with the standard rules of the Humble Bundle packages, any amount over a single dollar will win you the basic game package, which in this case includes the famous and wonderful Shoot 'Em Up games Metal Slug 2 and Metal Slug X, the King of Fighters 97 , The beating game Garou and the two-dimensional shooting game that scrolls Blazing Star. To clarify why this deal winks at us, we will mention that each of these titles is currently sold out In the Google Play Store, For one dollar (or 3.5 NIS, according to a local determination).

Those who choose to pay more than the average of $ 4.62 will have access to three more games - Fatal Fury Special and Samurai Showdown 2, as well as Metal Slug 3. In addition, at least a couple more titles will be revealed this coming Monday. Above average amount - and will make the deal even more appealing.

So if you are still looking for the best games to pass the time with them anywhere and anytime - turn up some volume storage And jump on this opportunity. We warmly recommend. 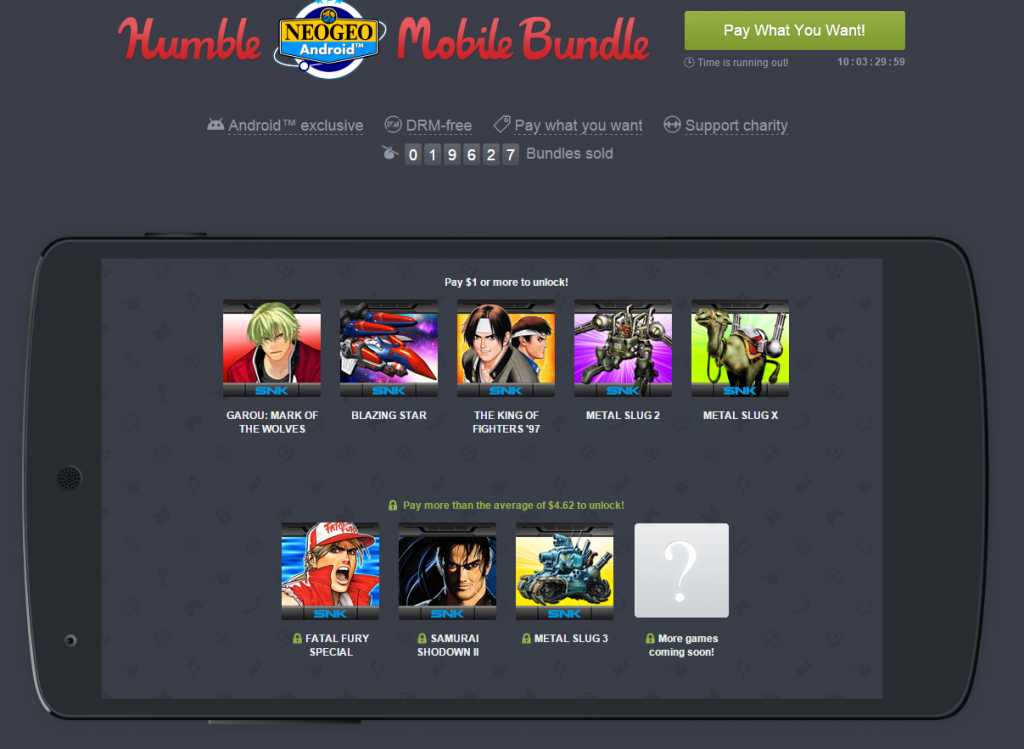