Ultrasonic devices Mobile Ours are getting more and more "real" games that come from the world of home computers and consoles with each passing day, in addition to exclusive games from big names who strive to perfect access and raise the bar in the field. When all this happens, it's easy to understand why the wireless physical controllers market for smart devices is evolving at a rapid pace - after all, offering level control of a console or keyboard and mouse based on just the touch screen is a task that in most cases will simply be impossible.

We've seen quite a few interesting and refreshing ideas for the best combination of game controllers and smartphones and tablets, from tiny devices that can be taken with you in the pocket, through those who pretend to be almost there without feeling like those who dress on the device and turn it into a kind of strange version of the Wii U controller Nintendo Wii. Now it's the turn of the Mad Catz peripheral equipment manufacturer Try her luck in the field - With a futuristic and expensive controller that purports to make everything Smart device For a real gaming machine without compromise.

The new controller, which according to the tradition of Mad Catz receives the somewhat strange name LYNX 9, is basically a controller with a control array similar to that of the DualShock 3 from Sony, But offers a modular and modular Skeletool shape with a number of different extras and modes of use. 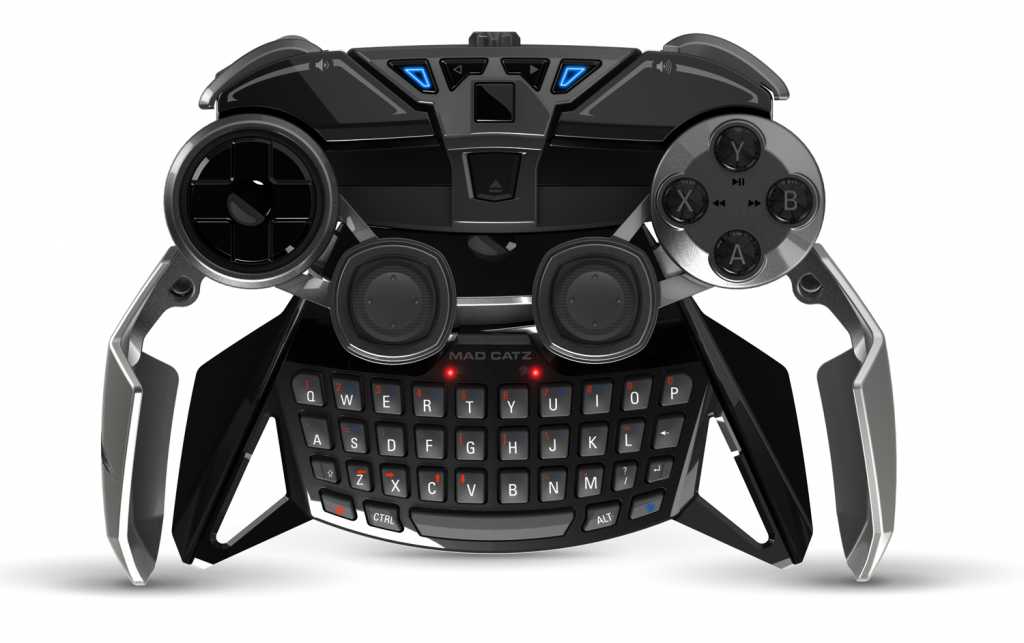 In standard mode, connect your smartphone to the controller above, similar to what Sony offers For its controllers (Or similar to NVIDIA's original Shield console), while the company also offers add-ons designed to improve the grip on the controller and add its QWERTY keyboard when needed. In the second mode, a frame that connects between the two basic parts of the controller will also be able to turn טאבלט For an advanced gaming device - though unfortunately the LYNX 9 only supports 7 inches (at least for now). For dessert, in the third mode, you can connect your smart device to any connected display media HDMI And play with the controller - just like a real stationary home console.

Other "LYNX 9" bonuses include a tiny touchpad designed to replace a mouse, the controller can also be used in gaming on the personal computer, the option of folding the controller knobs to a minimum for carrying, a dedicated application that allows the controller's control features to be customized. The personality of each user and my life battery Which should provide 30 hours of use between charging and charging.

The LYNX 9 is undoubtedly one of the most interesting smart device critics we've seen to date, but with a "heavy" price tag of 300 dollars, it will probably remain a gimmick for a consumer niche that such sums aren't quite as scary. However, a controller with similar modular concept and extended usability and a more "popular" price tag may be just what this market needs to finally jump on the mainstream cart and bring the whole mobile gaming world to a new level.