Meet the cheapest folding smartphone - which is still insanely expensive 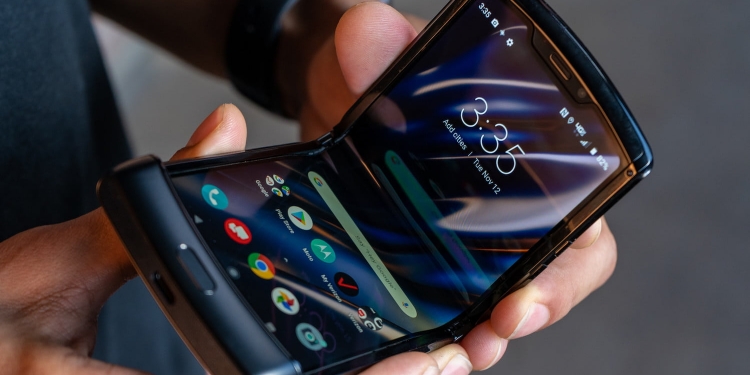 Lenovo and Motorola did what many expected, and perhaps even hoped for - reviving the famous Razr brand in a luxurious modern version, with a unique flexible screen

Somewhere in the early 2000s launched Motorola, So a proud American company, one of its biggest hits ever - the Razr V3, with a slim oyster (or mouthpiece) configuration and an innovative design for the same period that earned it tens of millions of units and several heirs. A decade and a half later the Razr returns, this time under Motorola As a brand of Chinese Lenovo, it will try to prove to users that Smartphones Modern ones don't have to have huge dimensions.

The new Razr is the third commercially available device with a flexible, folding screen, the first of which is horizontal and not vertical with a focus on offering a screen in the modern dimensions we are familiar with, a product of much more compact physical size that will certainly provoke nostalgia before the smartphone era (or At the very least, get started on the smart devices, which were several times smaller than what is now commonplace).

The modern Razr features a front-facing physical fingerprint scanner (in its closed position), camera First, single 16 megapixel resolution with f / 1.7 bright aperture key, 5 megapixel selfie camera inside a screen at the top of the main screen, connectivity based on eSIM technology only (without support for common physical SIM cards) and basic protection Very resistant to random drops of water.

The body of the foldable smartphone is narrower than most modern smartphones, but also relatively high in its open position and surprisingly heavy - 205 grams, which reminds us that the same mechanical hinges that allow the display panel to fold add quite a bit of weight, even in a device that is not completely monstrous. Like the foldable Mate X's Huawei.

It's refreshing to see the Razr come back to life and offers a completely different alternative to the design and look of a smart device in 2019, or in 2020 to be more precise - because the creation of Motorola It will arrive in stores only at the beginning of January, with a price tag of $ 1,500, not including tax. Is there a way to justify such a cost for futuristic design but hardware of an intermediate device at best? Tell us what your impressions are in the comments.