Is the exposure coming? The impressive technical specification of the next OnePlus smartphone leaked to the network

A new model of the Chinese manufacturer is on the way, with chip Snapdragon 820, MEMORY RAM Volume of 6GB and more

Along with the details on the next leading device of Motorola, The network now also gives us verification that a new major model of the ambitious Chinese company OnePlus Is on his way to us -OnePlus 3, although it is quite possible that we will also see another name, with a letter-by-OnePlus X for example.

Results and technical details on a new model that meets the name Rain A3000 and is compatible with the OnePlus model switching method (The OnePlus 2 Was released prior to its release as Spring A2001 / A2003 / A2005, for example) Came to the database of Geekbench performance test When boasting the latest Snapdragon 820 chip, system Android Current 6.0.1 - and memory RAM In a very generous volume of 6GB. 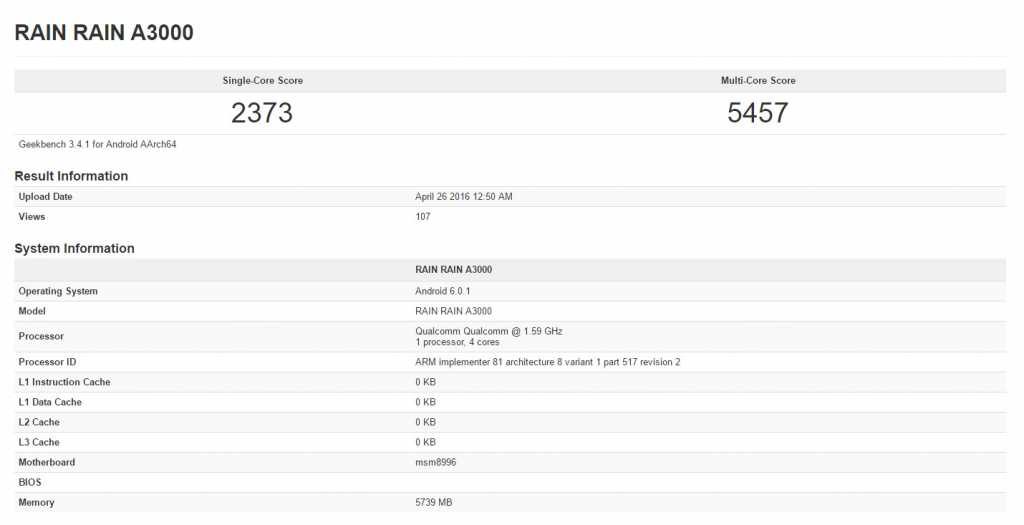 This data is somewhat contradictory to those exposed a little earlier (also under the model name Rain A3000) GFXBench Performance Test Buffer - where it was reported chip Snapdragon 820, combined with 64GB of internal storage, 16 megapixel camera primary, secondary 8 megapixel camera but also 4GB of memory RAM "only". All this leads us to assume that the designated OnePlus 3 will also be offered in several versions with volume RAM Different, or alternatively has undergone an easy upgrade that will allow him to offer buyers the amount ofRAM Which currently exists in the smartphones market. 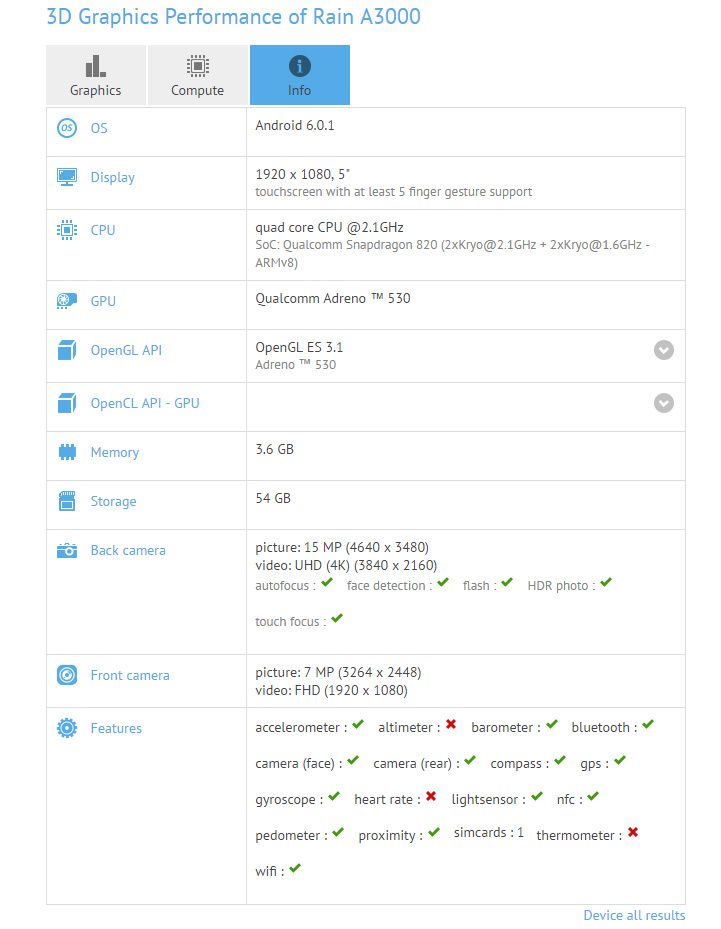 Either way, it seems that all this information comes from performance tests than the next OnePlus device is in advanced testing stages, with a launch that seems to be just beyond the horizon - and with an impressive specification that sounds very similar to the one offered The new Zuk Z2 Pro for Lenovo. the mother OnePlus Will succeed in surprising all of us for the third time, with a price tag cheaper than the competition that will make the new device another offer that is very hard to refuse? Let us hope that the official answers will be received soon.