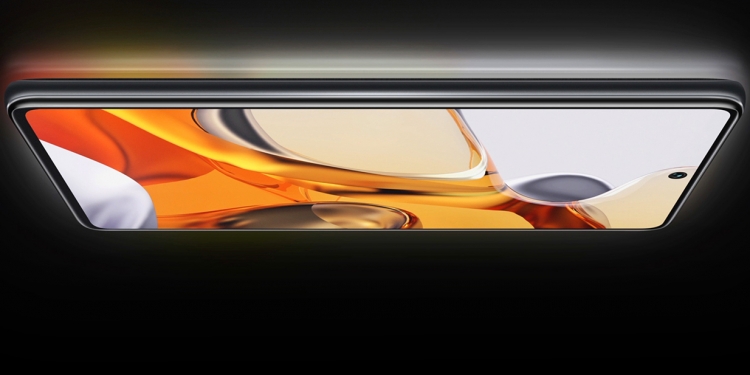 Less than two weeks have passed since then The first Xiaomi 11T models have officially landed in the country, Equipped with the most advanced processing chip that Mediatek has to offer and quite a few other advanced features with a price of a little less than NIS 2,000 as a starting point, and strengthened by theXiaomi Pad 5 and theXiaomi 11 Lite 5G NE at even more affordable prices. Did you think the prominent producer and its official local representative went on hiatus after the triple show? Think again - because from now on you can also get the senior brother in the country, Xiaomi 11T Pro.

The 11T Pro smartphone shares its design and dimensions with the standard 11T, but enjoys some upgrades that will be very significant at least for some users - chip Snapdragon 888 Senior Octagon of Qualcomm In place of Mediatek's senior octagonal Dimensity 1200, Harman / Kardon branded stereo speakers, Super screen AMOLED 6.67 inches with a resolution of 2,400 × 1,080 pixels and a refresh rate of up to 120 Hz which also enjoys support for Dolby Vision content and support for 10-bit depth display and a 5,000mAh battery with fast 120 watt charging that should return full capacity in 17 minutes or less in use Along with the appropriate wall charger (which is not included in the package unfortunately but is required for a separate purchase).

Hamilton will offer the Xiaomi 11T Pro in Israel in only the most advanced configuration, at least in the first phase, with 256GB of fast internal UFS 3.1 storage (without further expansion support with various microSD cards) and 12GB of LPDDR4X memory, in integrated blue or purple Gray and with a 24-month warranty, cover for repairing one break in the display panel during the first half year from the moment of purchase and also a wireless speaker and wireless headphones that are included in the price at no extra cost - all for NIS 2,700, which is a reduction of NIS 500 from NIS 3,200. God-Snapdragon The second 888 that is officially available in Israel from Shiomi, theXiaomi My 11 5G.

It is worth noting that in Israel, the Mi 11i 5G model can also be obtained through parallel importers as the most accessible Snapdragon 888 device, with a starting price tag of less than NIS 1,800 for a version with 256GB of storage and 8GB of dynamic memory, while also It features an advanced Super AMOLED screen of the same size and a triangular photo set very similar (to the exact same extent) to the 11T Pro - but if battery Greatness and possible support for ultra-fast charging are significant data for you. The new model undoubtedly has a significant advantage over the Mi 11i, which settles for a more modest 4,520mAh battery with a 33-watt wired charge.

The latest Snapdragon 888 smartphone did not land alone in the official Shiomi store in Israel, but brought with it another companion - the Xiaomi Pad 5 in another edition with double fast internal storage capacity of 256GB, along with 6GB of dynamic memory and all the other technical features of the model already presented recently. This is another edition of it טאבלט Already launched in the local landscape and not in theXiaomi The reinforced Pad 5 Pro that has not yet gone beyond the borders of the Far East, but the encouraging news is that the manufacturer and importer charge only NIS 100 as an addition to the storage upgrade from 128GB to 256GB - an addition of less than six percent to the overall price of the product for storage A generous double, which we would be happy to see as a new standard for the other manufacturers, some of which continue to demand additions of hundreds of shekels and tens of percent in relation to the source price from consumers who are most interested storage.