Flowers for Mediatek: Impressive level of performance at minimal cost

As guaranteed, the Oppo Realme brand provided us with a formal announcement about a first budget smartphone based on chip The Helio G70 - and now with initial performance test results that make it clear that it's similar in capabilities to the rival's Snapdragon 665 Qualcomm It can already be declared a significant advance on smartphones that can only be purchased for about $ 100.

God-Realme The new C3 was tested by GSMArena as part of its announcement event in India - and returned from the battle with a respectable score of 192,000 points in the common Antutu test, alongside performance at the Adreno 610 level in GFXBench 3.1 graphics tests. 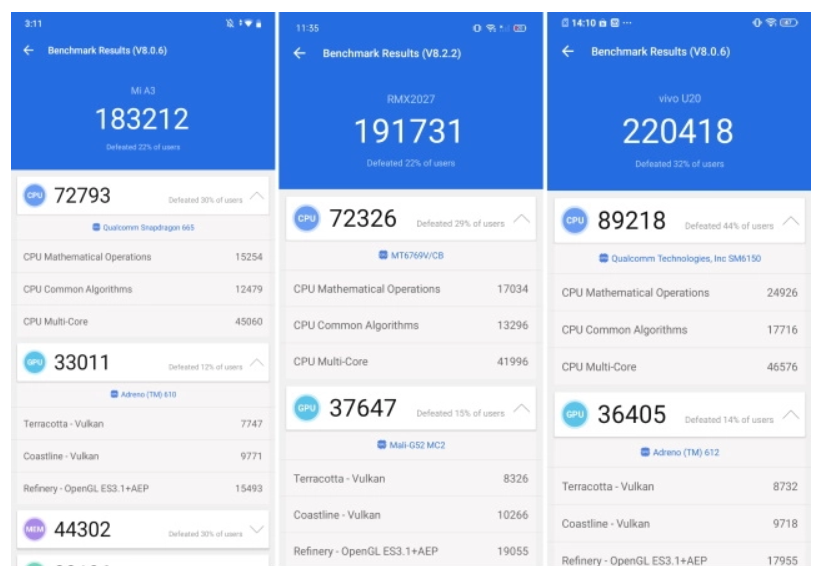 Outstanding performance in the most common performance tests in the field, especially when considering competitive price tags
Image source: gsmarena.com and beebom.com

The Realme C3 will be offered in India at Rs 7,000 ($ 98 only) for 32GB of storage with 3GB of dynamic memory and Rs 8,000 ($ 112) for 64GB of storage and 4GB of RAM, with our fingers crossed that you will also Western launch similar to the one received last year's Realme 5 and Realme X2 models. It will now be very intriguing to find out whether there is a chance that theSnapdragon The latest and most promising 460 will also star in smartphones with a similar price - or the Helio G70 will be crowned the undisputed champion for all those who are willing to compromise on display resolution in exchange for as reduced a price as possible.

Is it possible to hope that the fresh device from the brand that gained its independence from Shiomi will cost only NIS 600 when it is launched in Israel?

Who did you call Black Friday? Concentration of Steam's big fall deals

The celebration continues: another big sale on Amazon on the occasion of Black Friday 2020