Recent reports confirm that סמסונג Has decided to eliminate its enlarged smartphone series - while combining its unique features into the next Ultra model in the series.Galaxy S as a substitute

A lot of rumors on the subject have been circulating on the net in recent months but now it seems to be final, at least in the eyes of the famous Twitter leakers - סמסונג Has decided to cancel the devices of the seriesGalaxy Note in favor of an increased focus on the flag series Galaxy S, in parallel with the aggressive development of its field of flexible smart devices.

The series of devices that started in 2011 (with a "huge" 5.3-inch screen) had significant successes as well as serious breaking points in the past decade, but eventually proved to the world that there is an audience for Smartphones With extra large screens, and there are good reasons for the existence of a touch pen for this product category.

Since the large screens that characterized the Note models have become a sort of standard for many flagships that now include several sub-models in different sizes to win over as many consumers as possible, the S-Pen has become the only feature that has allowed these devices to stand out - hence the decision of סמסונג Is to eliminate the brand, but not its unique usefulness and potential: theGalaxy Next year's senior S22 Ultra will have its own support for dedicated smart touch pens, including a convenient internal slot for storage just like with all handsetsGalaxy Note for their generations.

The network agrees that סמסונג Maintain a triple family of models Galaxy S22 on the way to announcement and launch are requested during February 2022, although in this incarnation it seems that the standard S22 and S22 Plus will share a design and photo set while the S22 Ultra in question will be a different beast, with a more advanced photo set and a sharper and more rectangular design inspired Note models from previous years.

The Galaxy S22 may feature a smaller Super AMOLED screen than its predecessor, with a diagonal size of only 6.06 inches (for direct competition with theiPhone The new 13) with 1080p resolution and with support for a high refresh rate of up to 120 Hz of course, with the internal battery reduced to 3,700mAh capacity according to the new general reduced dimensions. God-Galaxy The S22 Plus will feature a 6.55-inch Super AMOLED screen with the same 1080p resolution and a refresh rate of up to 120 Hz, along with a 4,500mAh battery that will also be a slight reduction over theGalaxy S21 Plus. Both models will provide users with a modern triangular rear camera, with a new large 50-megapixel sensor, a 12-megapixel wide-angle camera and a 10-megapixel telephoto sensor for up to 3x optical zoom compared to the central unit. 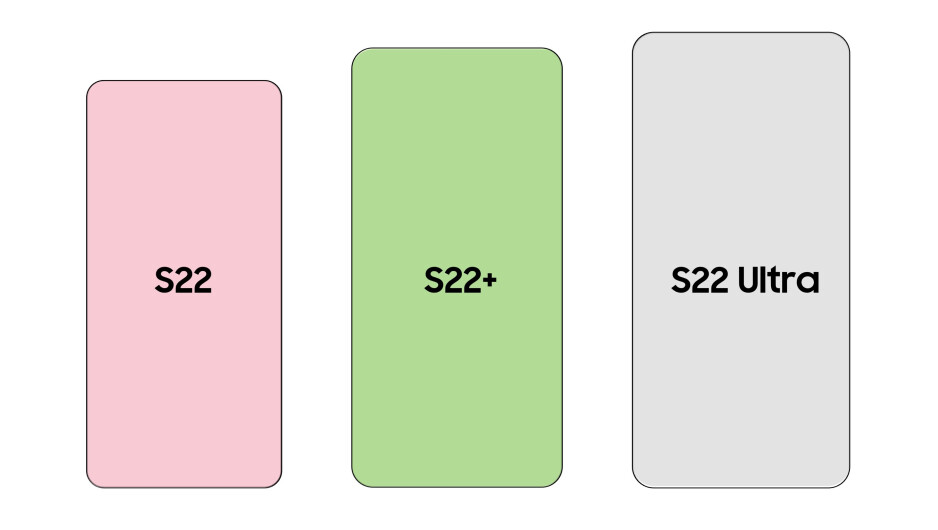 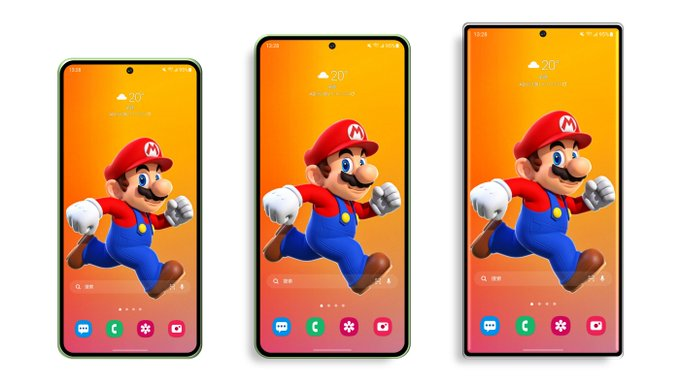 God-Galaxy The S22 Ultra, for its part, may offer a 6.8-inch Super AMOLED screen with 1440p resolution and a refresh rate of up to 120 Hz, along with a triple photo array that will include an oversized 108-megapixel sensor and secondary 12-megapixel sensors for both wide-angle and close-up shooting , With a combination of 5,000mAh battery that supports charging 45 watts wired. All three devices will be offered with Snapdragon 898 chips and Exynos 2200 chips (including a graphics core based on AMD's RDNA 2 architecture) in different parts of the globe, in addition to a system Android 12 straight out of the box features a new One UI 4.0 interface above it.

Are there any more surprises from home סמסונג That await us in the coming months? We will keep you updated at every opportunity.