SK Hynix of Korea joins rival Samsung, and announces ultra-fast memories for smart devices in the UFS 2.0 standard. Prepare for the performance of theSSD, Not just the Galaxy S6

The Galaxy S6 brought with it a number of important and impressive technological innovations, and while all the reminders are chip The super-economical 14nm and concave screen on both sides of the S6 Edge, an equally important innovation also took place below the surface, in the segment of the device's built-in storage volume - where we first met in memory in the standardUFS New and fast 2.0 (Universal Flash Storage).

From the beginning of the smartphone era to the present day, almost all the smart devices were based on a memory that is NAND memory,SSD. However, it is not the same, and although the memories of the smartphones were intrinsically superior to the hard drive option (you would be surprised, but there were some esoteric smart devices that tried to integrate them), they were based on an eMMC standard with capabilities and performance that were very far from the "NAND On personal computers. 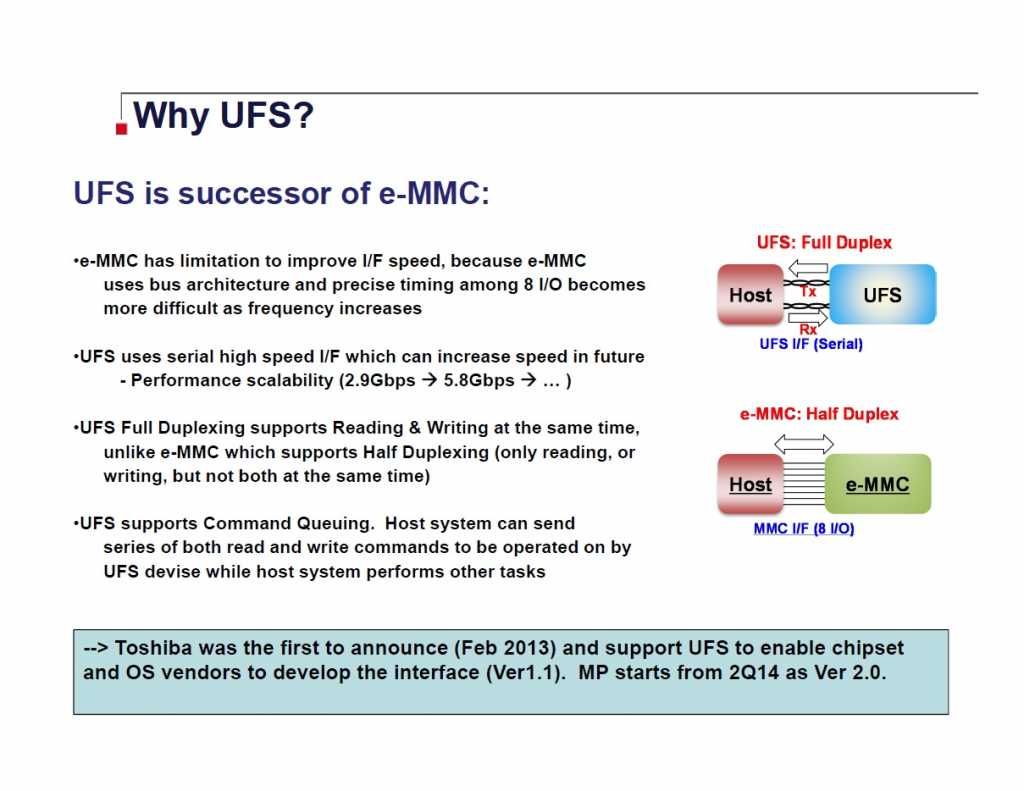 The eMMC standard has continued to evolve and upgrade over the years, but in practice has struggled to offer decent random read and write performance - something that would be noticeably evident in actions like a jerky opening of a gallery with many large images, or slow loading of a resource-intensive game. Due to this, the UFS standard was born to provide a leap forward in terms of the performance of tiny, cost-effective volumes adapted for ultra-portable devices, and then came Samsung, one of the leaders in the field of NAND memory production, which decided to take advantage of its capabilities to be First in the market Offer support for new capabilities.

and so it was - The Galaxy S6 And his brother The S6 Edge Suggested memories UFS 2.0, Which presented a significant advantage Across all Memories The eMMC in other smartphones, in almost every parameter and category. It's hard to say that this performance boost was felt particularly noticeably as part of standard daily use of the S6, but it was clear that there was a very positive line here.

After all this introduction, he approached the main thing - the Korean SK Hynix, a significant rival of Samsung both in the field of NAND production and in the field of DRAM chip production, Apple Announces Which also enters the game with its own UFS 2.0 memory. The memory in question will be 64GB, based on chips NAND In 16-nm lithography, and with a performance of up to 780 MB per second in continuous reading, up to 160 MB per second in continuous writing, and up to 32,000 IOPS in random reading and 17,000 IOPS in random writing - performance that is significantly better than those stated סמסונג At the time.

As you can see, these data are not quite as close to what you get on the drive SSD "Big" on your computer - but in SK Hynix Declare that it is nevertheless an 3 improvement from the performance offered by the eMMC 5.1 standard, the latest and most advanced competitor.

Beyond the fact that UFS 2.0 memory will be available to all manufacturers and will allow them to take their devices to the next level, it will also create competition that did not exist in the market - and may convince סמסונג Open its doors and offer its memories to other manufacturers in a similar way. If and when this happens, there is no doubt that other manufacturers such as SanDisk or Toshiba Show interest and enter the game.

UFS memories may not be the most urgent revolution the smart device world needs at this time, but it's still an important step forward - and we have no doubt that in a few years we'll all look back and wonder how we managed so long without volume storage Reasonable performance internally on our smartphone or tablet.