The most efficient to date: ARM announces core of Cortex A35 • HWzone

The most efficient to date: ARM announces Corex A35 core

The British hardware developer has Core Which promises to be even cheaper and more cost-effective than the Cortex A53, hoping to connect a billion more users to the era of smartphones

The E-ARM Continues to enjoy tremendous growth in popularity, along with smartphone and tablet markets that rely almost entirely on it, and today it seems that it can already be a direct and significant competitor to the X86 architecture on which Intel's renowned processors and high-ARM.

However, ARM Holdings, which develops and leases the use of cores based on this architecture to the various chip makers, does not seem to forget the modest sources of their success - and launch now A new core processing core, Which is expected to be a true heir to the core Cortex A7 with Performence Better power consumption, and a very popular price. 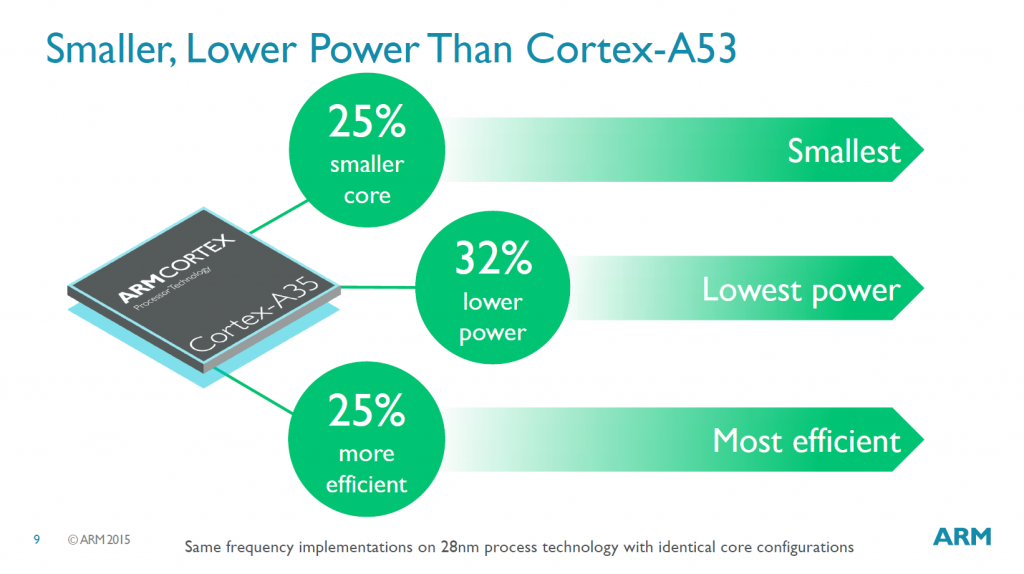 The new Cortex A35 core will be placed below To the Corex A53 core Which are well known to us from every recent intermediate chip. These two cores will be based on the ARMv8 architecture on the 64 bit (unlike the Cortex A7 which was the core of the 32 bit only)ARM Declare that the performance differences between A53 and A35 are not particularly large, with efficiency differences significant for the new nurse. 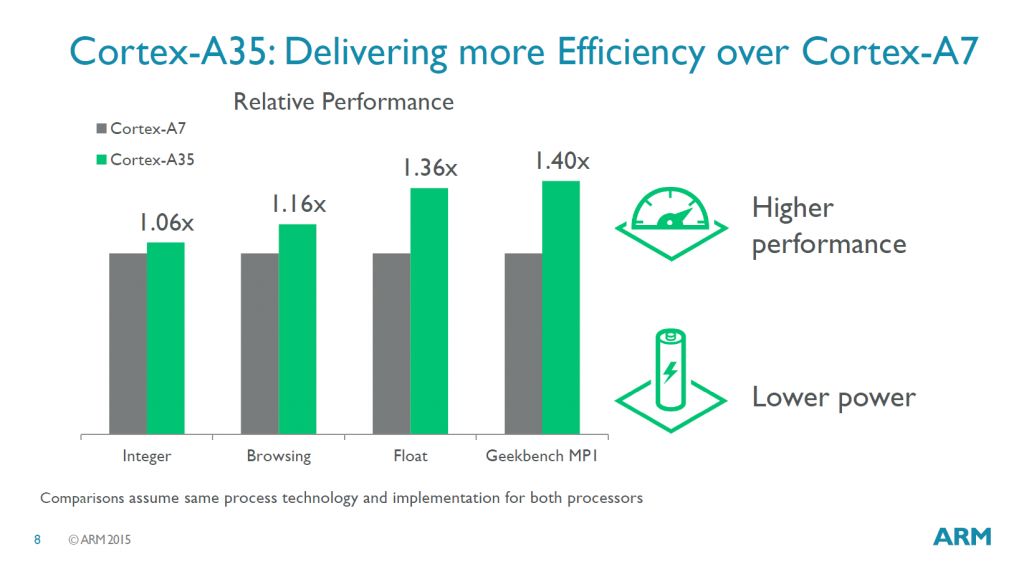 First chips to integrate the Cortex A35 cores will only arrive in a while, ostensibly during the second half of 2016, but when that finally happens, we should start getting medium-low-market devices that will be more efficient and affordable than ever - after all last year we saw consumers Many for which a device is based chip The Cortex A7 core quad operated 'good enough', and the same is true for the Cortex A53 quad-core chips in the current year. 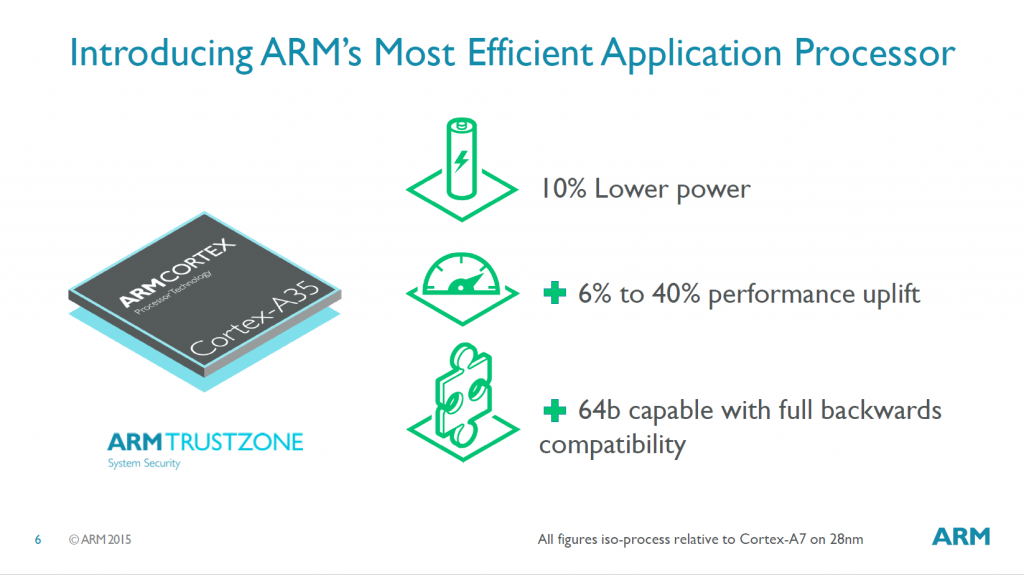 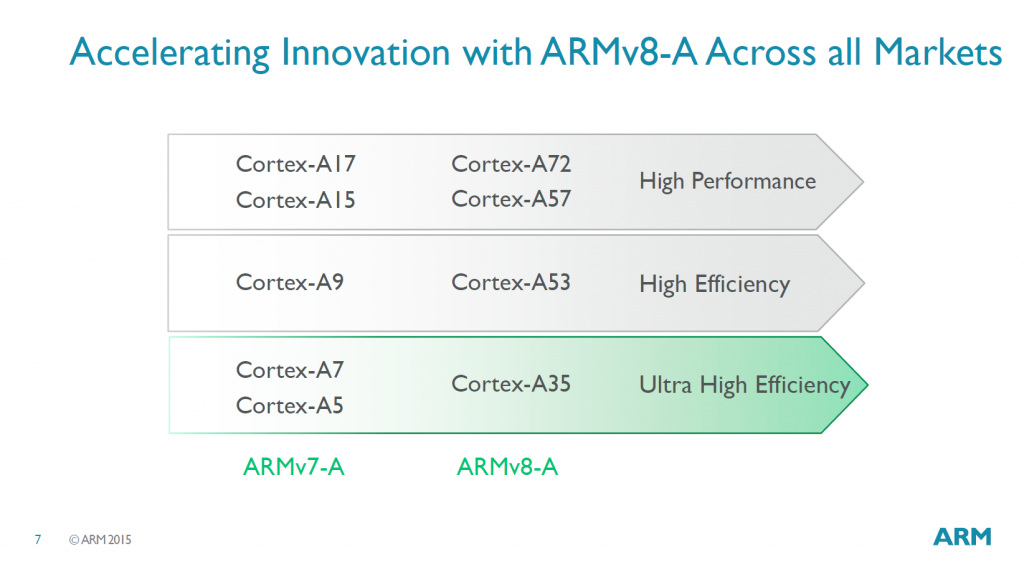 The chipmaker believes that the Cortex A35 will allow another billion new consumers around the world to have a smart device with access to the internet's endless data bases (in developing countries, of course), and we certainly hope that vision comes true - Smartphones Medium and reasonable prices at a cost of only a few dozen dollars sounded like a concept that all users could only profit from.