The most popular app in Apple's store was removed unexpectedly

The world of iOS is in shock. The most popular application in the framework of a new wave that came with the launch of iOS 9 and offered to do what the fender in the mobile system of Dark For the first time, blocking advertisements, downloading from the App Store unexpectedly and only two days after it was launched.

The Peace application, which was offered to users at a cost of $ 3 and created by a developer named Marco Armant (who had previously created the successful Instapaper application), came within 24 hours of the most popular application Dark - Perhaps due to the fact that it was based on the database of another browser plugin called Ghostery, and emphasizes not only the blocking of annoying visual advertisements, but also the blocking of tracking tools and information gathering on various sites that are often hidden from view but no less annoying. 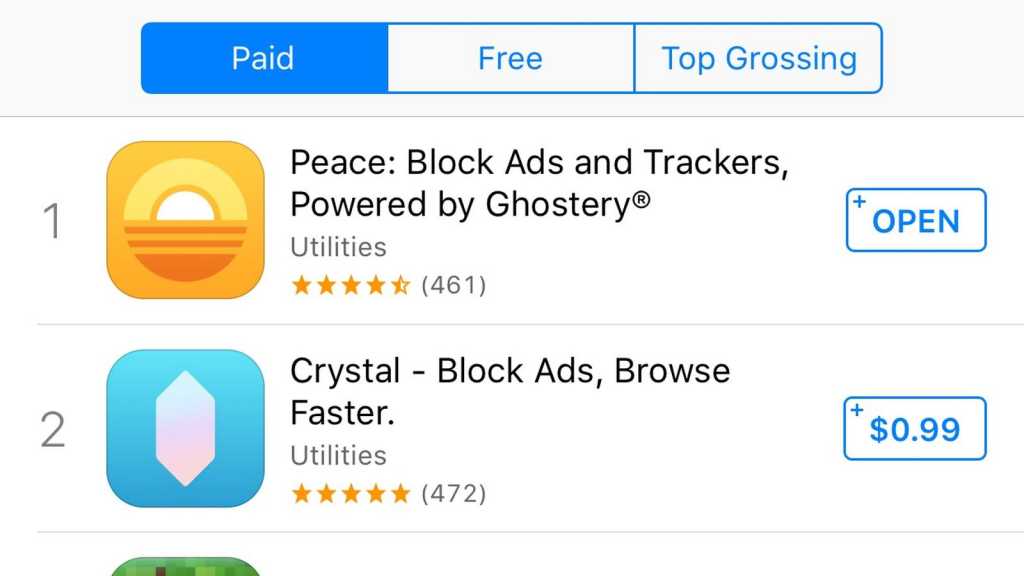 However, in just two days the app disappeared from the Google Store Dark, And on its official website the developer explained that he simply 'does not feel right' to be the one responsible for harming many factors that depend on the same advertisements in order to survive and continue to act. In the retirement announcement, he promises that those who have already purchased the app will be free to continue using it (but will not receive updates of any kind), and also offers everyone else to check out new alternatives like Crystal and Purify - which have already taken Peace's place at the top of the app. Store?

So what caused the sudden change in a talented developer? Maybe it's really a conscience that struck suddenly, maybe it's a clever marketing ploy designed to bounce his name into the headlines and who knows, maybe it's also pressure from sources interested in the world of mobile advertising. One thing is for sure - the era of blocking advertisements on smartphones and tablets is already here and in a big way, and it is probably not going anywhere, to the delight of the surfers at the end and to the chagrin of various advertisers.