The thinnest, the strongest? Samsung Announces War on iPad, Again

I like the general lines of the Galaxy S6, but I'd like to get it in a much larger package at a lower price? From now on, Samsung has exactly what you are looking for, thanks to a pair of new and advanced tablets that support names Galaxy Tab S2 9.7 andGalaxy Tab S2 8.0.

Both new tablets offer chip Exynos 5433 Advanced octa-core (but not the most advanced Exynos 7420, unfortunately), Super AMOLED screen with a generous resolution of 1,536 × 2,048 pixels (yes, this is a "square" ratio of 4: 3, just like with Apple), RAM in volume 3GB, the Lollipop 5.0 Android system with the company's familiar interface, 32GB or 64GB of storage plus a microSD slot, a built-in fingerprint sensor and a very impressive 5.6mm thinness each - which robs the Galaxy A8 of the thinnest device title of סמסונג, Just a week after our solemn coronation. 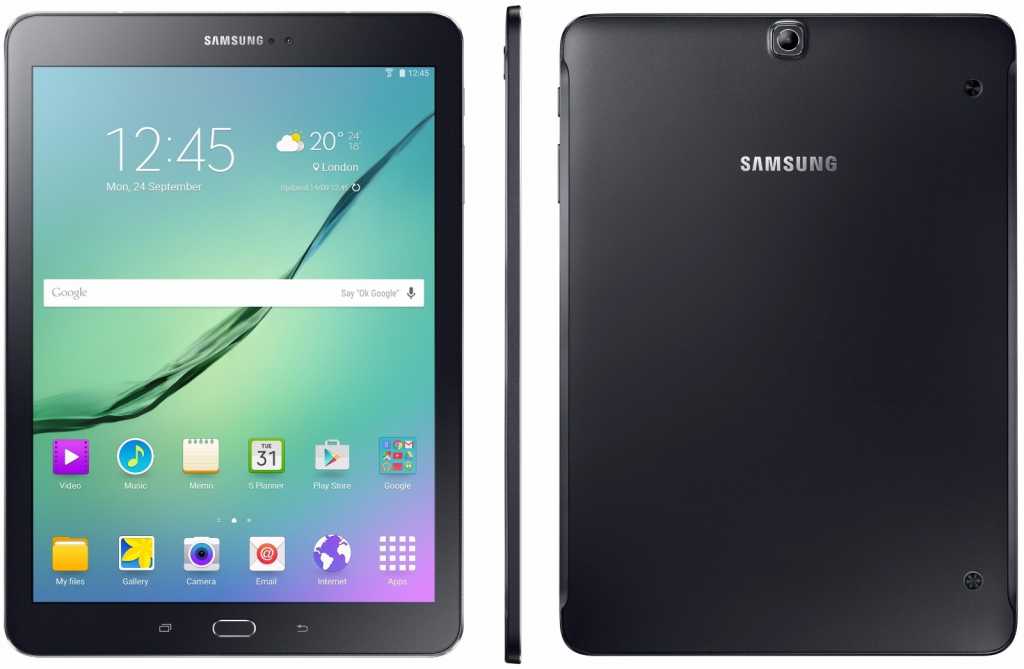 The main difference between the new pair of tablets and the Galaxy S6, apart from the chip that comes directly from the Galaxy Note 4, is the shell - which in this case is made of only metal-like plastic with a metal shell, and not real metal. However, this choice also has advantages in the form of a slot for expanding storage volume, and very low weights of only 265 grams for the 8-inch model and 389 grams for the 9.7-inch model. 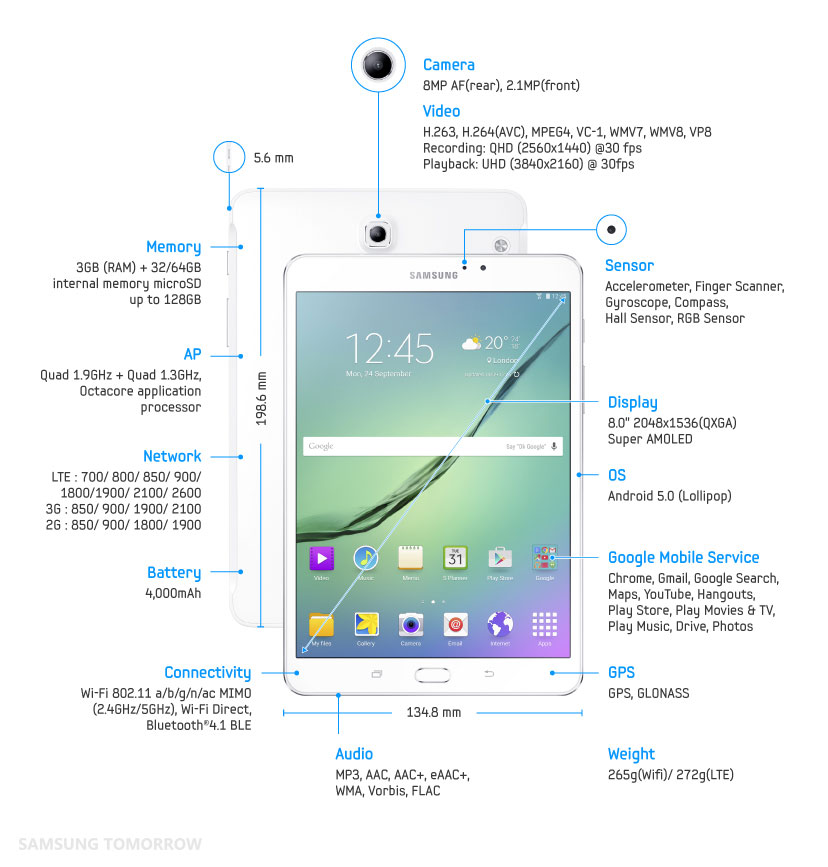 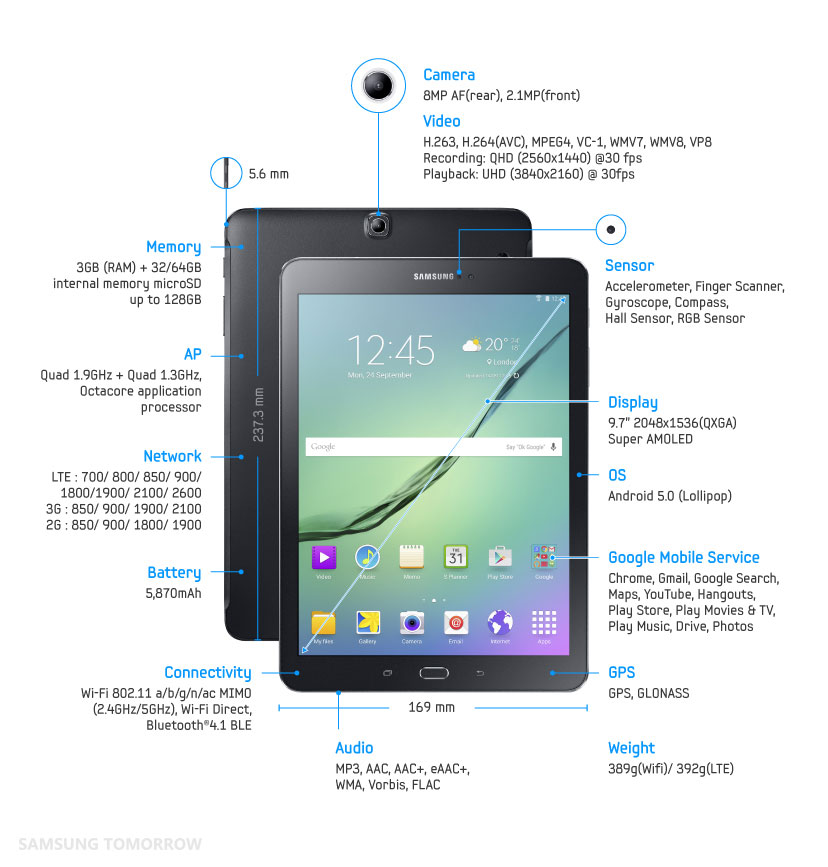 To a certain extent,Galaxy The S2 8.0 is compact enough and easy enough to be considered as a really smart phone,LTE His. Because who determined that 7 inches for this smartphone is OK and 8 inches is not anymore?

The new Galaxy Tab S2 tablets will hit stores next month, when Samsung has yet to reveal their official prices, but given the considerable resemblance to everything the current iPad Air and iPad Mini offer us - let us throw in an intelligent $ 500 guess for the Wi-Fi version Fi of the big tablet, and $ 400 for the Wi-Fi version of the 8-inch tablet. Even such prices will put the סמסונג With a relative advantage, by the way, thanks to the double basic storage volume, as well as the "bonus" in the form of the slotsmicroSD.

Does this time Samsung have a chance to provide real competition for Apple's unbeatable tablets? Not at all sure, but it may well be the best experience the Korean giant has had so far.