The new standard in the middle market? The Vivo X60 and Vivo X60 Pro are revealed with Samsung's intriguing chip

The first two devices with chip Exynos 1080 does not reach us סמסונג Itself, miraculously - but helping us understand what can be obtained in the market for less than 2,000 shekels in the year ahead

Samsung still does not feel fully mature to show us the full capabilities of chip Its senior processing for new-generation smartphones, however chip Its other innovative 5 nm is already due to enter into mass-produced smart devices - please get the X60 and X60 Pro, which will be the basis for the debut of theExynos 1080.

The Vivo X60 Pro offers us a 6.56-inch Super AMOLED screen with a resolution of 1,080 × 2,376 pixels and a refresh rate of up to 120 Hz, which seems like the latest default even at medium price levels, dynamic memory of 12GB, fast internal storage in the UFS standard with a volume of 256GB , Android 11 system with the Chinese manufacturer's new OriginOS interface, built-in optical fingerprint scanner under the display panel, internal 4,200mAh battery with fast 33 watt charging - and an efficient chip of סמסונג With four advanced Cortex A78 cores, four cost-effective Cortex A55 cores, modem Mobile phones Built-in support 5G And a Mali-G78 MP10 graphics core.

The X60 Pro's photo array stands out as another significant strength - with a 48-megapixel main sensor enjoying an F / 1.5 key lens and advanced four-axis optical stabilization (the company defines it as a gimbal, as equipment that accompanies sophisticated dedicated cameras), a 13-megapixel sensor -Pixel for wide-angle photography that also functions as a macro sensor thanks to a minimum shooting distance of only 2.5 centimeters, a 13-megapixel telephoto sensor for up to 2x close-up photography compared to the main sensor and an 8-megapixel sensor in a periscope configuration for up to 5x optical zoom.

The standard Vivo X60 will differ from the Pro model in only a few specific features - with a triangular main photo array that raises the unique periscope camera giving up the advanced optical stabilization array for the main sensor, a 4,300mAh battery that is minor (which utilizes some of the space saved by turning off the camera sensor Fourth), 128GB or 256GB storage volumes and memory RAM A more modest 8GB - this with the addition of a white hue that will be available only in this configuration, compared to a gray hue and a combined light blue-red hue called Aurora that will be available in all sub-versions.

Prices for the new devices will start at 3,500 Chinese yuan, which is $ 536 or NIS 1,740 in direct conversion, for the Vivo X60 model with 8GB of dynamic memory and 128GB of storage, will continue with 3,800 yuan or NIS 1,890 for the X60 model with 256GB storage and will end at -4,500 yuan or NIS 2,240 for the Vivo X60 Pro with 12GB of RAM and 256GB of internal storage. For smart device owner chip Which delivers similar and even good performance in some cases from Qualcomm's Snapdragon 865, seems to be a nice deal - yet it's hard to ignore the Xiaomi Mi 11 just introduced, with the same starting price as the maximum price of the Vivo X60 Pro and chip God-Snapdragon The new 888 that is expected to take the lead when it comes to performance without too much opposition from theExynos 1080 starring here.

Our chances of seeing these X60 models in Israel are slim to non-existent, it seems, judging by the lack of Vivo supply in the country in previous years despite the declining popularity in Eastern countries - but we will certainly be happy to get alternative models with chips Exynos 1080 within them that will fill the gap and enrich the local competition, from Samsung or any other player that chooses to adopt the technology in the coming year.

In addition, after the entry of Realme To the local swamp last year - maybe this is the right time for local entrepreneurs to pick up the gauntlet in a similar engagement with Vivo? The smartphones in this article could serve as a very good starting point for our tastes. 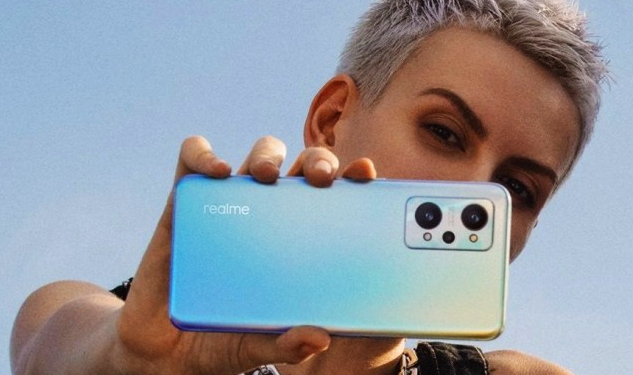