It is reported that the third-largest manufacturer in the market has begun mass production of high-Kirin 970, ahead of the launch of the large 10 Mate device

With the surprising sales figures reported to her some time ago, there is no argument that the "Huawei Seriously - and so are the flagship products it brings to the market.

According to the latest reports, Chinese company is almost ready for the serial production of Mate 10 devices, which will be its leading product for the second half of 2017 - and also the premiere stage for chip The new generation of HiSilicon,Kirin 970.

The development of the Kirin 970 chip is fully completed, it seems, and is in your mass production phase for entry into the spoken Mate 10 models that may win their official announcement this October - likely based on a new and advanced 10 nm manufacturing process TSMC, with eight processing cores similar or identical to those we received at Kirin 960 (at increased working frequencies, most likely), an enhanced in-house graphics core ARM With 12 processing threads in place of only eight in-Kirin 960, and a host of advanced and modern features.

The Mate 10 is also likely to come with an 6.1-inch diagonal edge-to-edge ultralight screen, a dual rear camera that quickly becomes one of the manufacturer's flagship features, a screen with three-dimensional touch-sensing support and more - so there's definitely what to expect , Even at a time when not all details are known.

updating: A company teaser image points to a planned launch of Mate 10 on 16 in October, two months from now. Want to try and guess what the price tag will be? 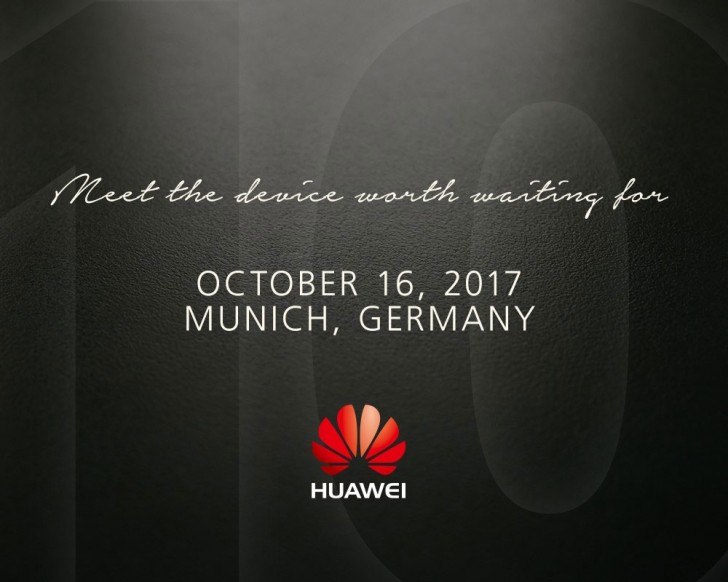 Wait, there's more!
Join To the group of zon And you can receive exclusive updates on various offers on the net, share content that you find interesting, consult with members of the site, and more - Join now!
Tags
ARM Huawei Chinese manufacturers
Share
Facebook Twitter LinkedIn WhatsApp Telegram